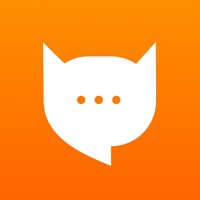 Each cat has their own unique vocabulary that they use to communicate with their owners consistently when in the same context. For example, each cat has their own distinct meow for “food” or for “let me out.” This is not necessarily a language, as cats do not share the same meows to communicate the same thing, but we can use Machine Learning to interpret an individual cat’s meows. The MeowTalk app does just that. Once you create a profile for your cat, a simple process that requires just providing your cat’s name, you are ready to start translating your cat’s meows. Several translations are already built-in but specific translations will require a little training of the app to recognize your cat’s specific meow-cabulary. If you know a translation is wrong, just fix it through the app and select the correct translation. This helps the app lear. You can create new translation labels if you don’t see a suitable one. MeowTalk learns with each translation you confirm. The vision for MeowTalk is for the app to translate the cat’s meow into human speech, giving your cat a true voice. This feature is coming soon. For now, this version of the app is restricted to text translations. 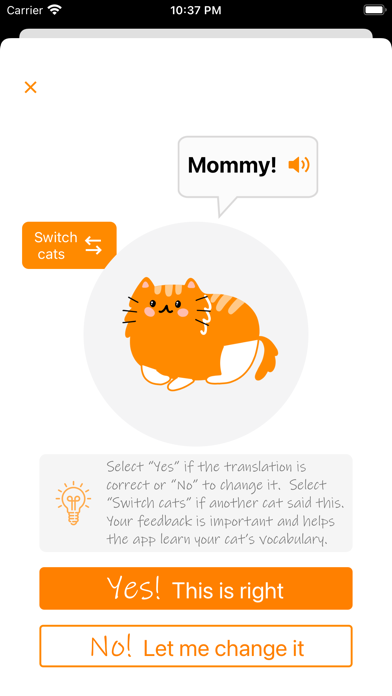 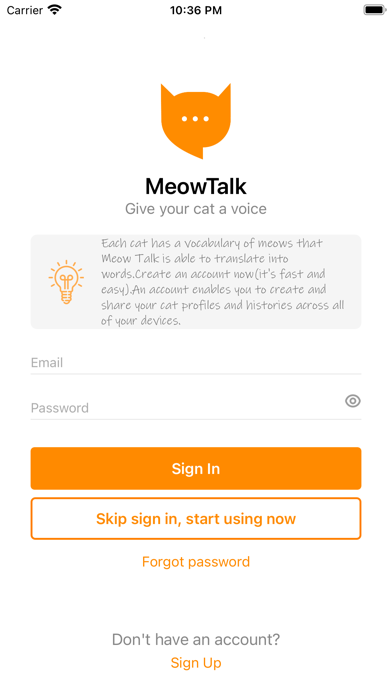 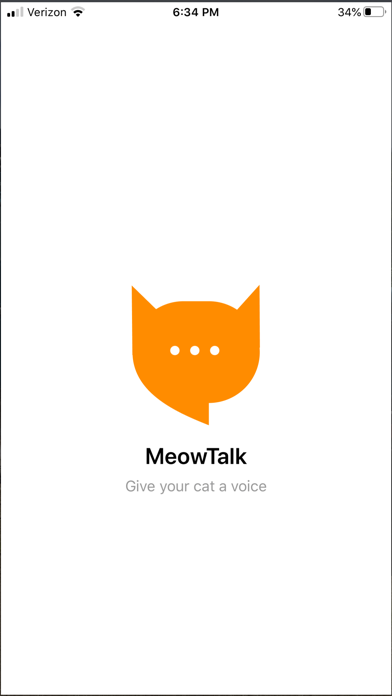 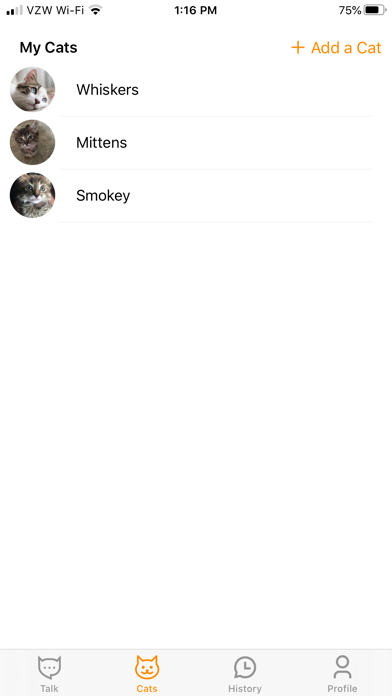 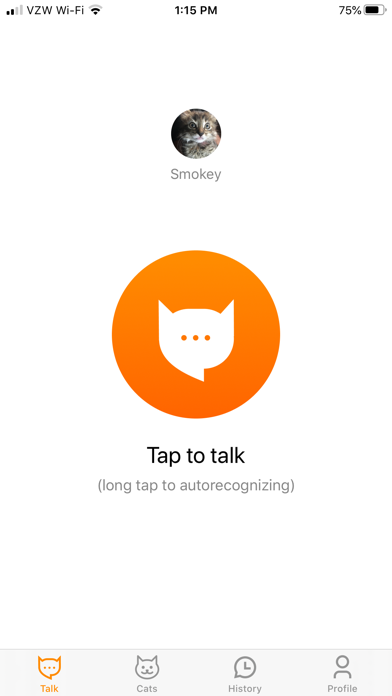 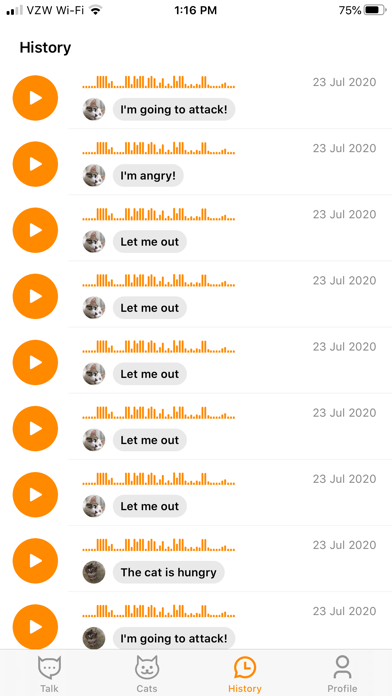