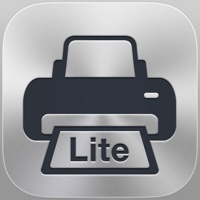 ◆ Printer Pro prints attachments, documents, web pages and more right from the iPad/iPhone PLEASE NOTE: Printer Pro Lite is aimed to check compatibility with your printer setup. If it works fine with your printer, get the full version of Printer Pro to print your documents. Printer Pro is the application that lets you wirelessly print from the iPhone or iPad. It can print directly to many Wi-Fi printers and to any printer attached to your Mac or PC via helper application installed on your computer. Once installed, Printer Pro appears in the "Open In..." list on your device. This lets you print documents from Mail, Safari, Documents and many other applications on your device that supports this function. Using "Open In..." approach you can print files from many popular online storages: Dropbox and Google Drive. It just a matter of several taps to download your file via free Dropbox or Google Drive application and send it to printer. To print a web page, just change "http" to "phttp" in the address bar in Safari and tap Go. The page will immediately be opened in the Printer Pro with print button right above your finger. You can print web based documents as well using this approach. With Printer Pro you can print: - Email Attachments - iWork documents - Web pages - Files from other applications - Clipboard content - Photos - Documents on Dropbox and GoogleDocs - Contacts ◆ Printer Pro Desktop Get free helper application for your computer to print more types of documents and with better quality. You can download it at www.readdle.com/printerpro ◆ List of supported document formats PDF, Word, Excel, Powerpoint, Pages, Numbers, Keynote, TXT, HTML, JPG, Safari webarchive. Feel free to contact us If you have any suggestions, questions or issues at http://readdle.com/contact 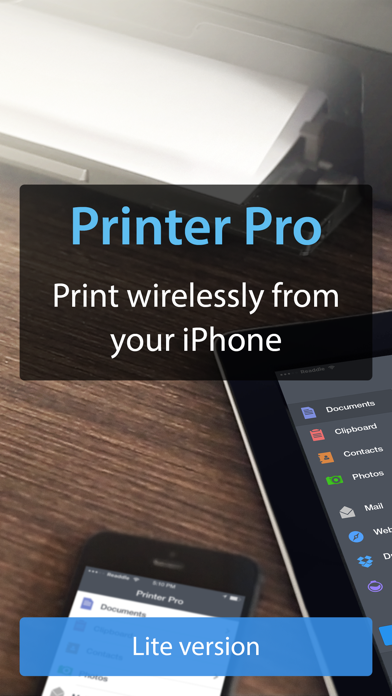 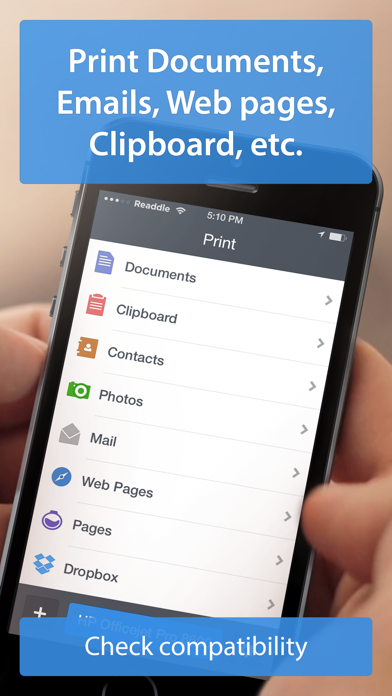 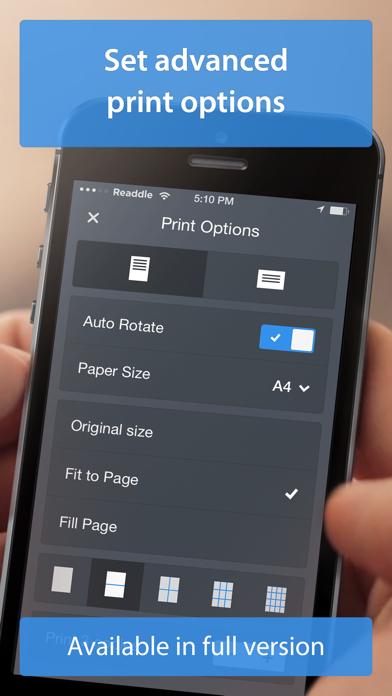 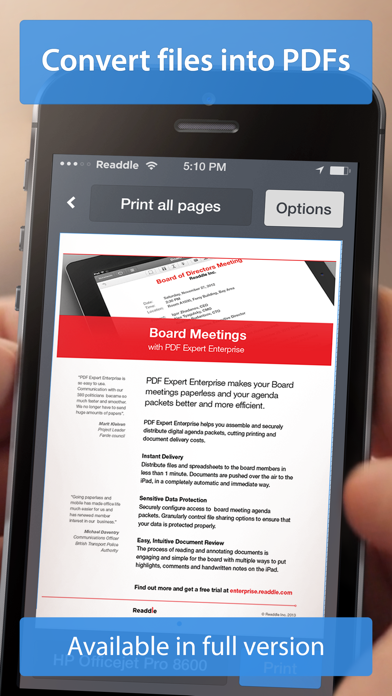 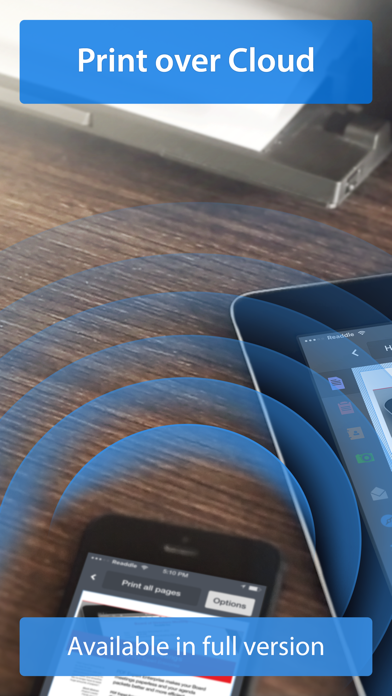