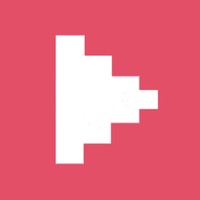 Get the music player you need, combining ease-of-use with professional grade features : - Crossfade songs - Cue songs with the Stop&Go mode (auto pause) - Use VERY large buttons to control playback - Disable automatic locking of the screen - Quickly edit playlist during playback You also get a bunch of cool features like smoother music pausing (using crossfade mode), "play next" or "prepare song" options, and straightforward playlist reordering. The "Stop & Go playback mode" pauses playback between each track of the playlist, because sometimes you don't want your device to automatically play the next song. This app was originally designed for people who use their iPhone to play music in situations where they need to reduce their chances to mess up with the player controls (Public event, fitness or dance class...). Hence the very large buttons ! Stop&Go can play iCloud songs when they have been downloaded on the device through the Music app. Apple Music songs can't be played as they are DRM protected. If you wish to get more features or if you simply wish to show your appreciation for this app, check out the Stop&Go+ app ! I welcome your feedback, feel free to leave a comment in the App Store. Please report issues to : [email protected] as I can't get back in touch with you through the comment section of the App Store. 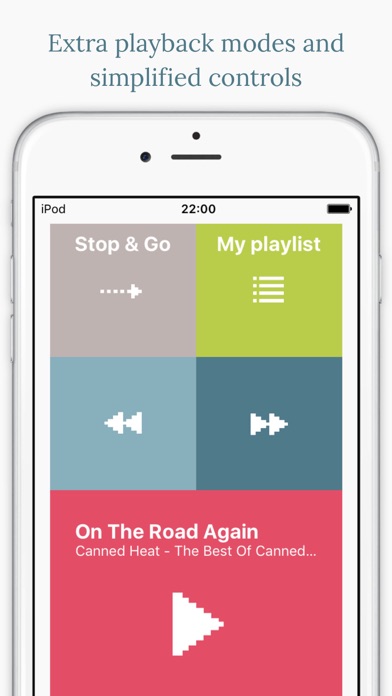 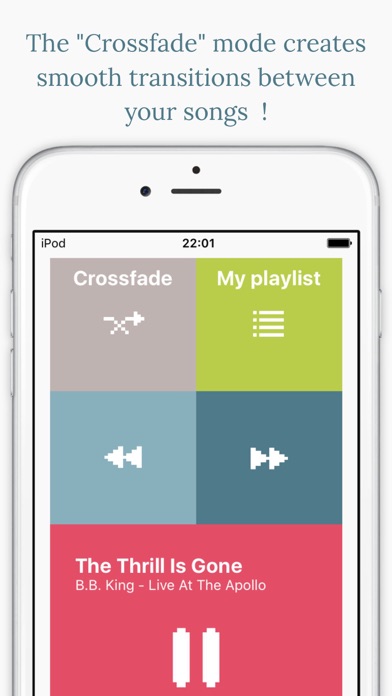 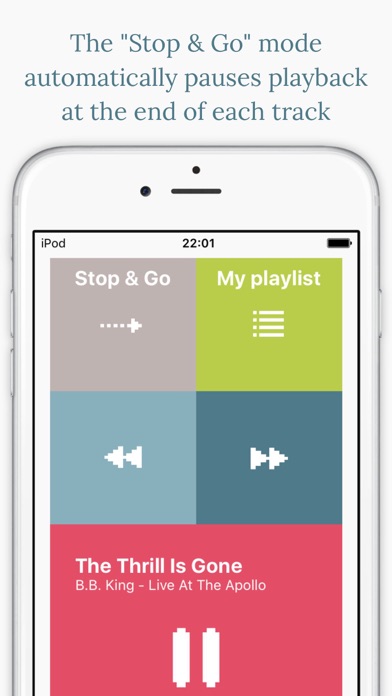 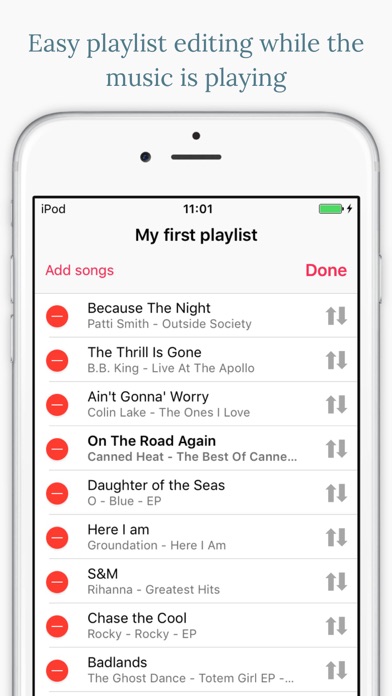