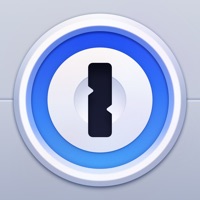 1Password is the world’s most loved password manager, trusted by millions of people and over 90,000 businesses to keep their secrets safe. "1Password offers the best combination of features, compatibility, security, and ease of use." —Wirecutter == All your passwords on all your devices == 1Password makes it easy to create and use strong passwords, and sign in to any app or website in seconds. Your information is available on as many devices as you need, with beautifully-designed apps for every platform and web browser. == Sharing made simple == 1Password is the safest way to share logins, credit cards, documents, and other important information. Keep personal items private, and securely share secrets with the people who need them. And if a team or family member gets locked out, you can help them recover access. == More than just passwords == Automatically fill forms, payment details, and logins on websites and in apps. Save important documents like passports and identity cards, safeguard your software licenses and medical records, and store private notes for safekeeping. == Better than your browser's password manager == 1Password gives you access to your data from unlimited devices on any platform. Unlock in an instant with Apple Watch or Touch ID on supported devices. Plus, use it as an authenticator for easy access to one-time passwords for multi-factor authentication. == Uniquely secure, completely private == The information you store in 1Password is encrypted end-to-end, and only you hold the keys to decrypt it. We can't see what you store in your account or which sites you visit, and our system is designed to keep your data safe – even if your device is stolen or our servers get hacked. Learn more about our security model at 1Password.com/security. == Get automatic security alerts == Identify potential threats before they happen. Watchtower warns you about weak, reused, or compromised passwords so you can update them right away. You'll also get an alert if any of your credentials are exposed in a data breach. == The 1 for Business == Protect your most vulnerable assets: your company secrets. 80% of data breaches can be traced to weak, reused, or shared credentials. 1Password integrates seamlessly with your company's infrastructure so you can secure your team without slowing them down. Administrators can effortlessly provision new users, recover accounts, and use domain breach reports to see if any company email addresses or credentials have been exposed in a data breach. == The world's most-loved password manager == Hailed as the #1 password manager by Wired, New York Times, CNN, and The Wall Street Journal, millions of people trust 1Password to keep them safe online. 1Password helps secure over 90,000 businesses, including IBM, Slack, Intercom, and PagerDuty. == Get started for free == Try 1Password free for 14 days, then find the plan that’s right for you or your business. Use 1Password on as many devices as you need, with apps for every platform, unlimited password and item storage, and personalized support. Terms of Use: https://1password.com/legal/terms-of-service/ 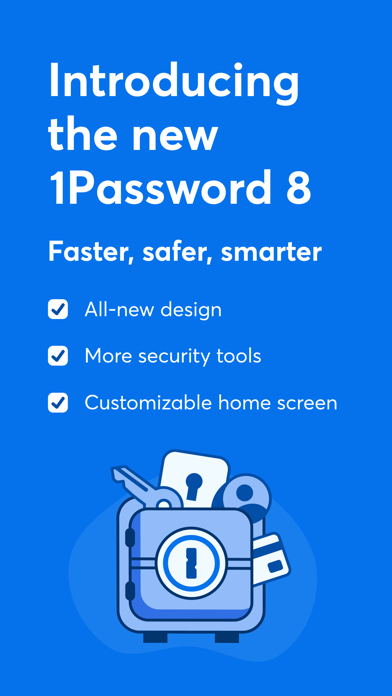 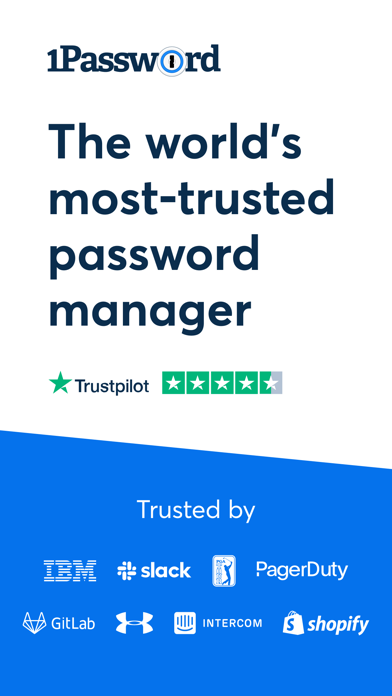 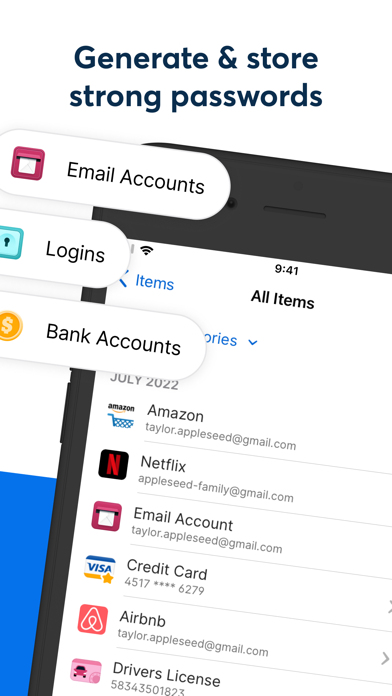 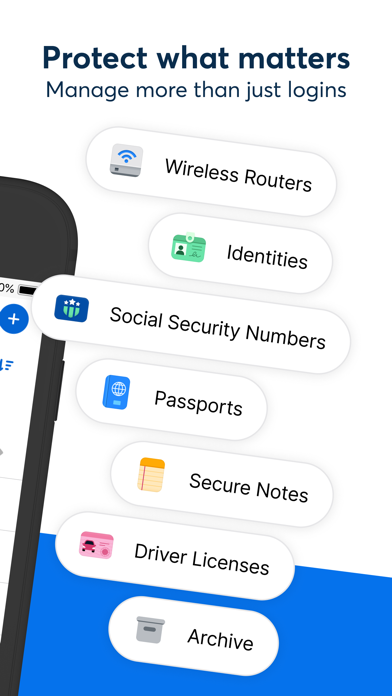 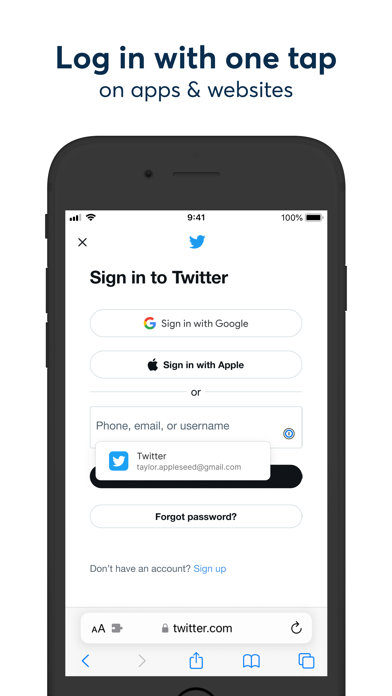 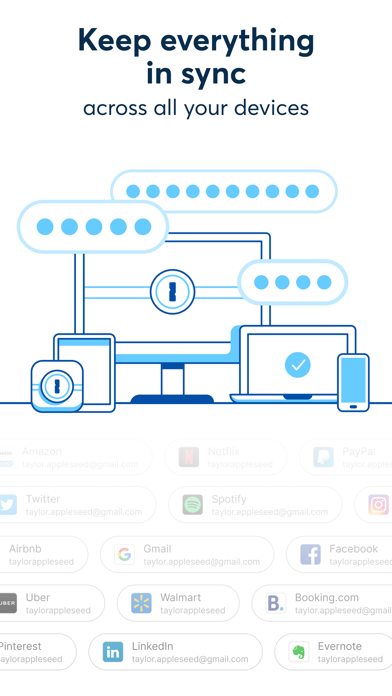 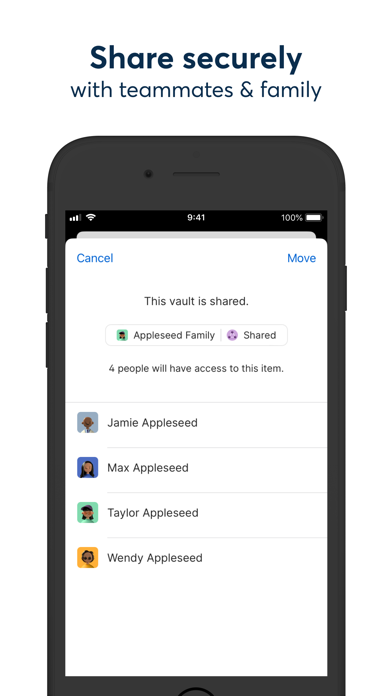 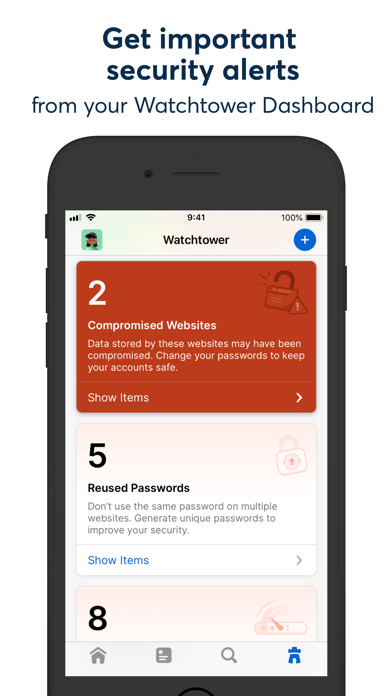 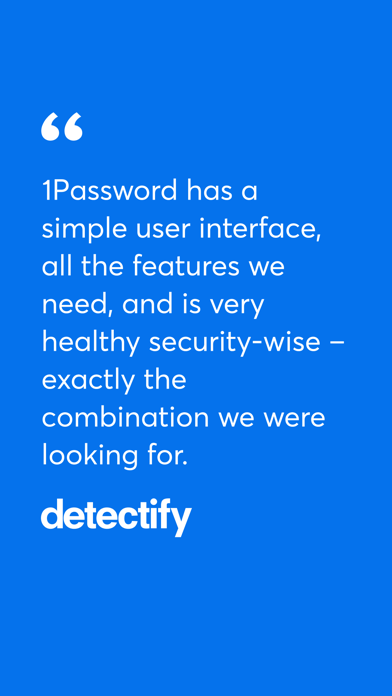