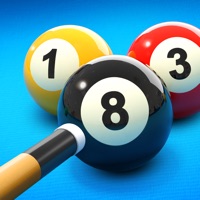 •The World's #1 Pool game - now on iOS!• Play with friends! Play with Legends. Play the hit Miniclip 8 Ball Pool game on your mobile and become the best! COMPETE 1-ON-1 OR IN 8 PLAYER TOURNAMENTS Refine your skills in the practice arena, take on the world in 1-vs-1 matches, or enter tournaments to win trophies and exclusive cues! PLAY FOR POOL COINS AND EXCLUSIVE ITEMS Customize your cue and table! In every competitive 1-vs-1 match you play, there’ll be Pool Coins at stake – win the match and the Coins are yours. You can use these to enter higher ranked matches with bigger stakes, or to buy new items in the Pool Shop. CHALLENGE YOUR FRIENDS Playing friends is easy: sign in with your Miniclip or Facebook account and you’ll be able to challenge your friends straight from the game. Challenge friends anytime, anywhere and show off your skills. LEVEL UP 8 Ball Pool’s level system means you’re always facing a challenge. Play matches to increase your ranking and get access to more exclusive match locations, where you play against only the best Pool players. iMessage PLAY 8 Ball Pool is now available for iMessage! Just add 8 Ball Pool to your iMessage app drawer to play with your friends. Pro Membership - 8 Ball Pool offers weekly and monthly subscriptions at USD $7,99 and USD $19,99 respectively. Prices may vary depending on sales, taxes and countries. - Payment will be charged to iTunes Account at confirmation of purchase - Subscription automatically renews unless auto-renew is turned off at least 24-hours before the end of the current period - Your account will be charged for renewal within 24-hours prior to the end of the current period - Subscriptions may be managed by going to the Account Settings after purchase and auto-renewal may be turned off - Any unused portion of a free trial period, if offered, will be forfeited when the user purchases a subscription to that publication, where applicable --Download Pool by Miniclip NOW!-- *This game requires internet connection. Play on the Web at miniclip.com/pool Don’t miss out on the latest news: Like 8 Ball Pool: http://on.fb.me/Wx4f23 Like Miniclip: http://facebook.com/miniclip Follow us on Twitter: http://twitter.com/miniclip ------------------------------------ Find out more about Miniclip: http://www.miniclip.com TERMS AND CONDITIONS: http://www.miniclip.com/terms-and-conditions PRIVACY POLICY: http://www.miniclip.com/privacy This game requires internet connection 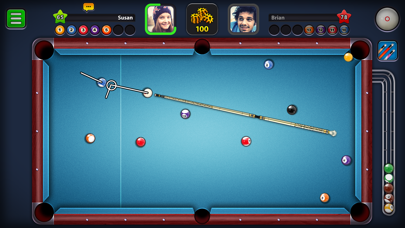 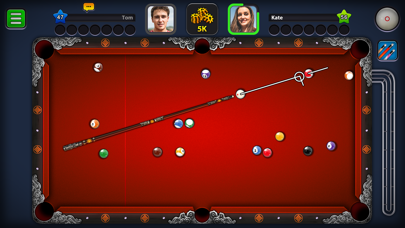 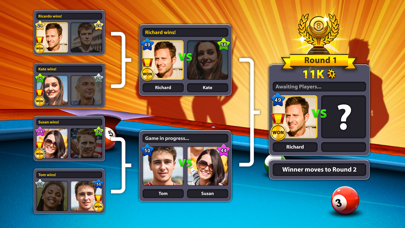 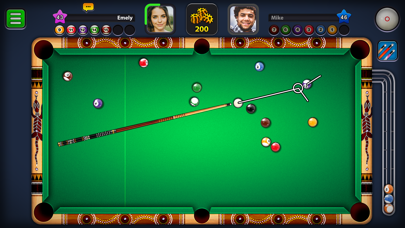