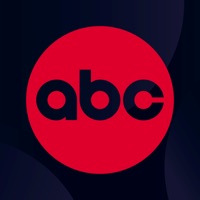 Watch full episodes of your favorite ABC, Freeform, FX and National Geographic shows all in one place! Episodes available live or on-demand with the ABC app! WHAT YOU GET: Official site of Oscars 2022 on ABC including the news, nominations, winners and red carpet highlights. Stream The Oscars online LIVE OSCAR SUNDAY March 27th, 2022. ABC is home to top dramas like Grey’s Anatomy as well as comedy favorites like The Conners, black-ish and The Wonder Years. Reality favorites include American Idol and Dancing with the Stars. Daily shows like General Hospital, The View and Jimmy Kimmel Live! are also part of the best entertainment around. Binge full seasons of Throwback shows with no sign-in needed! ABC’s live sports events include the NBA Finals, NFL, and college football and more. ABC News has the long-running 20/20 along with daily staples like Good Morning America and World News Tonight with David Muir. ABC News Live is a 24/7 streaming channel for breaking news, live events and the latest news headlines. Freeform’s young adult programming features bold, groundbreaking original series and epic events like 31 Nights of Halloween and 25 Days of Christmas. FX’s diverse catalogue includes hits like Snowfall, Archer, American Horror Story and more. With National Geographic TV, you get groundbreaking storytelling including the acclaimed Genius docudrama series, the annual must-sea SharkFest and many more adventures. ABC Localish is dedicated to telling positive stories that celebrate our communities across America. LIVE TV Enjoy live TV** to get your daily dose of news with Good Morning America and World News Tonight with David Muir and tune in for can’t-miss live sports events like the NBA Finals and major awards shows like The Oscars, The American Music Awards, The Country Music Awards and, of course, all live shows of American Idol and Dancing with the Stars! ABC ACCOUNT Enhance your viewing experience by creating a free account to save your favorites, continue watching where you left off and sync your preferences across multiple devices! WATCH ON THE GO Whether you’re on the train or on the treadmill, watch your favorites anywhere, anytime! Enjoy all ABC app shows on YOUR schedule. Download now and start watching! Comments, questions or seeing an error? Please contact us at http://abc.com/feedback or through the feedback form in the app. For more information visit: http://abc.go.com/faq . * The most recent full episodes require a participating TV provider account. Show and episode availability are subject to change. ** The ABC app live stream is available with a participating TV provider in designated local markets. For a complete list of participating providers and available markets, visit abc.com/faq Before you download this app, please consider that this app includes advertising for some third parties, as well as advertising for The Walt Disney Family of Companies, and may include advertising targeted to your interests. You may choose to control targeted advertising within our applications by using your mobile device settings (for example, by re­setting your device’s advertising identifier and/or opting out of interest-­based ads). This app also contains social media links as well as location based services to provide local programming in your ABC app livestream. Please note: This app features Nielsen’s proprietary measurement software, which will allow you to contribute to market research, like Nielsen’s TV Ratings. Please see http://www.nielsen.com/digitalprivacy for more information. Terms of Use: http://disneytermsofuse.com/ Privacy Policy: https://disneyprivacycenter.com Your California Privacy Rights - https://privacy.thewaltdisneycompany.com/en/current-privacy-policy/your-california-privacy-rights/ Do Not Sell My Information - https://privacy.thewaltdisneycompany.com/en/dnsmi 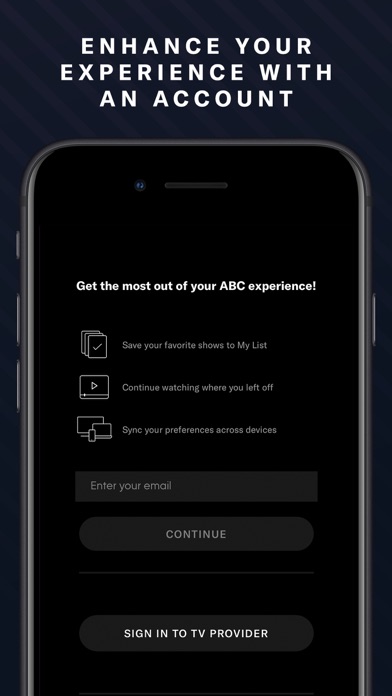 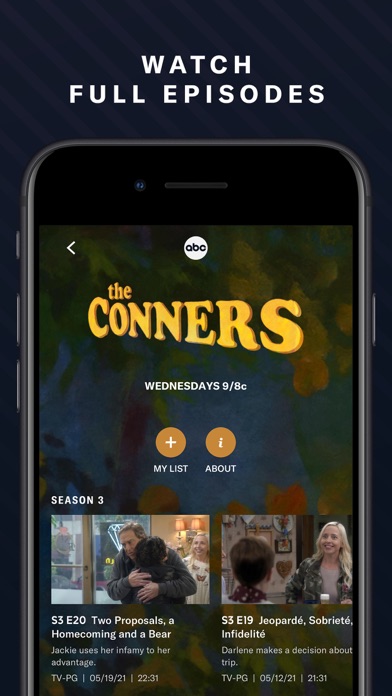 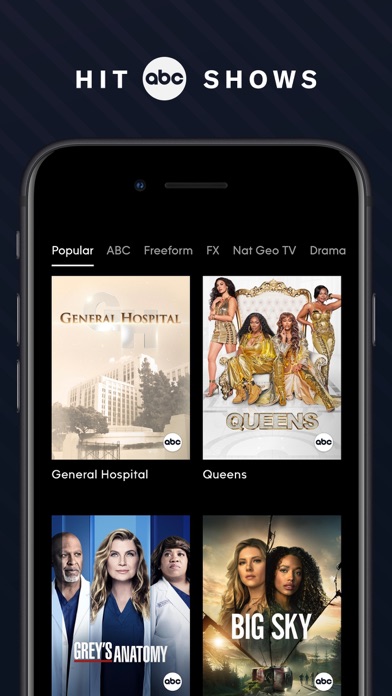 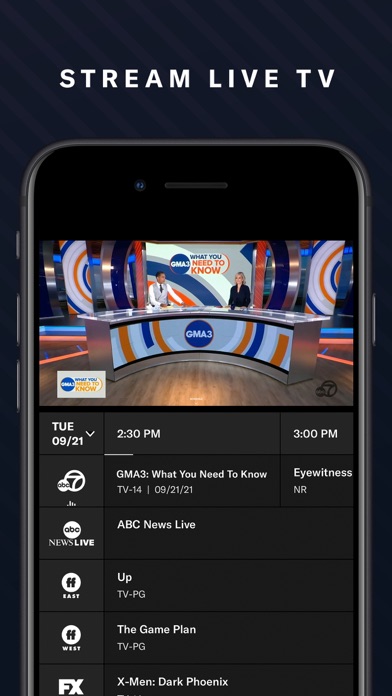 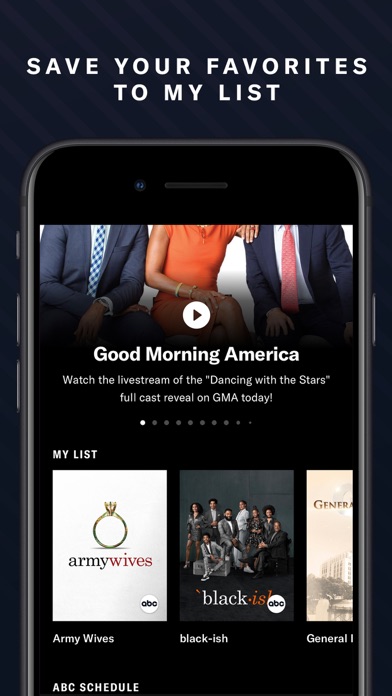