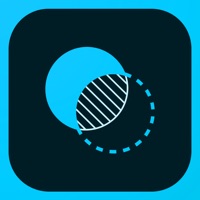 Create anything you can imagine, anywhere you are. Use the official Adobe Photoshop Mix app to easily create and share professional multilayered images and designs in minutes. New feature: Now, add text layers to create stylish typographical designs for everything from Instagram to Invitations. Want to do more? (of course you do): • Combine multiple images/layers to dream up something truly magical. • Easily remove or replace any object (people and things). • Selectively retouch and fix flaws. • Quickly share with friends or post to social. • Send to Adobe stock and sell your media to the world’s largest creative community. Still more? (HELLO DESIGNERS): • Experiment with different blend modes and fill opacities within each layer until you get the look you want. Mix includes some of the most popular blend modes from Photoshop CC. • Adjust colors and contrast or apply preset Looks​ (filters) to your pictures. Enhance the entire image or just a portion with the touch of your finger. • Nondestructive editing means your original images stay pristine and untouched. • Take your mobile project to the next level with Adobe Photoshop CC. The world's best imaging and design app is at the core of almost every creative project. Work across mobile and desktop to create and enhance your photographs, designs, artwork, videos, and more. GET CONNECTED TO CREATIVE CLOUD  Love photography? Check out the Creative Cloud Photography plan. It gives you Lightroom and Photoshop, the most powerful editing tools around. With Creative Cloud, you can open and edit Photoshop files in Mix and send compositions to Photoshop CC for further refinement — layers, masks and all. Open and mix Lightroom images and send directly to your Lightroom Collections. And move images between Mix, new Photoshop Fix and Lightroom for mobile for a complete mobile editing experience. Creative Cloud also lets you use Photoshop CC features in Mix, including Shake Reduction. And all your edits are synced across all your computers and devices. Make a change on you iPad, it’ll show up on your desktop. Take your photography further with the Creative Cloud Photography plan. Take a look at these other free Adobe photography apps to build your experience and extend your creativity: • Photoshop Fix — Edit facial features, heal, lighten, liquify, color and adjust your images to perfection — and then easily share them across other Creative Cloud desktop and mobile apps. • Lightroom Mobile – Capture, edit, organize and share professional quality images from your smartphone or tablet. INTERNET CONNECTION & ADOBE ID REQUIRED Sign up for an Adobe ID within Photoshop Mix for free. Adobe online services, including the Adobe Creative Cloud service, are available only to users 13 and older and require registration and agreement to additional terms and Adobe's online privacy policy at http://www.adobe.com/privacy/policy-linkfree.html. Adobe online services are not available in all countries or languages, may require user registration, and may be subject to change or discontinuation without notice. 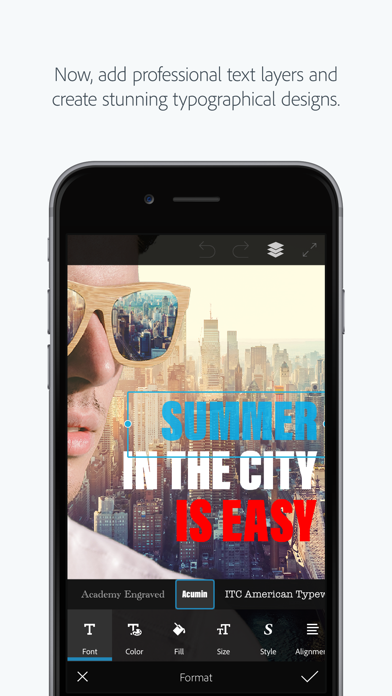 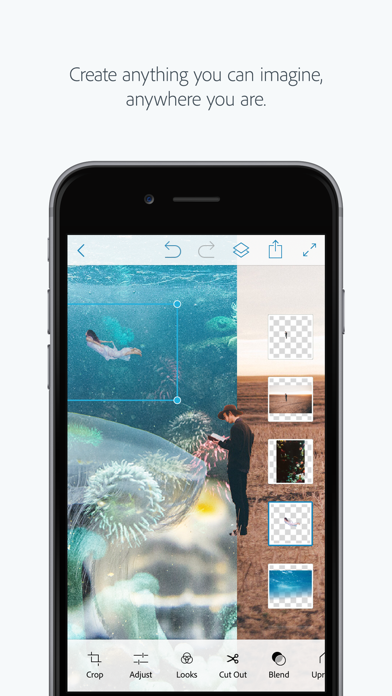 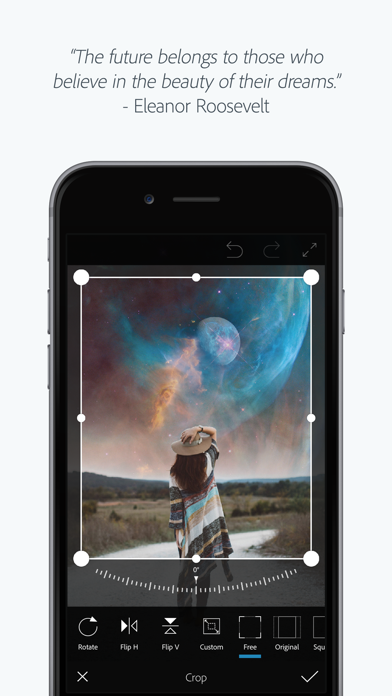 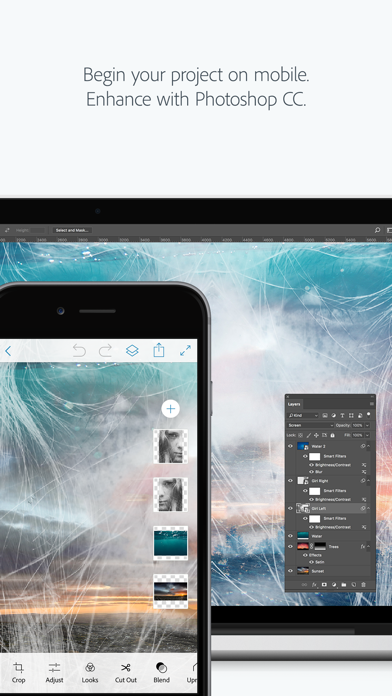 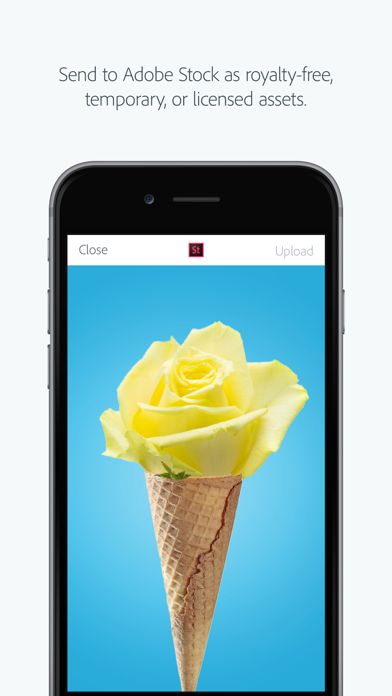