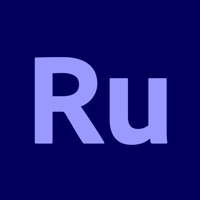 Shoot, edit, and share videos anywhere. Feed your channels a steady stream of awesome with Adobe Premiere Rush, the all-in-one app for creating and sharing videos — fast and easy. Powerful tools let you quickly create videos that look and sound professional, just how you want. Share to your favorite social sites right from the app and work across iPhone and iPad. Use it for free as long as you want with unlimited exports — or upgrade to access all premium features and hundreds of soundtracks, sound effects, loops, animated titles, overlays, and graphics. PRO-QUALITY VIDEO Built-in camera functionality lets you capture pro-quality videos right from the app and start editing immediately. EASY EDITING AND EFFECTS Arrange videos, audio, graphics, and photos with drag and drop. Easily trim and crop videos, flip and mirror video clips, and add images, stickers and overlays to video clips. Adjust speed and enhance color with intuitive presets and customization tools. Effortlessly create pan and zoom effects for images with one click. Make your videos pop by simply selecting the start and end points on your still images, and changing the scale and position as needed. CUSTOMIZE ANIMATED TITLES Access built-in animated graphics such as titles and overlays. Change the color, size, font, and more to make them your own. GREAT SOUND Choose from thousands of royalty-free, original soundtracks, sound effects, and loops to bring your videos to life. MULTITRACK TIMELINE Enjoy creative flexibility with multiple video tracks. Create impressive effects like picture-in-picture and split-view. MADE FOR SHARING Easily resize videos to different aspect ratios, including landscape, portrait, square, and 4:5 for different channels. All media in a sequence is automatically resized — ideal for Facebook and Instagram. Share your creations with one click to TikTok, Instagram, and Facebook. PREMIUM USERS Upgrade to Rush Premium to access all features and content for iPhone and iPad, including: ADVANCED AUDIO TOOLS Advanced tools powered by Adobe Sensei AI for sound balancing and auto-ducking. PREMIUM CONTENT LIBRARY Unlock hundreds of premium titles, overlays, and animated graphics to elevate your videos. ADDITIONAL PREMIUM FEATURES Auto reframe automatically detects and keeps the most important part of your videos in the frame when switching to different aspect ratios – perfect for sharing to social media. Advanced sharing automatically updates edits across all your mobile devices, and exporting in 4K is supported. Questions? • Learn & Support: https://helpx.adobe.com/support/rush.html Paid Plan (Optional in-app purchase) Unlock Premium features and add 100GB of cloud storage. The recurring monthly payment is automatically charged to your iTunes account. To stop service, go to your account Settings and turn off auto-renew at least 24-hours before the end of your billing period. Prorating is unavailable – when you turn off auto-renew, service will continue until the end of that month’s billing period. Free users can trial Premium features in videos but must upgrade to export. The Fine Print You must be 13 or older and agree to Adobe’s terms and privacy policy, viewable at: http://www.adobe.com/special/misc/terms.html http://www.adobe.com/privacy/policy-linkfree.html Do Not Sell My Info: https://www.adobe.com/privacy/ca-rights-linkfree.html Use of Adobe mobile apps and online services requires registration for a free Adobe ID as part of a free, basic level of Creative Cloud membership. Adobe online services require an internet connection, are not available in all countries or languages, and may be subject to change or discontinuation without notice. 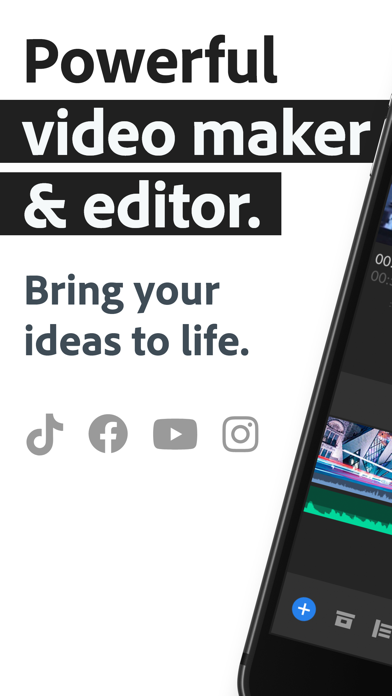 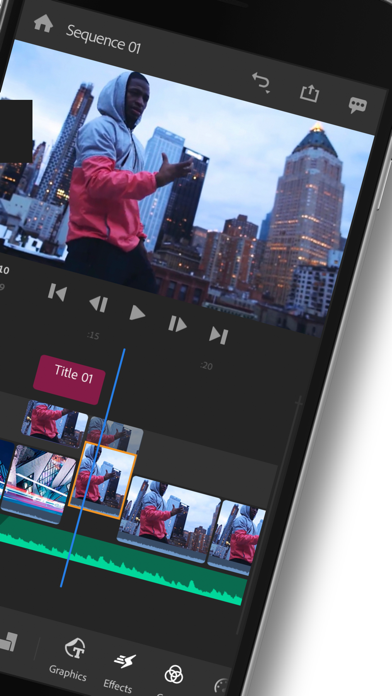 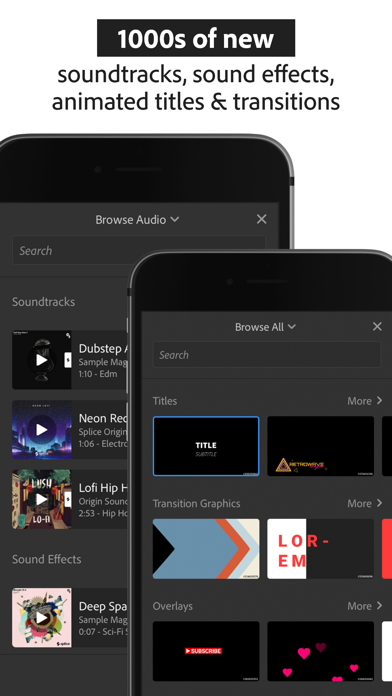 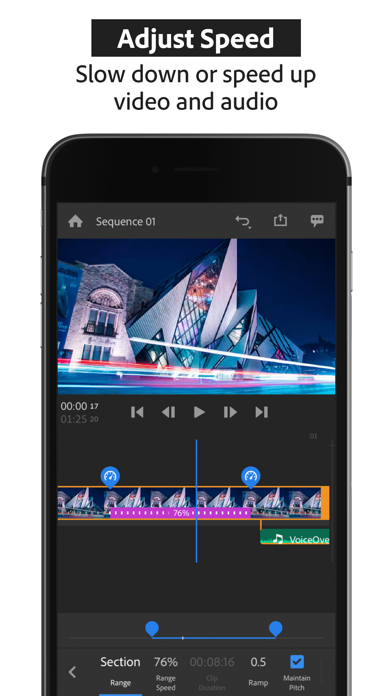 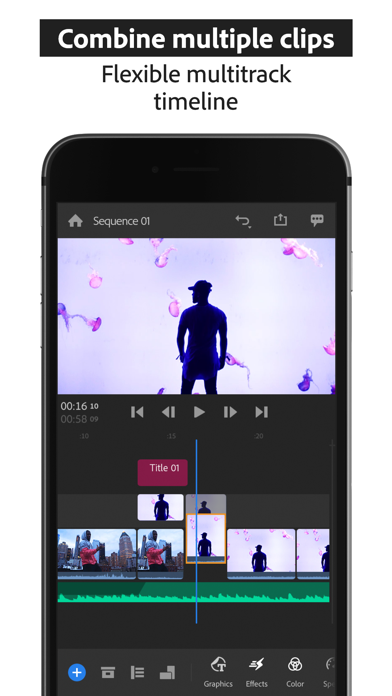 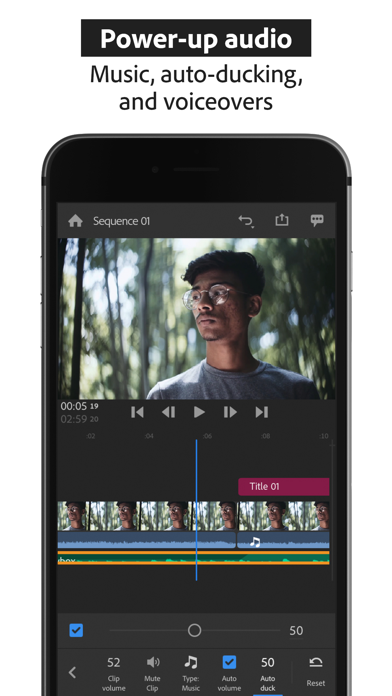 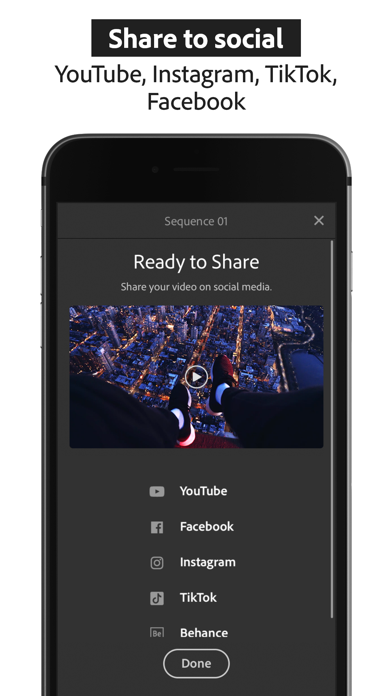 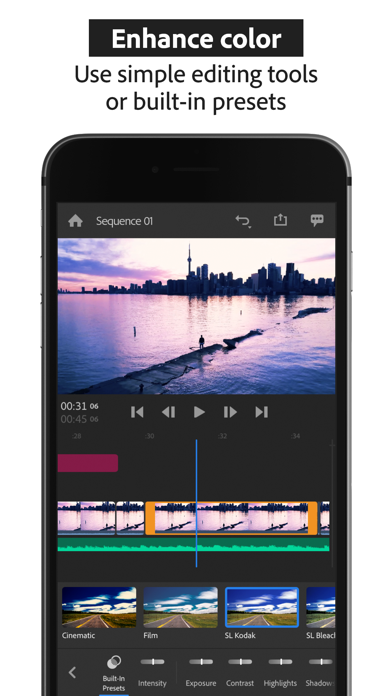 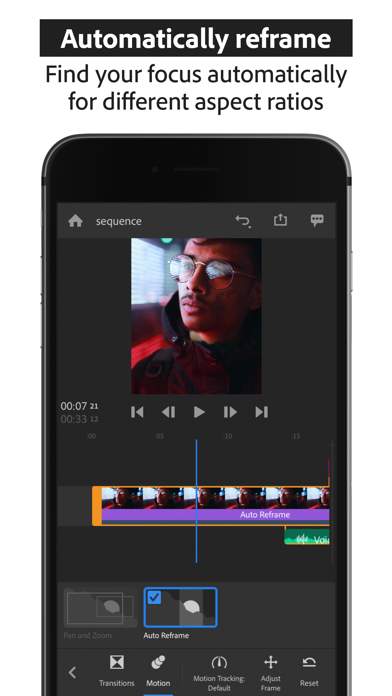 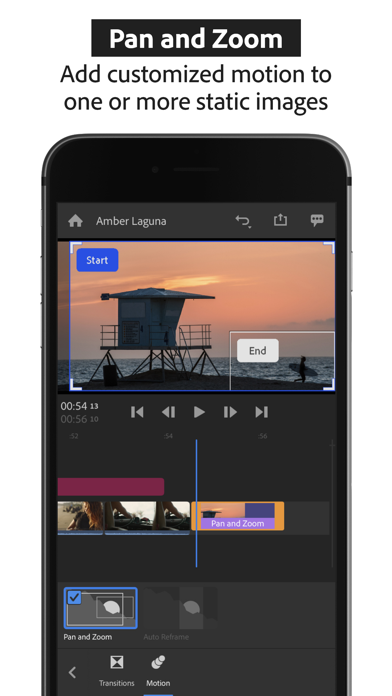