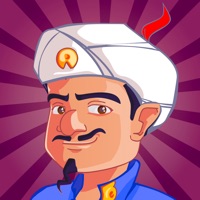 Akinator can read your mind and tell you what character you are thinking of, just by asking a few questions. Think of a real or fictional character and Akinator will try to guess who it is. Will you dare challenge the genie? And what about other themes like movies, animals…? ###NEW### EXTEND YOUR AKINATOR EXPERIENCE WITH A USER ACCOUNT! Akinator lets you to create your own user account. It will record the Aki Awards you've won, the accessories you've unlocked and your Genizs' balance. They will follow you everywhere now, even if you change your mobile device. 2 ADDITIONAL THEMES BESIDES THE CHARACTERS Akinator is getting stronger and stronger... The genie has increased his knowledge, and now you have the opportunity to also challenge him on movies and animals! Will you manage to defeat Akinator? GO IN SEARCH FOR AKI AWARDS Akinator invites you to think outside the box. As you know, he likes to guess characters and to take on difficult challenges. To do that, make him guess forgotten characters who have not been played for a very long time and you may win the best Aki Awards. BE THE BEST PLAYER Challenge the other players on the leaderboards to prove who the best is. You may write your name on the Last Super Awards board or on the Hall of Fame. KEEP ON GUESSING Each day, try to find the 5 mysterious characters and win some additional and specific Aki Awards. Complete the full Daily Challenge and earn the Gold Daily Challenge Aki Award, one of the most prestigious Aki Awards. UNLEASH YOUR CREATIVITY Using Geniz, you can unlock and play with new backgrounds and customize your genie to your liking. The genie will turn into a vampire, a cowboy or a disco man. Unleash your creativity by mixing 12 hats and 13 clothes to create your ideal combination. PLAY MORE, WITHOUT ANY LIMITS! THE ULTIMATE POTION unlocks all characters and removes all ads from the app, to ensure you get the best gaming experience. Main features: -1 languages (French, English, Spanish, Portuguese, German, Japanese, Arabic, Russian, Italian, Chinese, Turkish, Korean, Hebrew, Polish, Indonesian and Dutch) -Get 2 additional themes: Movies and Animals -Aki Awards Board to get an overview of your collection -Hall of Fame with both current and previous ranking -Last super awards for Black, Platinum and Gold Aki Awards -Daily Challenges Board -Add magic by proposing a photo or some questions -Customize your genie by combining different hats and clothes -The sensitive content filter -Video recording feature in-game --------------------------- Follow the genie on: -Facebook @officialakinator -Twitter @akinator_team -Instagram @akinatorgenieapp --------------------------- Genie’s tips: -Akinator requires an Internet connection to use his magic lamp. Turn on Wifi or be sure to have a data plan. -Don’t forget to scroll down the list to find and select your language 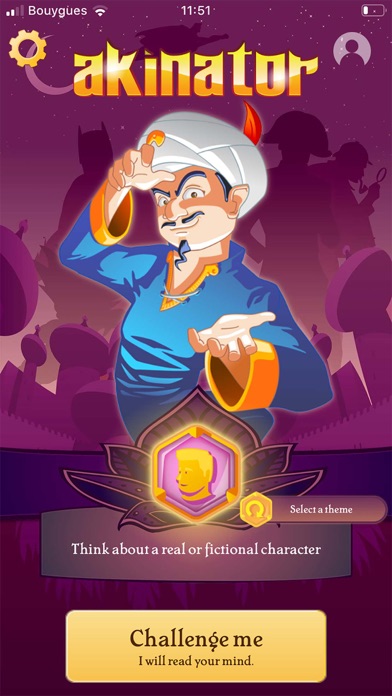 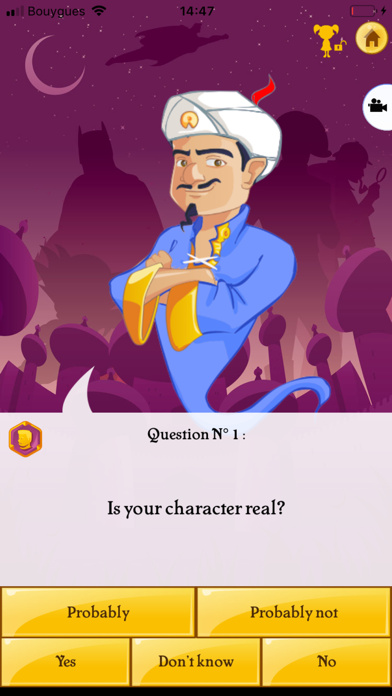 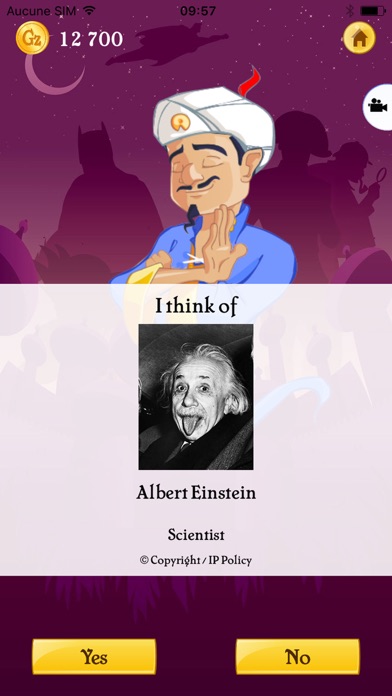 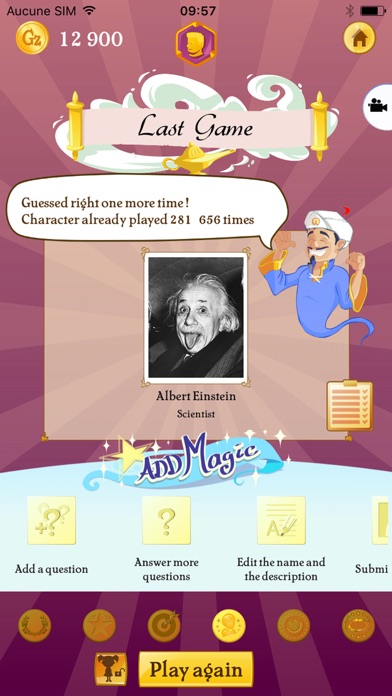 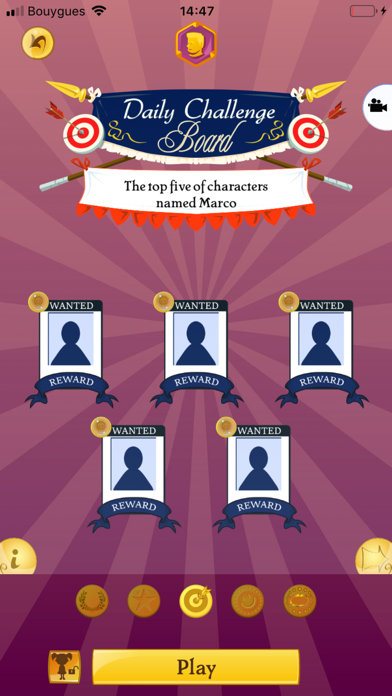 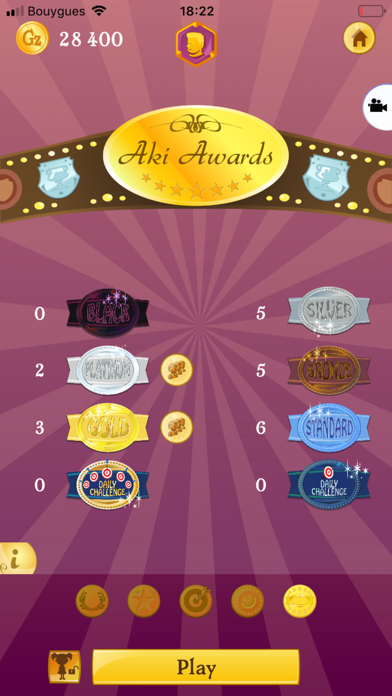 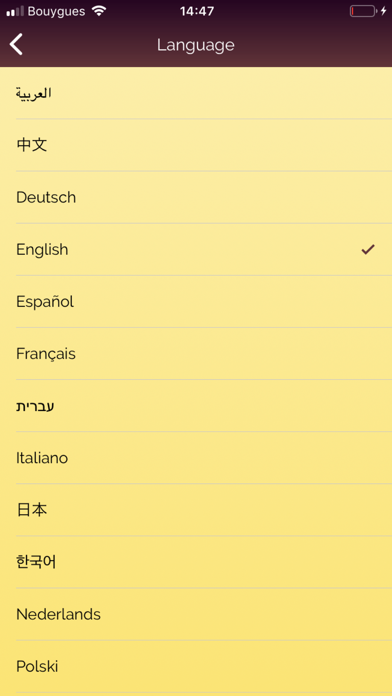 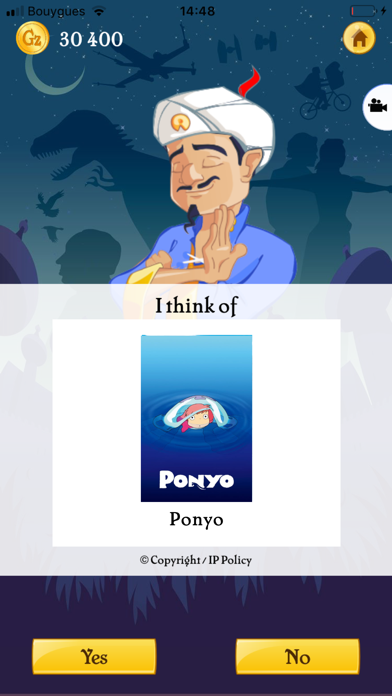 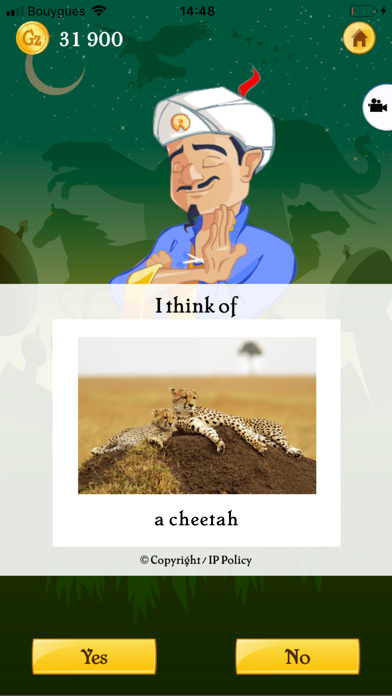 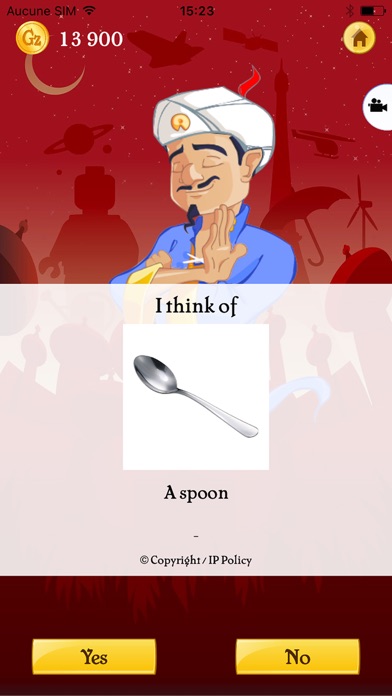