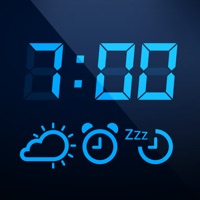 Alarm Clock for Me - Wake Up!

Alarm Clock for Me - Wake Up! App

Wake up and go to sleep to your favorite music, never sleep through your alarm again, get your own collection of exclusive designer clocks, know weather conditions in your area, cook or work out with a multifunctional timer, and light up the darkness with a powerful built-in flashlight! FEATURES: * Choose from stylish designer themes for the clock: Digital (Blue, Green, Red, and Yellow), Ultrasonic (Blue, Green, Red, and Yellow), Wordy, ThinLine * Create your own wake-up playlist with the best music * Background alarm support: alarm will ring even if the app is not running * Choose a way to stop the alarm: shake your device or solve a math problem * Go to sleep to your favorite songs or white noise * Check live weather conditions and temperature * Change the screen brightness so that it doesn’t blind you after a good night’s sleep * Shake your device or double tap on the screen to switch on the flashlight * Convenient app settings. Get easy access to any option you need. Alarm Clock for Me provides the functionality of 6 indispensable apps in 1: ALARM - Wake up to your favorite music - Shake your device or solve a math problem to turn off the alarm - Set multiple alarms with different tunes - Background alarm support: alarm will go off even if the app is not running! - Easy access to the nearest alarm from the main screen - Huge Snooze/Stop alarm buttons - Add your notes to the alarm! - Adjustable volume of Sounds/Music - Vibrate / Fade in / Snooze options - Shake-to-snooze when alarm goes off CLOCK - Exclusive designer clocks - Vertical and horizontal modes - 12 or 24 time format - Show/Hide seconds - Show/Hide day of the week - Auto-Lock when plugged in ON/OFF - Auto-Lock when on battery ON/OFF - Customizable auto-lock time SLEEP TIMER - Use the shortcut on the main screen to go directly to the sleep timer settings - Create your own playlist with your favorite songs - Shuffle music ON/OFF - Adjust the volume of Music/Sounds - Go to sleep to white noise WEATHER - Check live weather conditions and temperature - Automatic detection of your current location and weather conditions display in your area - Weather conditions and temperature in any location you choose - Temperature unit: Fahrenheit/Celsius - Show Weather ON/OFF COUNTDOWN - Never miss important events and special occasions. Count down to your vacation, anniversary, graduation and more FLASHLIGHT - Shake your device or double tap on the screen to switch on the flashlight TIMER - No matter whether you are cooking or working out, multifunctional timer will always be at hand! Beautiful. Reliable. Versatile. Get the alarm clock that you've been looking for! For complete access to all Alarm Clock for Me features, you will need to allow access to the following: *Notifications – otherwise, alarm will not ring; *Location data to provide you with the weather forecast for your exact location; *Media library so that you can set your own music as an alarm or a sleep timer sound; *Camera to activate a powerful built-in flashlight; *Photos to give you a possibility to set them as countdown pictures. Privacy Policy: http://apalon.com/privacy_policy.html California Privacy Notice: https://apalon.com/privacy_policy.html#h EULA: http://www.apalon.com/terms_of_use.html AdChoices: https://apalon.com/privacy_policy.html#i

Alarm Clock for Me - Wake Up! app screenshots 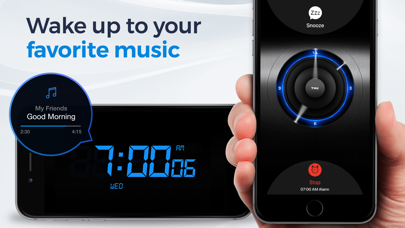 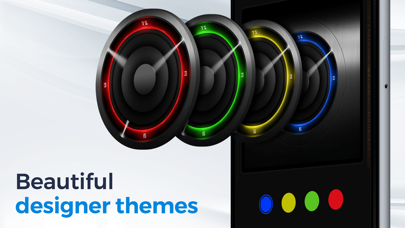 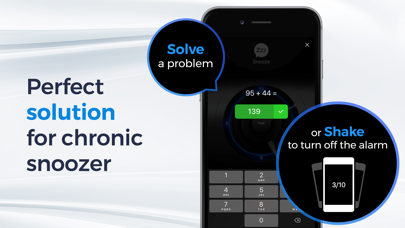 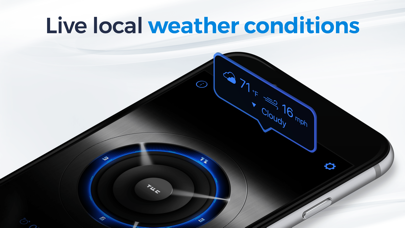 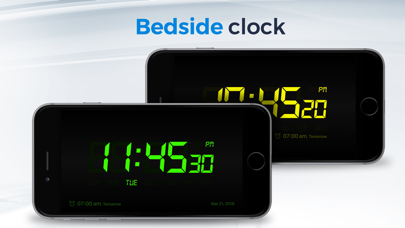 Alarm Clock for Me - Wake Up! app reviews