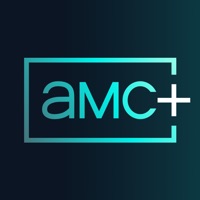 Welcome to AMC+, your new streaming destination for the greatest series, films, and live channels. Watch the latest episodes from The Walking Dead Universe, discover award-winning movies and series you can’t find anywhere else, or just sit back and stream our always on live channels. AMC+ is your destination for only the good stuff. Download AMC+ to get the best of AMC, BBC America, IFC, and Sundance TV - with full access to Shudder, Sundance Now, and IFC Films Unlimited. Thousands of hours of incredible content, on demand, all in one place, with new shows and movies added every week. Some of the reasons we know you will love AMC+: •Early access to the latest from the Walking Dead Universe including exclusive series and content not found anywhere else – including the final season of The Walking Dead •Ad-free full seasons of critically acclaimed series such as Mad Men, Orphan Black, Rectify, Portlandia, and many more •Access to SHUDDER –the largest horror/thriller library including exclusive original series Creepshow & The Last Drive-In with Joe Bob Briggs, plus the most essential and iconic scares •Complete access to SUNDANCE NOW, with true crime and captivating international originals like A Discovery of Witches, The Bureau, and The Restaurant •Thousands of hours of content from IFC FILMS UNLIMITED, the definitive collection of festival favorites and award-winning independent films. •Full access to LIVE channels with no cable subscription – AMC+, AMC, BBC America, IFC, and SundanceTV. •Exclusive access to The Walking Dead Channel, a live streaming network fully dedicated to all seasons of The Walking Dead, Fear The Walking Dead, The Walking Dead: World Beyond, plus a host of cast interviews, BTS moments, and more. •AMC+ doesn’t just rely on an algorithm, we recommend the good stuff from the best creators to give you a truly personal streaming experience •Receive notifications of new episodes and releases, as well as custom recommendations highlighting all that AMC+ has to offer including true crime, horror, movies and AMC+ Originals. •Search your favorite shows and watch immediately or save to your watchlist – called “My Stuff” and come back to it later. Start streaming AMC+ today! For help with AMC+ please visit support.amcplus.com For our Terms of use visit amcplus.com/terms For our Privacy policy visit amcplus.com/privacy 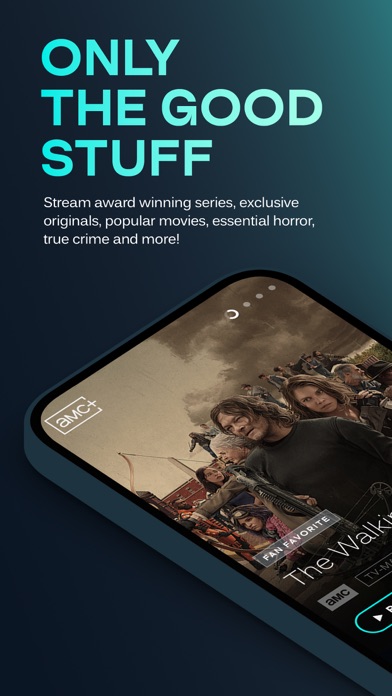 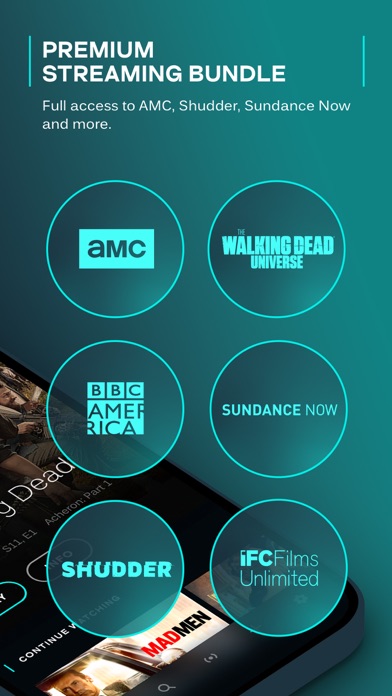 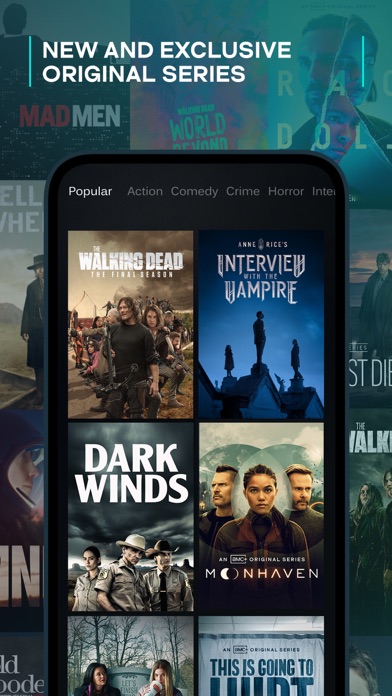 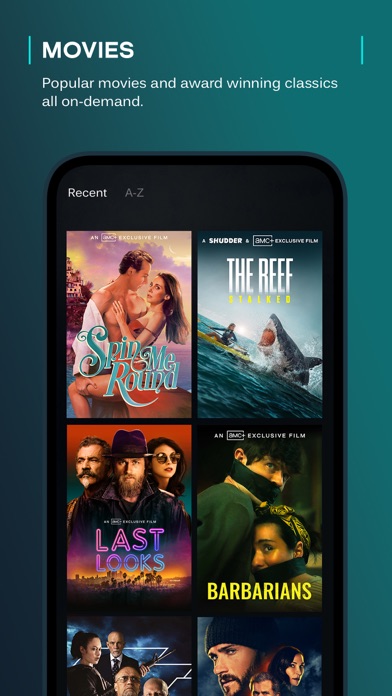 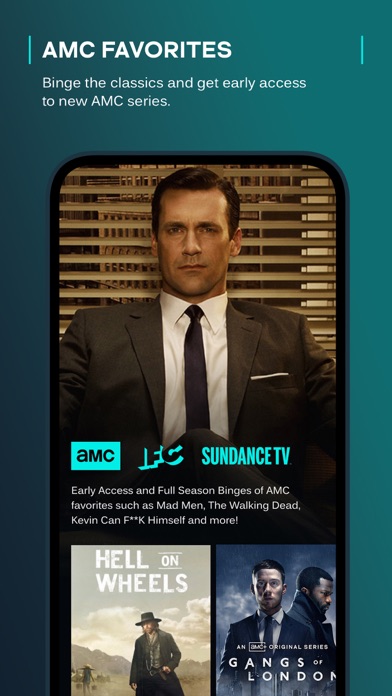 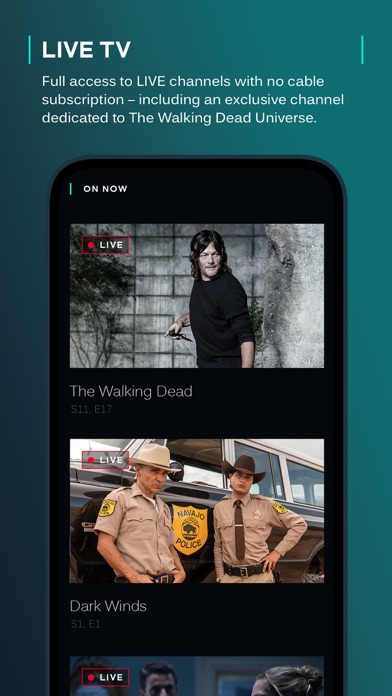 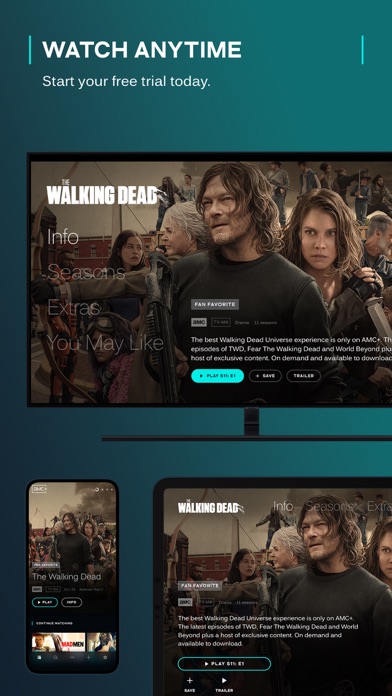