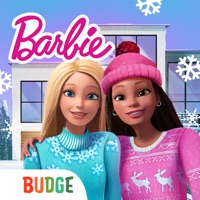 Create your very own Barbie DreamHouse experience! Join us for a bunch of fun activities: baking, cooking, dancing, makeovers, home design, fashion, nail salon, hair salon, mini games or epic pool parties! Explore Malibu with my pink convertible or dress me and my friends up in fashion-forward looks to get picture ready! Follow us on exciting adventures in the DreamHouse where anything is possible! LET'S MOVE IN Are you into home design makeovers? Help me design every room with wonderful wallpapers and dazzling decorations. Make it your own Dreamhouse! THE COOLEST FRIENDS Meet my best friends: Barbie "Brooklyn" Roberts, Renee, a sports fanatic; Daisy, a talented DJ; Teresa, a science-lover; Nikki, an aspiring fashion designer and the one-and-only Ken. Plus, my family including my fun-loving sisters: Skipper, Stacie and Chelsea! Even my parents, Mr. and Mrs. Roberts are joining in on the adventure! COOKING AND BAKING Why don’t you join me in my awesome kitchen? There are so many delicious recipes to cook! Get baking with Skipper and post your tasty recipes on BarbieGram for everyone to see! Mmm… Are those cupcakes I smell?! DRESS UP Got any fashion tips? Dress-up in beautiful princess dresses or relax in super comfy pj’s, there’s an outfit for everyone! HAIRSTYLES Get ready for a makeover! There’s a hair salon in the DreamHouse and you can design tons of different hairstyles! Have a girls makeover day with Teresa and check out all the cool accessories you can add to your new look! TIME FOR SOME PAMPERING Check out the Malibu Nail Spa! Make it a girl’s day out! Create your own nail design at the Nail Salon with so many colors, patterns and stickers to choose from! SUMMER TIME OMG! Malibu Beach is finally open! Dive, swim, grill, lounge or build a sandcastle? You can do it all! Decide who is the ultimate surf champion in an awesome mini game. You can also chill out at the DreamHouse pool while Ken throws one of his legendary pool parties! PRINCESS ADVENTURE You are cordially invited to a special event in Malibu: A Royal Ball at the Floravian Castle! Get my friends and sisters princess-ready with royal hairstyle and gowns to become the queen of the ball! Fun games for girls and boys, pre teens, kids and all ages. Play doll house games with parents or other family members. SUBSCRIPTION DETAILS - This app may offer weekly or monthly subscriptions - Payment will be charged to your Apple ID Account at confirmation of purchase - Subscription automatically renews unless auto-renew is turned off at least 24-hours before the end of the current period - Subscriptions may be managed by the user and auto-renewal may be turned off by going to the user's Account Settings after purchase - Your account will be charged for renewal within 24-hours prior to the end of the current period - You can cancel your subscription at any time, but please note that you will not get a refund for any remaining period of a subscription - Users may be offered a free trial of the subscription - One free trial per account, on new subscriptions only - Any unused portion of a free trial period, if offered, will be forfeited when the user purchases a subscription PRIVACY & ADVERTISING Budge Studios™ takes children's privacy seriously and ensures that its apps are compliant with privacy laws. This application has received the “ESRB Privacy Certified Kids’ Privacy Seal”. Read our privacy policy at: https://budgestudios.com/en/legal/privacy-policy/ or email our Data Protection Officer at: [email protected] An internet connection may be required to use this app END-USER LICENSE AGREEMENT https://budgestudios.com/en/legal-embed/eula/ HAVE QUESTIONS? We always welcome your questions, suggestions and comments. Contact us 24/7 at [email protected] BUDGE and BUDGE STUDIOS are trademarks of Budge Studios Inc. Barbie Dreamhouse Adventures © 2018-2022 Budge Studios Inc. All Rights Reserved. 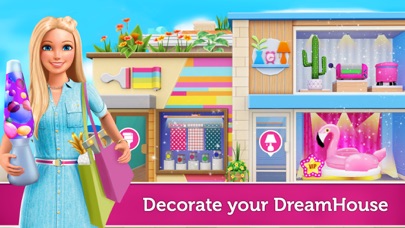 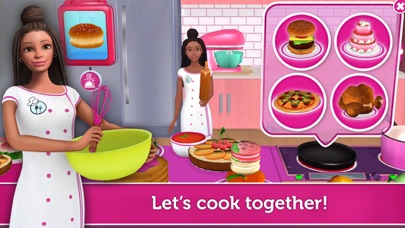 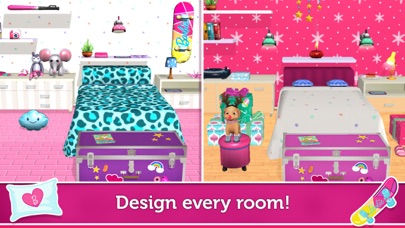 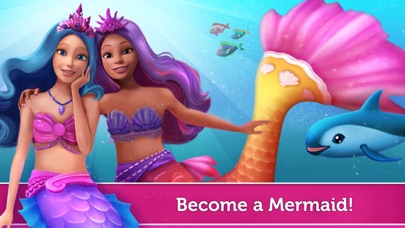 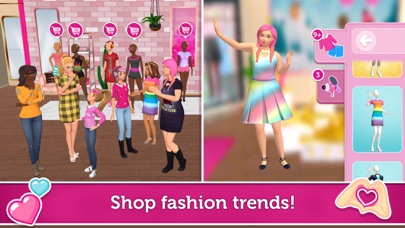 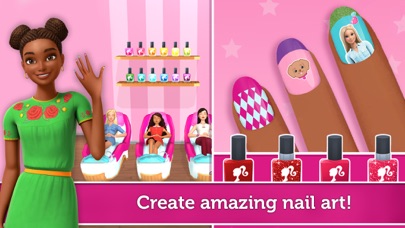 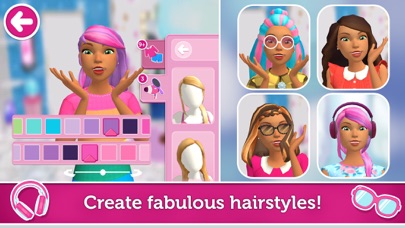 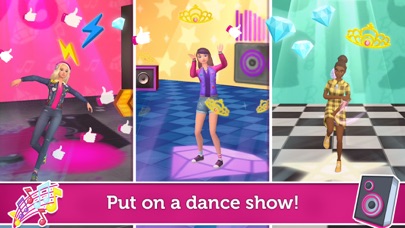 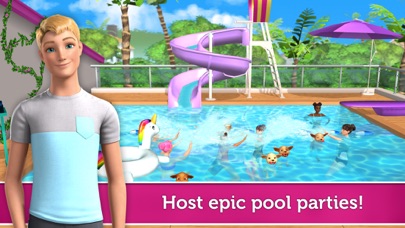 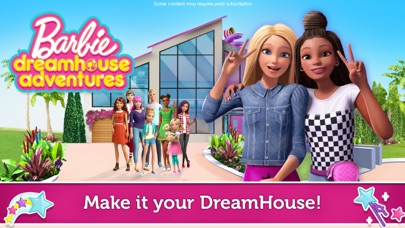