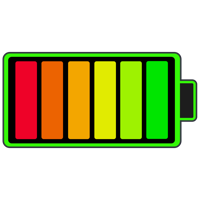 Battery Health 2 provides detailed stats and health information for your MacBook's battery! Used by millions of Mac users worldwide, it is considered by many as one of the essential free utility apps for your Mac. With Battery Health 2, you can easily see all the important information about your MacBook's battery, such as current charge level, battery capacity, time remaining, power usage, number of times it has been charged and much more. You also get useful notifications about your battery and by unlocking our Power History mode, you'll benefit from a wealth of battery history data and graphs. Download the app and learn more about your battery than you ever thought possible! Please email us with your suggestions and feedback via: https://fiplab.desk.com/customer/portal/emails/new 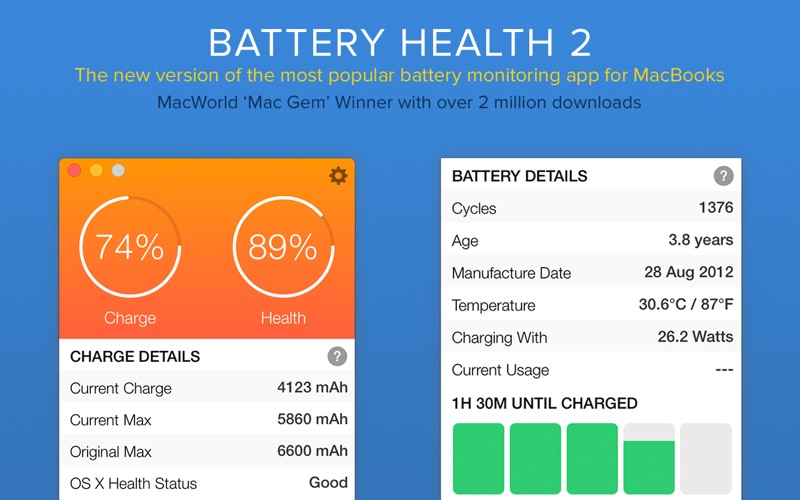 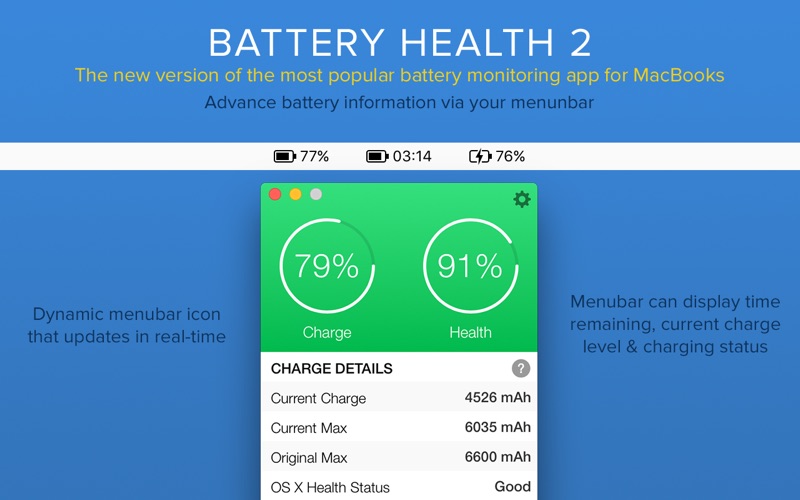 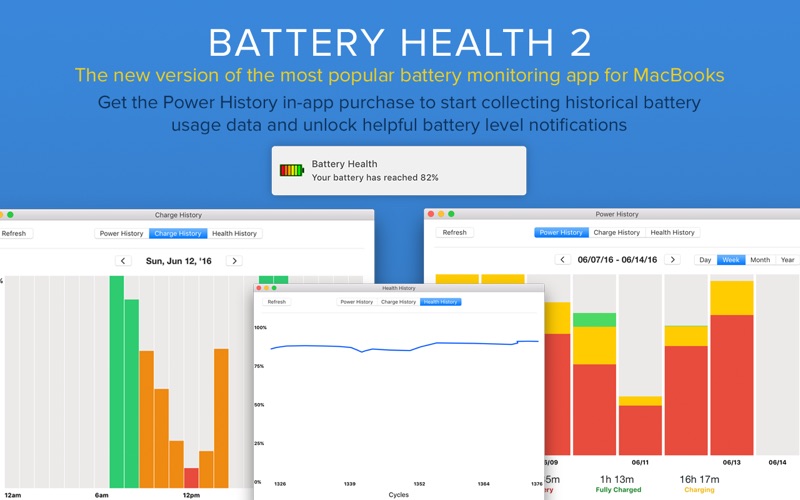 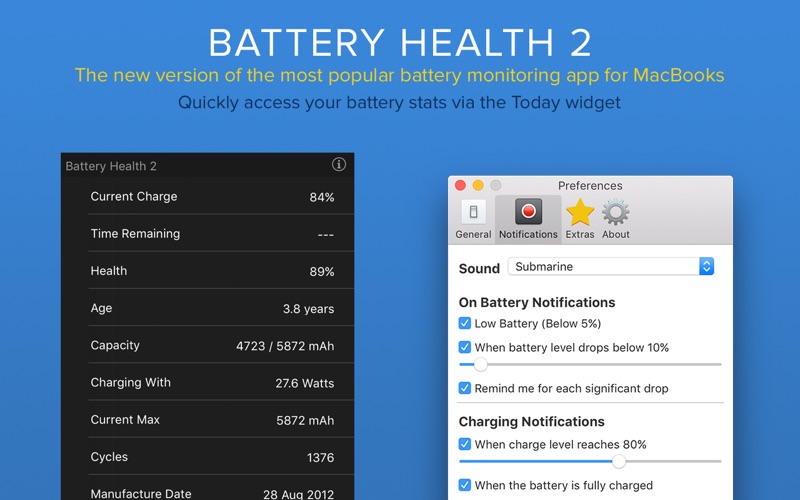