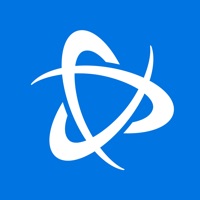 Battle.net--Stay connected with your friends wherever you are The Battle.net mobile app lets you stay connected with your friends wherever you are. Chat with friends, see what game they're playing, and add new ones--right from your mobile device. Chat with friends: Coordinate play time, discuss strategies, or just stay in touch using the Battle.net app. With Multichats and Groups, no one gets left out of the conversation. Even if your friends are unavailable or offline, chat history and notifications make sure you don’t miss a beat. See what your friends are playing: You can see at a glance what all your friends are up to, so you know when to jump into a game--or when to get one going yourself. Never miss an opportunity to play together. Add new friends on the go: All the features for managing and adding friends on the Battle.net desktop app are now on your phone. Send and receive friend requests, browse friend suggestions, or even scan a QR code to easily add friends in person. Keep up with the community: Post, read, and stay up to date with your favorite game communities through the Forums tab in the Battle.net mobile app. Contact Blizzard Support: Let us help you get back into game - browse support articles, open new tickets, and reply to ongoing tickets directly from the app. Keep your Battle.net account secure: Direct access to your account settings helps you manage and protect your account. Airtime or Wi-Fi connection required for use. Languages Supported: * English * Français * Deutsch * Español (Latinoamérica) * Español (Europa) * Português * Italiano * Русский * 한국어 (Korean) * 繁體中文 (Traditional Chinese) * 简体中文 (Simplified Chinese) * 日本語 (Japanese) * ไทย (Thai) ©2022 Blizzard Entertainment, Inc. All right reserved. iPhone and iPod touch are trademarks of Apple Inc. All other trademarks referenced herein are the properties of their respective owners. 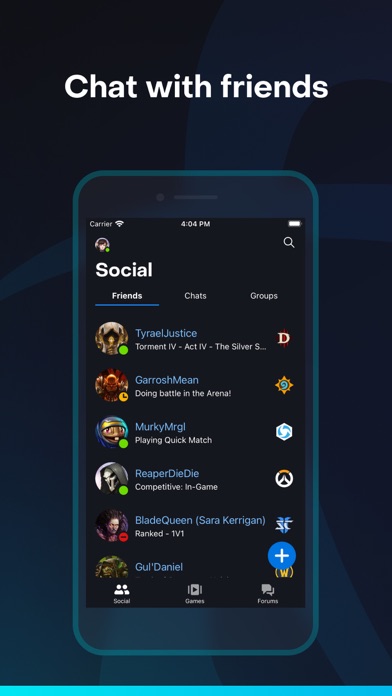 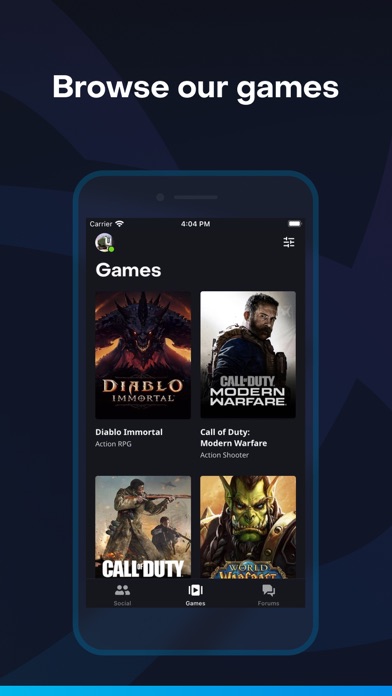 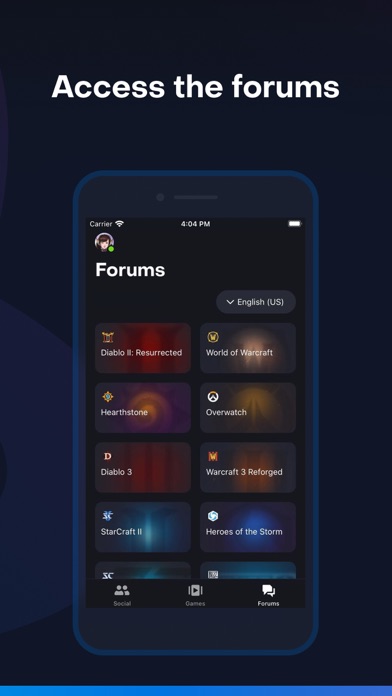 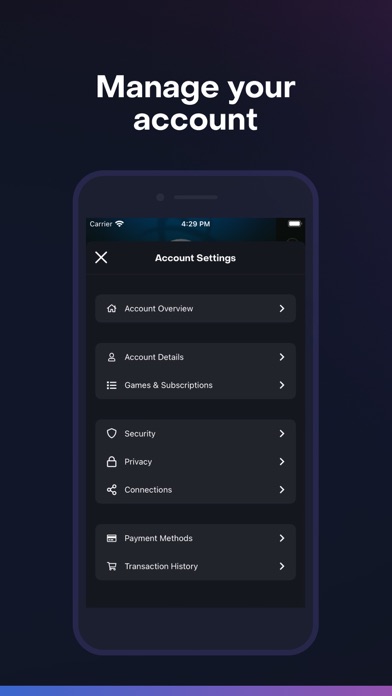 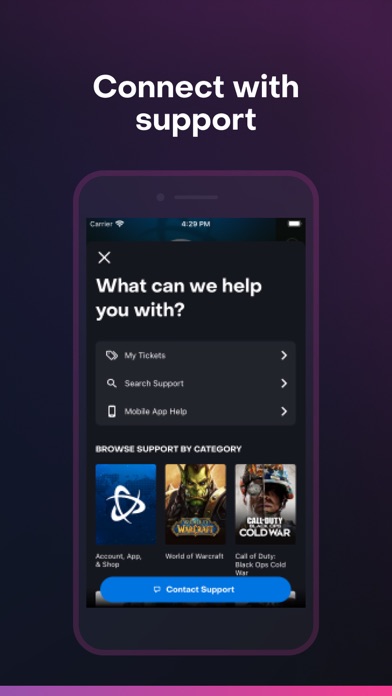