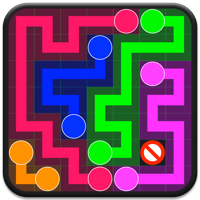 Bind is the challenging new puzzle game that is easy to learn but difficult to master! A variation of an old classic, it is very addictive to play and will keep you entertained for hours. SIMPLE RULES: + Draw lines to connect each pair of same-colored dots. + Do not cross through other colored dots or lines. + Fill all empty spaces to finish each game. Difficulty increases as the grid becomes larger and you progress through the levels. With each level you complete, the next level is unlocked. Score points and stars at each game based on your speed and accuracy. Happy Binding! Features: - 80 levels included in this free version - Levels from 5x5 up to 8x8 cell matrix - Easy to learn, difficult to master - Simple yet attractive game interface - Continue play automatically from where you left off, or select any other unlocked level - Game sounds can be turned on or off - Challenging fun for all ages 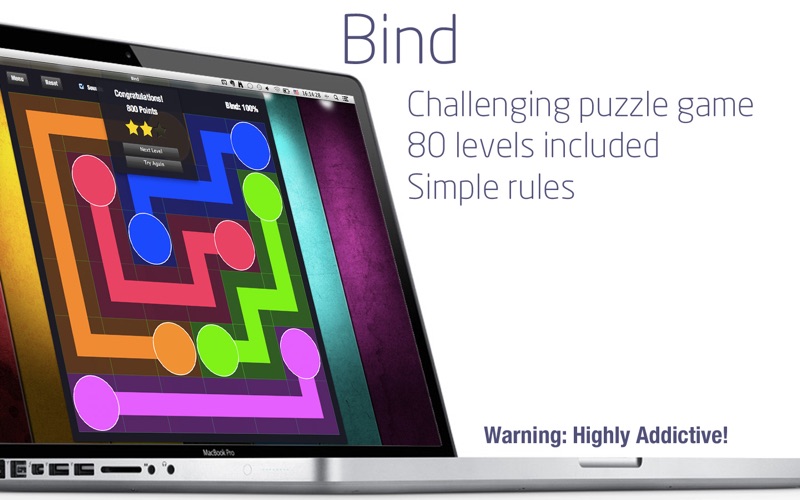 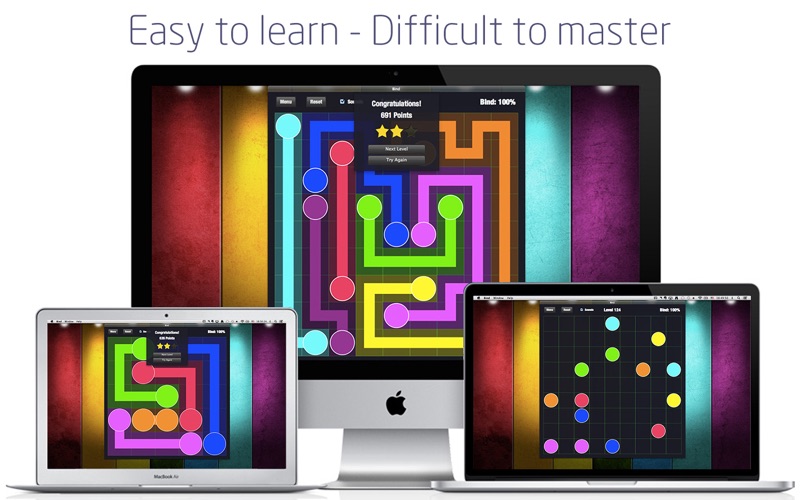 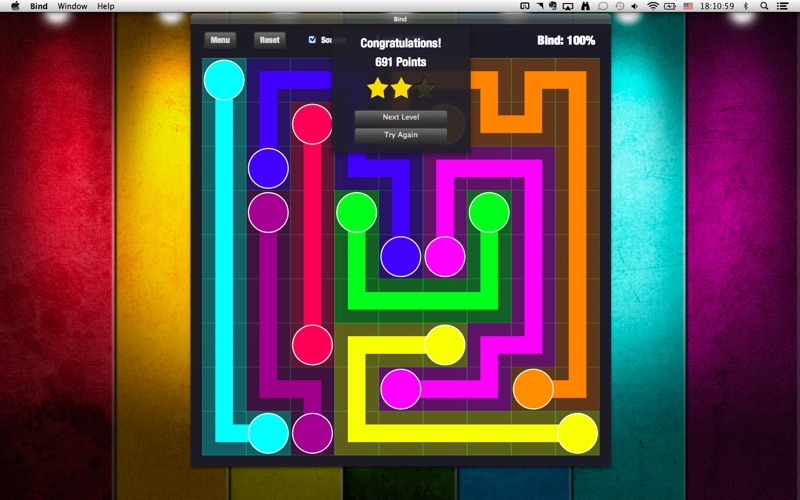 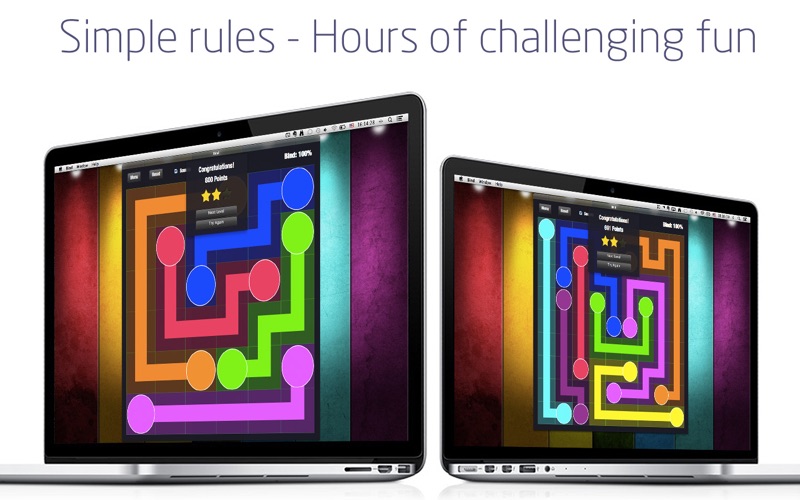 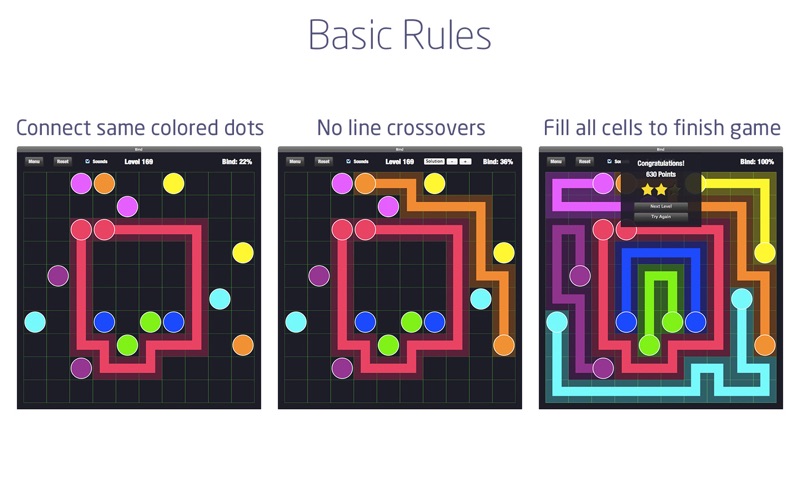