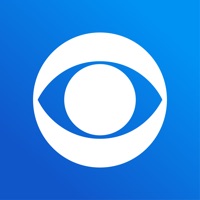 Stream full episodes of your favorite CBS shows the day after they air for FREE! Plus, unlock more than 15,000 episodes--including favorites from Nickelodeon, BET, MTV and Smithsonian Channel--exclusive original series, and live sporting events like the NFL on CBS and UEFA Champions League, when you subscribe to CBS All Access. Free CBS app users can: • Stream the latest CBS episodes FREE. Catch up on the latest CBS primetime, daytime and late-night episodes in HD. • Watch your local CBS station live using your TV provider credentials. CBS All Access subscribers can: • Watch thousands of episodes on demand from hit series like Big Brother, NCIS, SpongeBob Squarepants, Avatar, Chappelle’s Show, Single Ladies, and more! • Stream 4 channels of live TV: your local CBS station (including the NFL on CBS), 24/7 news coverage on CBSN, live scores + highlights on CBS Sports HQ and 24/7 entertainment news on ET Live. • Create up to 6 individual profiles for each member of your household. Have kids? Use our Kids Mode profile feature for extra security. • Obsess over originals. Watch subscriber-only original series like The Twilight Zone, Star Trek: Picard, The Good Fight and The Thomas John Experience. • Download and watch offline with a Commercial Free plan. • Binge a classic. Catch up on ad-free classic series like Perry Mason, Frasier, animated classics and more. Try CBS All Access FREE now! After your trial, it’s only $5.99/month for the Limited Commercials plan or $9.99/month for the Commercial Free plan. (Live TV includes commercials and select shows have promotional interruptions. Downloaded content is accessible for earlier of 30 days from date of download or 48 hours from start of playback. Downloaded content is not playable outside the U.S.) Download the app now to get started! Payment will be charged to iTunes Account at confirmation of purchase. Subscription automatically renews unless auto-renew is turned off at least 24-hours before the end of the current period. Account will be charged for renewal within 24-hours prior to the end of the current period at $5.99 per month for the Limited Commercials plan and $9.99 for the Commercial Free plan. You can manage your subscription and auto-renewal by going to your device Account Settings after purchase. If subscription is canceled, cancellation will be effective at end of then-current subscription period. No refunds. Any unused portion of a free trial period, if offered, will be forfeited when you purchase a subscription to CBS All Access Commercial Free. Show and episode availability subject to change. Please note use of the CBS app is limited to United States. Video is accessible via 3G, 4G, LTE, and WiFi networks. Data charges may apply. Live TV subject to availability. NFL on CBS programming can be viewed on our service across other platforms, but is not available on mobile phones. Other restrictions apply. Please note: This app features Nielsen’s proprietary measurement software which will allow you to contribute to market research, like Nielsen’s TV Ratings. Please visit http://www.nielsen.com/digitalprivacy for more information. For additional information about this app’s video services, including your choices, please visit http://legalterms.cbsinteractive.com/video-services. Mobile Service Agreement: http://legalterms.cbsinteractive.com/eula Terms of Use: http://legalterms.cbsinteractive.com/terms-of-use Privacy Policy: http://legalterms.cbsinteractive.com/privacy California Privacy/Info We Collect: https://ca.privacy.cbs Do Not Sell My Personal Information: https://ca.privacy.cbs/donotsell 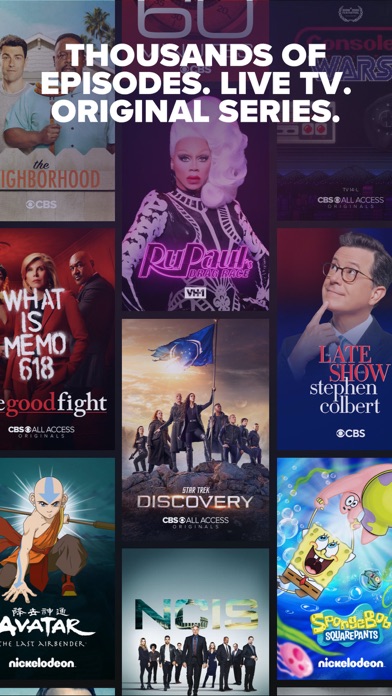 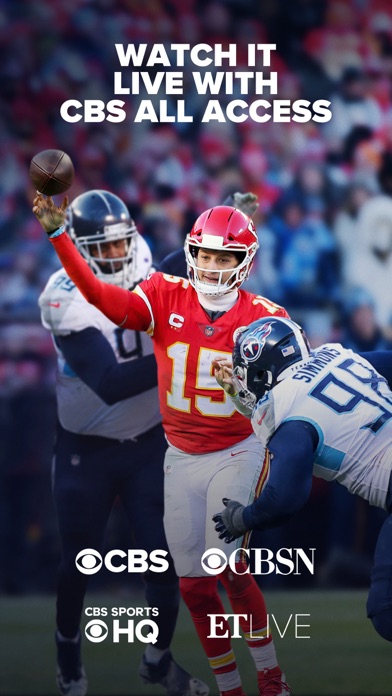 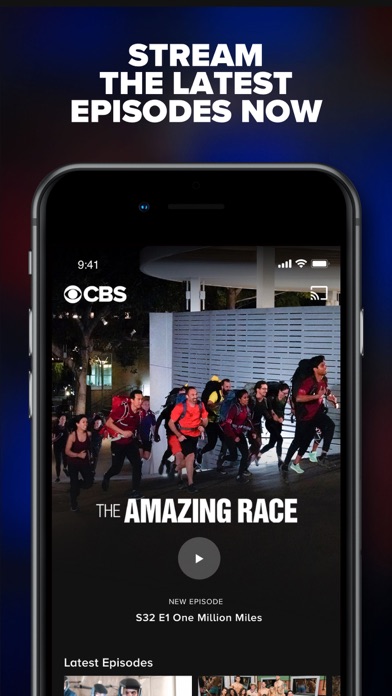 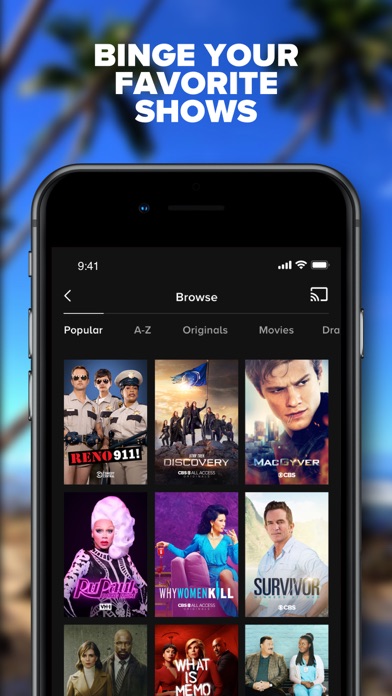 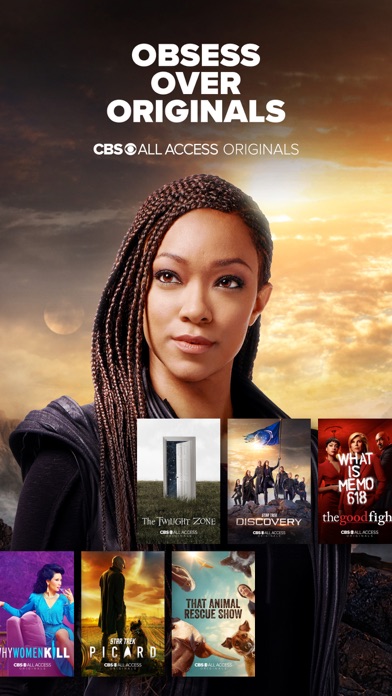 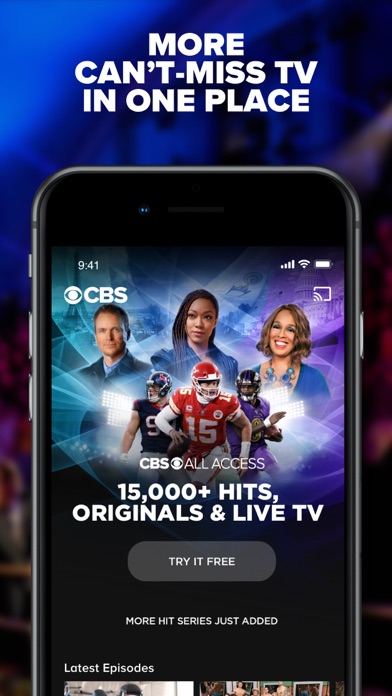 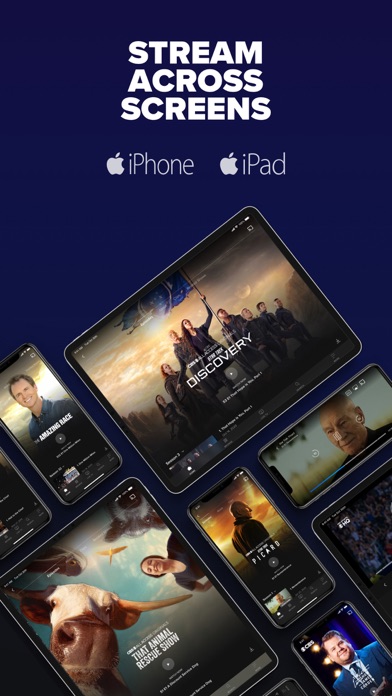 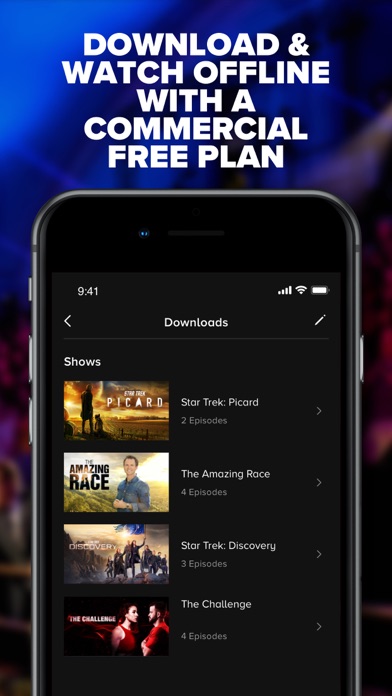