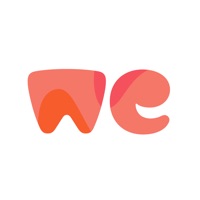 Collect is the best way to save everything that inspires you and fuels your ideas. Upload images and videos, save links and anything from across your apps, then organize it all into visual boards. You can share boards (if you want), and work together right in a board! • Add images, songs, videos, documents and anything else you got • Save links and cool stuff you find from across your apps • Organize all your items into beautiful boards to visualize your ideas • Share boards with anyone, no sign-up required • Invite others to collaborate on boards so everyone’s on the same page Now available for iPad! ------ Whether it’s inspiration, ideas you’re working on, references for later, or stuff you love—you can save, organize, and share it for free with Collect. To backup and sync all your boards and items across your devices, upgrade to Collect Pro. ------ About Us WeTransfer makes beautifully obvious tools that bring ideas to life. Founded in 2009 as a simple, well-designed file sharing service for the creative community, WeTransfer has grown into a set of products for different parts of the creative process. These include storytelling platform WePresent, quick slide-making tool Paste, immersive sketching app Paper, inspiration-capturing tool Collect, and the WeTransfer.com platform, where 42 million people send one billion files every month. ------ Terms of Service: https://wetransfer.com/legal/terms Privacy Policy: https://wetransfer.com/legal/privacy 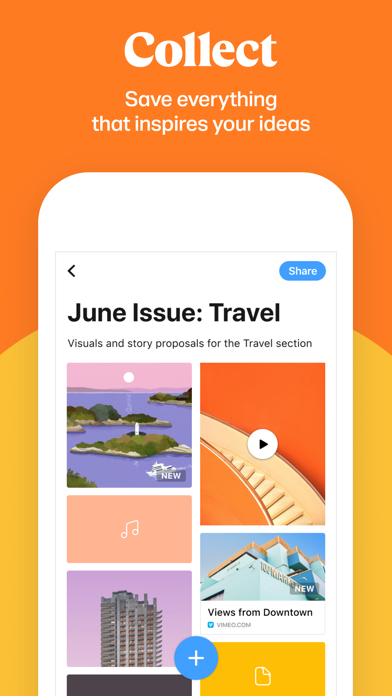 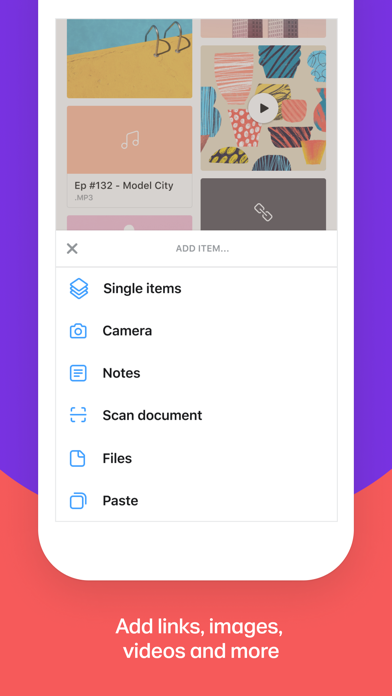 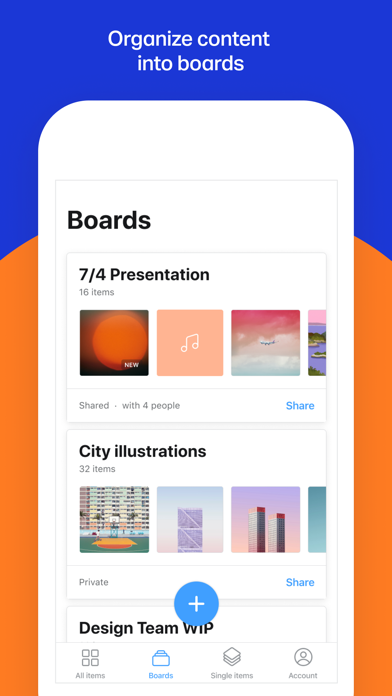 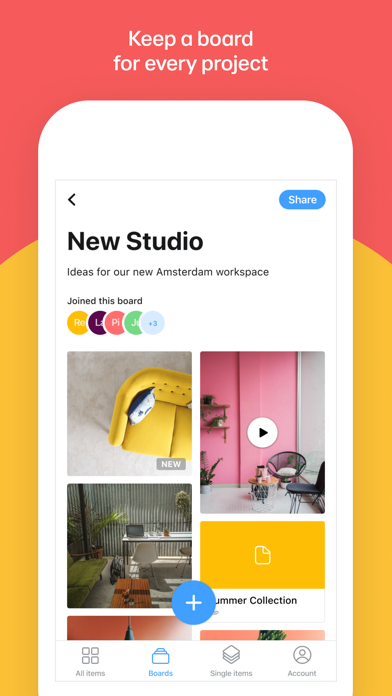 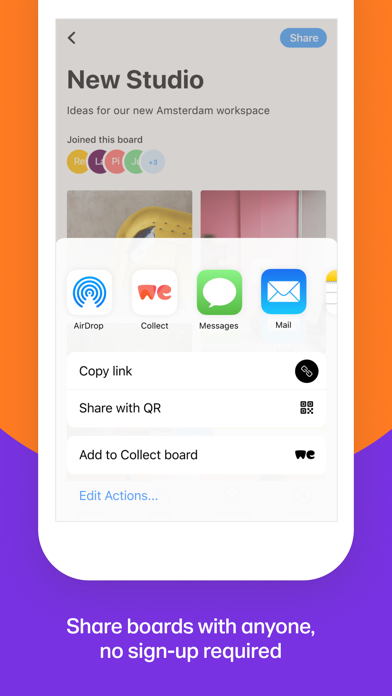 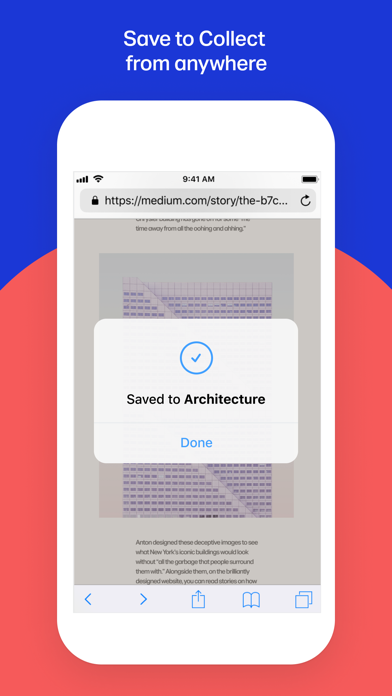