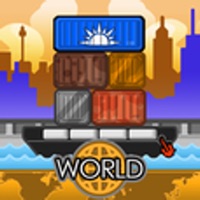 Crazy Harbor is an addictive game with more than 1.000.000 downloads! One million people addicted to Crazy Harbor can't be wrong! Crazy Harbor is an addictive, high-concentration game. It entertains you with detailed, colorful graphics and funny sounds, making the game appealing to all ages. Crazy Harbor gives you 180 levels of pure entertainment. You must envision yourself in a port. You are in charge of loading your ship only with the most valuable content. Use dynamite, wind and magnets to avoid carrying any unwanted containers on your boat. Make sure to keep your valuables out of the water! With only 30 seconds to strategize, Crazy Harbor will challenge your mind, offering 180 levels for you to prove your ability and effectiveness. Crazy Harbor is a Jenga-inspired puzzle game, where it's all about physics. Available for both iPhone and iPad. 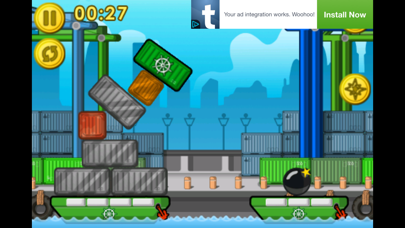