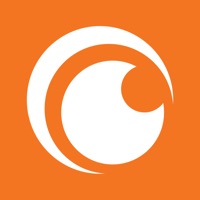 Stream the world’s largest anime library. Watch over 1,000 titles—from past seasons to new episodes fresh from Japan, including critically acclaimed Crunchyroll Originals. Get full access to new shows like Demon Slayer: Kimetsu no Yaiba, Attack on Titan, My Dress-Up Darling, The Strongest Sage With the Weakest Crest, In the Land of Leadale, ORIENT, plus favorites like One Piece, BORUTO: NARUTO NEXT GENERATIONS, JUJUTSU KAISEN, Black Clover, Naruto Shippuden, My Hero Academia, JoJo's Bizarre Adventure, and more! Whether you’re new to anime, or have been a fan for decades, Crunchyroll has something you’ll love. Want to upgrade your experience? Try Crunchyroll Premium FREE for 14 days! Depending on your plan, you'll get great perks like: • No ads • New episodes one hour after Japan • Offline viewing • Quarterly Crunchyroll Store discounts Become a Premium user with in-app purchasing and auto-pay each month. In-App Purchase information: - Subscribe to Premium starting from $7.99 per month (amount in USD in US App Store) - Your iTunes Account will automatically be charged after you confirm your subscription - The subscription automatically renews unless auto-renew is turned off at least 24 hours before the end of your billing period. You can manage subscriptions and turn off auto-renewal by going to Account Settings after purchase - Your iTunes Account will be charged monthly for renewal within 24 hours prior to the end of the current period - A current subscription cannot be cancelled during an active subscription period - You can find our Privacy Policy at https://www.crunchyroll.com/privacy and Terms of Service at https://www.crunchyroll.com/tos