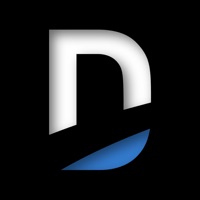 Download the DIRECTV app, a companion to your DIRECTV service, and enjoy a world of entertainment. Watch Live TV and recorded shows, catch up on the latest movies and shows with On Demand, and schedule recordings on your DVR—no additional equipment needed, at no extra cost. **WATCH** • Watch thousands of your favorite movies and shows, Live or On Demand • Stream or download your home DVR recordings to your devices. • Enjoy the latest releases from premium channels you subscribe to like HBO®, Cinemax®, STARZ®, ENCORE®, and SHOWTIME® • Switch screens! Watch your favorite show on one device then tap a button to send it to the big screen. And vice versa—send a show from your TV to your device! **RECORD** • Record your favorite movies and shows from anywhere! • Content running long? Add extra time to your recording and don’t miss a second of your favorite content **CONTROL** • Use your mobile device to pause, play, and rewind the program that’s playing on your TV • When you want to find a show, just speak up. Voice search can help you find exactly what you're looking for. You can even set it to display results on your TV • Set parental controls and enjoy peace of mind over what your kids are watching **REQUIREMENTS** • iPad ® running iOS 13 or later • DIRECTV customers must have a Residential Home account registered on DIRECTV's website to access the DIRECTV app for tablets • Watching On Demand or select Live TV Streaming channels outside the home requires an active Wi-Fi or 3G/4G Internet connection. For best performance, connect to a strong Wi-Fi signal. • Available content is based on your current programming package and premium service. Not all content is available to stream at this time • Live TV Streaming in-home only channels and remote control requires a Wi-Fi connection to your home network and a DIRECTV Plus® HD DVR (models R22, and HR20 or higher) connected to a broadband Internet connection. Remote control also works with HD receivers (models H21, H23 or higher) connected to a broadband Internet connection • DVR streaming and downloading requires Internet-connected Genie HD DVR model HR44 or higher and compatible mobile device. To download, must be in-home on same Wi-Fi network connected to DVR • App download, advertisements and non-streaming app activity may incur data usage • Scheduling a recording requires a Wi-Fi, or mobile network connection and a DIRECTV Plus® DVR or HD DVR • Receivers do not require phone or Internet connection to schedule a recording In rare instances, scheduled recording(s) may not be recognized. Only available on certain receivers. For complete details on technical requirements, please visit: https://support.directv.com/app/answers/detail/a_id/3426 For more information on the DIRECTV App, please visit: http://directv.com/appfaq This DIRECTV App features Nielsen’s proprietary measurement software which will allow you to contribute to market research, like Nielsen’s TV Ratings. Please see the Nielsen Digital Measurement Privacy Policy at http://www.nielsen.com/digitalprivacy for more information about this Nielsen measurement feature. Use of the DIRECTV App by DIRECTV customers is subject to the DIRECTV Apps End User License Agreement and DIRECTV App Privacy Policy, both of which can be found at http://www.directv.com/DTVAPP/content/support/agreements_policies.