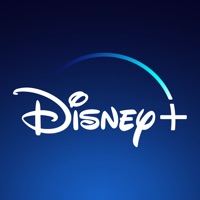 Disney+ is the streaming home of your favorite stories. With unlimited entertainment from Disney, Pixar, Marvel, Star Wars and National Geographic, there's always something to explore. Watch the latest releases, Original series and movies, classic films, and TV shows with new stories added every week. When opening Disney+ for the first time on or after March 16, all subscribers in the U.S. will be prompted to update their Parental Controls. This includes the option to select content ratings restrictions for each profile as well as to add a PIN to lock profiles. Those that choose to keep their settings the same will continue to enjoy Disney+ as they always have within a TV-14 content rating environment, with the option to make changes at any time under Profile settings. Stream and download Originals like Loki, and fan favorites like Frozen and The Simpsons. With Disney+, you get: • Exclusive new Originals from the creators of Disney, Pixar, Marvel, Star Wars, and National Geographic • Access to new releases, timeless classics and past seasons of your favorite TV shows • GroupWatch, a way to watch Disney+ together, even when you’re apart • Unlimited downloads on up to 10 devices • Over 100 titles in 4K UHD and HDR • The capacity to watch on four screens at once at no extra cost • IMAX Enhanced, see the full scale and scope with IMAX's expanded aspect ratio. Available with certain Marvel titles and accessible on all devices where Disney+ is supported. • Multiple parental control features including Profile PIN, Kids Profiles, Kid-Proof Exit. Account holders can change an individual profile’s content rating at any time under Profile settings. For help with Disney+, please visit: http://help.disneyplus.com. For our Subscriber Agreement and other policies please visit: https://disneyplus.com/legal. Your California Privacy Rights: https://www.disneyplus.com/legal/your-california-privacy-rights Do Not Sell My Information: https://www.disneyplus.com/legal/privacy-policy The content available on Disney+ may vary by region. Some titles shown above may not be available in your country. 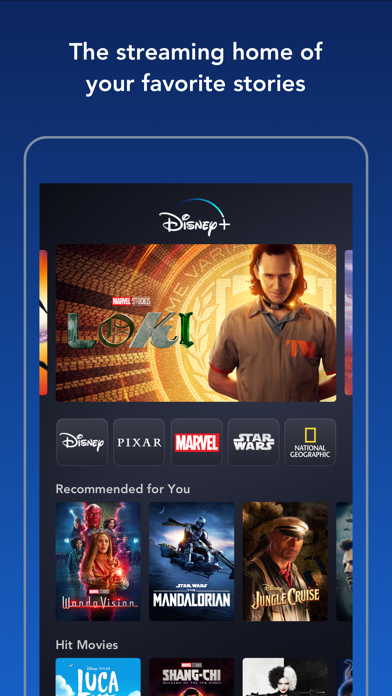 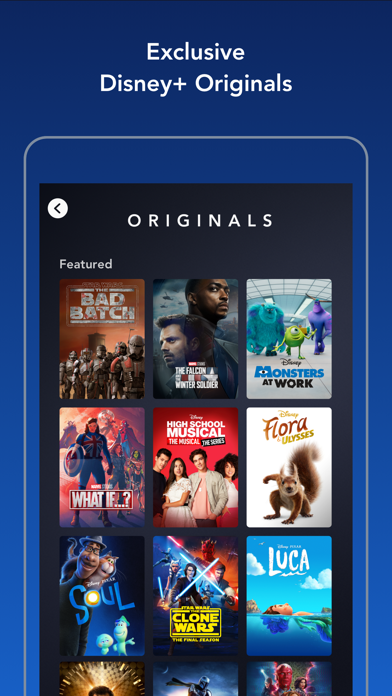 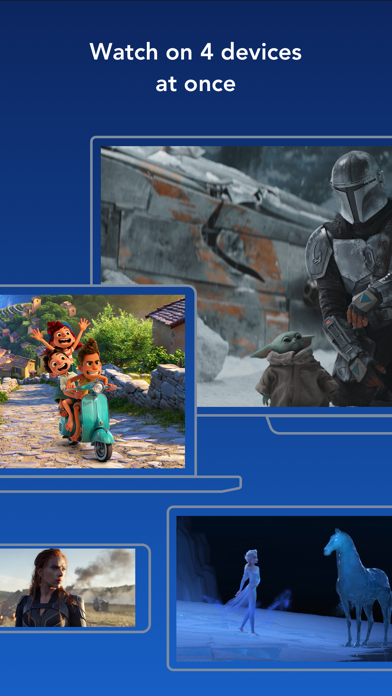 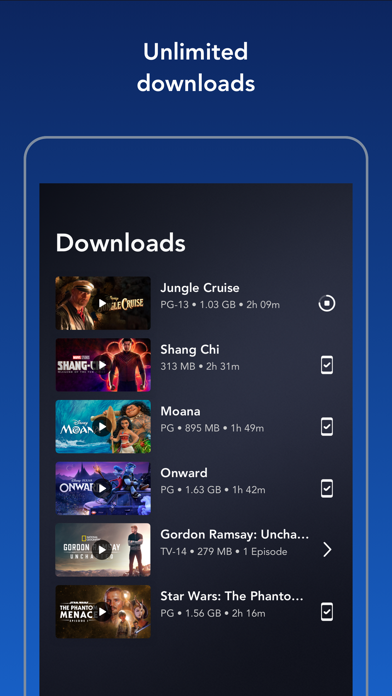 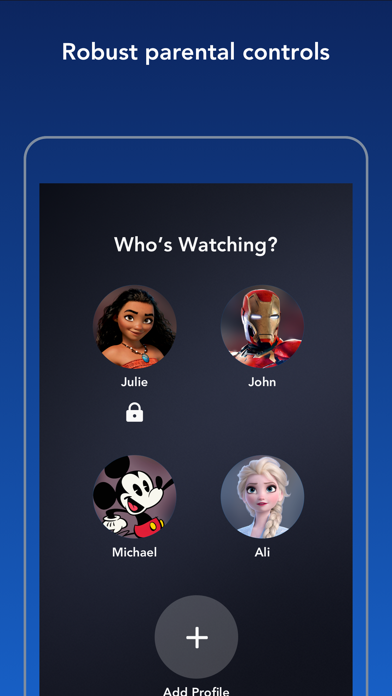 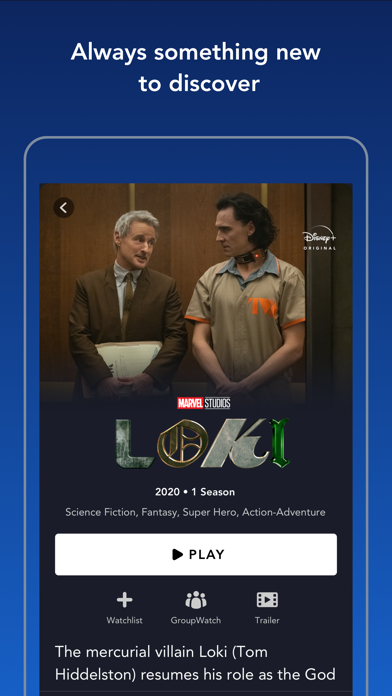 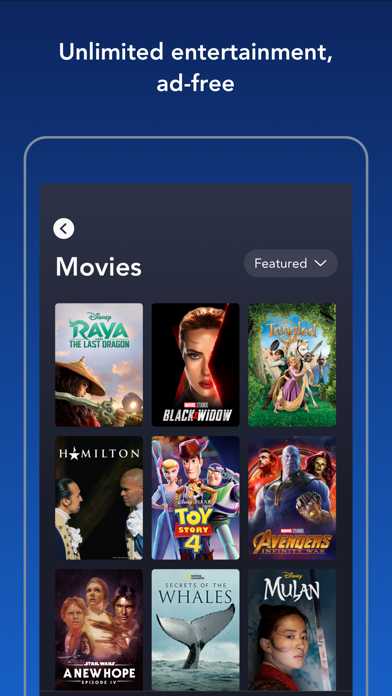 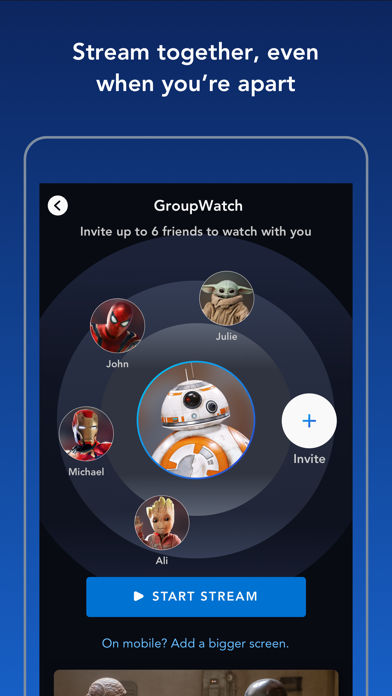