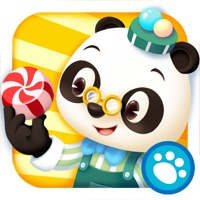 CREATE THE PERFECT CANDY! Explore the exciting and delicious world of Dr. Panda Candy Factory! Help Dr. Panda control the machines in his factory and experiment with color, flavor and shape to create tasty candy! PLAY AND LEARN TOGETHER! Dr. Panda Candy Factory is about playing, creating and communicating! Each factory has been designed so that kids can choose to play by themselves or together on one screen with a friend or parent. SO MANY WAYS TO CUSTOMIZE! Make different kinds of candy in an endless amount of ways! Launch bubblegum in the exciting pinball factory, get creative in the gummi lab or make a mess in the chocolate creation station! …And don’t forget to let Dr. Panda’s friends have a taste! Watch them react to your candy, and they’ll tell you just how much they love them! **This version of Dr. Panda Candy Factory is free to download, and includes the gummy factory for free. This app contains in-app purchases to add more factories to make more, different kinds of candy. Content is identical to the paid version of Dr. Panda Candy Factory. KEY FEATURES - Design and create your own candy in over 60 ways! - Make chocolate, bubblegum and gummies! - Let Dr. Panda’s friends taste and react to your candies! - Learn and mix how to create new colors! - Play and discover together with a parent, friend or classmate! - Free to explore with no time limits or scoring - Kid safe! Privacy Policy As a designer of kids’ games, we understand how important privacy is in this modern, digital world. You can read our privacy policy here: http://www.drpanda.com/privacy About Dr. Panda Dr. Panda is a developer of games for kids. We develop games with educational values that help kids learn about the world. All of our games are safe and do not contain inappropriate content. If you’d like to know more about us and how we design games for kids, visit our website www.drpanda.com/about. If you have any questions, feel free to send us an email at [email protected] or contact us on Facebook (www.facebook.com/drpandagames) or Twitter (www.twitter.com/drpandagames) or Instagram (www.instagram.com/drpandagames). 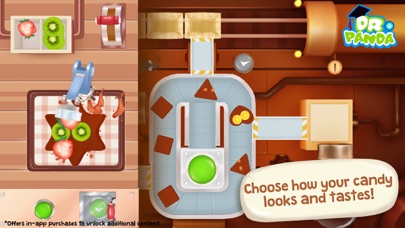 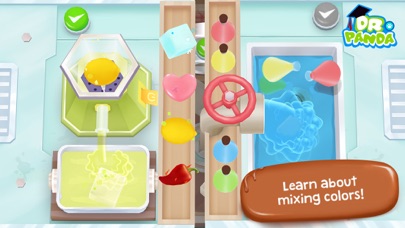 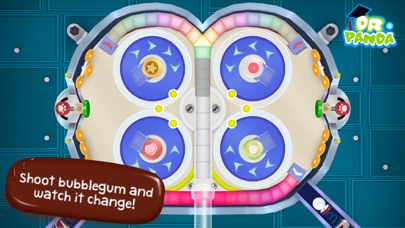 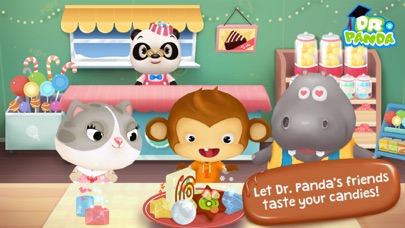 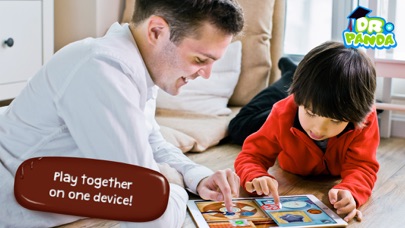