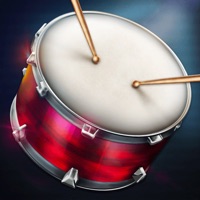 Discover the best drumming experience on the App Store! Looking for an app to learn how to play drums? Or just want to have fun making music? Drums is the perfect app for you Play like a real drummer in no time! It’s very simple to use, with ultra realistic sound and feel. Everything has been made for you to feel like you're playing on a real drum set. Just tap and instantly hear the kick drums, cymbals, or snare drums! Practice with the lessons whether you are a beginner or a pro drummer: choose the difficulty level that suits you. Learn thousands of song from a songbook updated every week! Come and play to practice and perfect your drumming skills so you can become a master drummer. Get all notes and rhythm perfectly to reach high score. And don’t worry, various musical genres are available: Rock, Pop, Djembe, Jazz, Metal, Hard-Rock... just pick your favorite one! You learned new skills through the lessons and now you want to get wild? Start jamming with the free play mode. Pick the drums that suits your style: Djembe, Jazz, Rock, Dance...they all have beautiful design, and ultra realistic HD sound. Perfect for freestyle sessions! You are free to play everywhere you want and the music you like. Learn, practice and play for hours! KEYS FEATURES: LESSONS - Play easily like on a real drum just by following the instructions - Different difficulty levels so you can practice and progress - Learn to play drums while having fun - Discover and play hundreds of song with various musical genres: Rock, Jazz, Metal, Dance... - New songs added in the songbook every week FREE PLAY MODE - Test and put into practice what you have learned - Select the drums that correspond to your style: Djembe, Rock, Dance, Jazz, Metal... - Ultra realistic HD sound and feel - Create your own music. You are free to play and compose what you like - Perfect for practicing your drums rudiments - Load songs from the catalog to accompany you Are you ready to become a skilled drummer? Drums is waiting for you so do not hesitate any longer! Learn, Practice, Play. ------------------------ SUBSCRIPTION INFORMATION - Subscribe for unlimited access to our Premium songs catalog and play with all Drum kits - Weekly ($7.99) & yearly ($40.99)* - Free trial subscription is automatically renewed unless cancelled 24 hours before the renewal - Payment will be charged to iTunes Account at confirmation of purchase - Account will be charged for renewal within 24-hours prior to the end of the current period, at the same price - No cancellation of the current subscription is allowed during active subscription period - Subscriptions may be managed by the user and auto-renewal may be turned off by going to the user’s Account Settings after purchase - Any unused portion of a free trial period, if offered, will be forfeited when the user purchases a subscription to that publication, where applicable Privacy Policy & Terms of Service: https://musicworldmedia.com/products/drums/tos *Price are equal to the value that "Apple's App Store Matrix" determines is the equivalent of the subscription price in $USD. Have any question or suggestion regarding the app? Our support team is ready to help at [email protected] 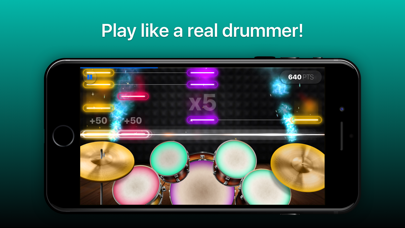 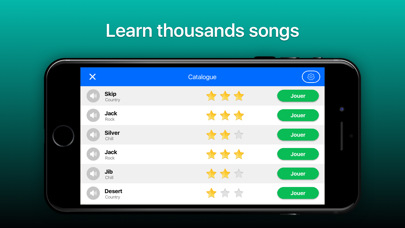 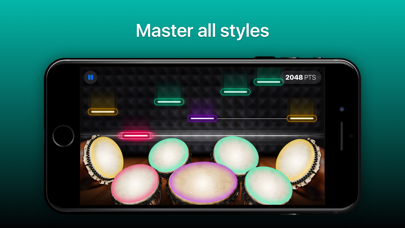 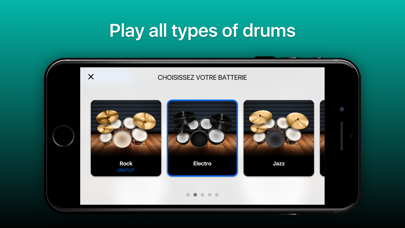 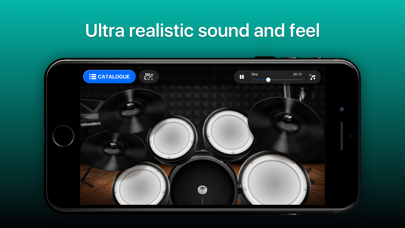