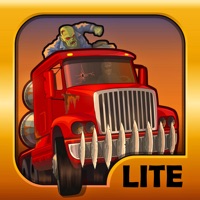 Drive your way through a zombie apocalypse! Give Earn to Die a test drive today, and see why the hit online game that enjoyed OVER 150 MILLION PLAYS is bigger and better than ever on iPhone, iPod touch and iPad. THE BEST OF THE ACTION, DRIVING AND UPGRADE GENRES You're stranded in a desert surrounded by zombies. With only a run-down car and a small amount of cash at your disposal, your mission soon becomes clear – to drive through hordes of zombies in order to escape... alive! Earn to Die sees you not only driving your way through hordes of zombies, but allows you to earn cash to upgrade, unlock and customise new vehicles. Is your vehicle not strong enough? Why not add a gun, or boosters, or even a spiked frame? Earn to Die Lite lets you play through the first level of the Story Mode for free. Reviews of Earn to Die and Earn to Die HD: "An insane amount of fun ... never fails to bring a smile to my face" - 148Apps "The more you play the better death machine you can build, and it is incredibly satisfying" - App All Knight "Has you mowing down zombies like weeds." - AppAdvice "It's a runner, except with cars. Also, it has zombies in it. Oh, and it's actually pretty cool." - Touch Arcade "You’d have to be a zombie yourself not to enjoy jumping a schoolbus across a canyon" - Slide To Play "We're serious, go download it now, it's oodles of mindless fun." - Pocket-lint Once you've completed your test run don't miss out on the full version of Earn to Die so you can: ● Smash your way through the rest of the STORY MODE, which sees you driving cross-country during a zombie apocalypse ● Get access to all 8 VEHICLES , including a race-car, a truck and even a school bus! ● UPGRADES GALORE! Just unlocking a vehicle isn't enough, customise each vehicle with a range of upgrades ● Zombiesssssssssssss... Plenty more zombies to smash through... Be sure to introduce them to your car's front bumper ● CHALLENGE YOUR FRIENDS for the best time in Championship Mode ● Survived the zombie apocalypse? Smash through pumpkins and unlock ACHIEVEMENTS in the brand new HALLOWEEN MODE So think you’ve got what it takes to survive the Zombie Apocalypse? Download and try your luck today. Note: Some aspects shown in the screenshots may only be available on the full version of the game. 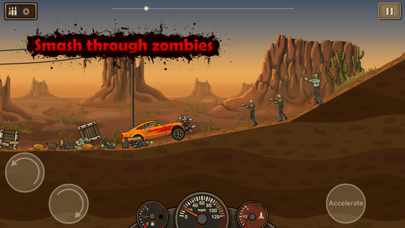 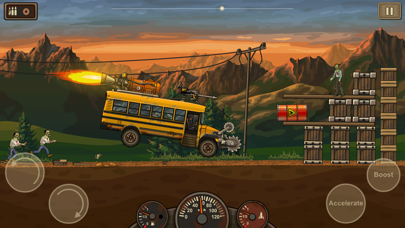 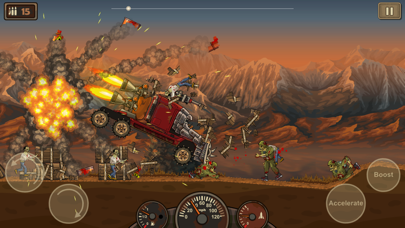 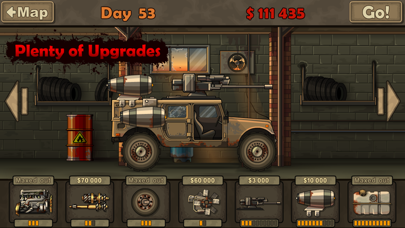 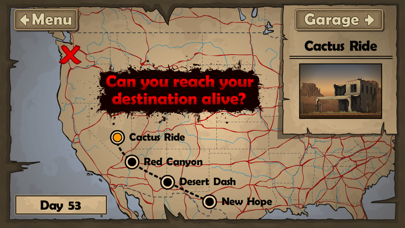