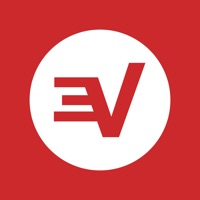 ExpressVPN is a virtual private network engineered to protect your privacy and security. Go online safely and anonymously in just a few taps. 7-DAY FREE TRIAL Download it for free to try on all your devices. FAST VPN SERVER NETWORK Connect to 3,000+ VPN servers in 160 locations in 94 countries. Unlimited speed and bandwidth. ACCESS ANY CONTENT Stream or download anything, from any of our servers, anywhere on Earth. SAFE AND ANONYMOUS TrustedServer technology and powerful encryption protect you from hackers and trackers. Secure your connection on public Wi-Fi hotspots. PROTECT YOUR PRIVACY Hide your IP address and location. Strict privacy policy: No activity logs, no connection logs. 24/7 CUSTOMER SERVICE Get help in seconds, not days. Ask us anything through live chat support or email. iOS APP FEATURES • Auto-reconnects if your VPN connection is interrupted • Widget: Check VPN status and connect/disconnect from the VPN • Encryption with UDP, TCP, IPsec, and IKEv2 protocols • Works with Wi-Fi, LTE/4G, 3G, and all mobile data carriers SUBSCRIPTION PLANS ExpressVPN offers 1-, 6-, and 12-month subscriptions. Subscriptions include access to ExpressVPN apps on every platform, which you can download and install on as many devices as you wish. Connect to our global network of VPN servers on up to five devices simultaneously. ITUNES TRIAL AND SUBSCRIPTION DETAILS If you subscribe via iTunes, your Apple ID account will be charged on the last day of your free trial. Your subscription will automatically renew at the end of each billing period unless you cancel it at least 24 hours before the expiry date. Manage or cancel your subscription in your App Store account settings. Any unused portion of a free trial period, if offered, will be forfeited when you purchase a subscription. TERMS OF SERVICE https://www.expressvpn.com/tos PRIVACY POLICY https://www.expressvpn.com/privacy-policy 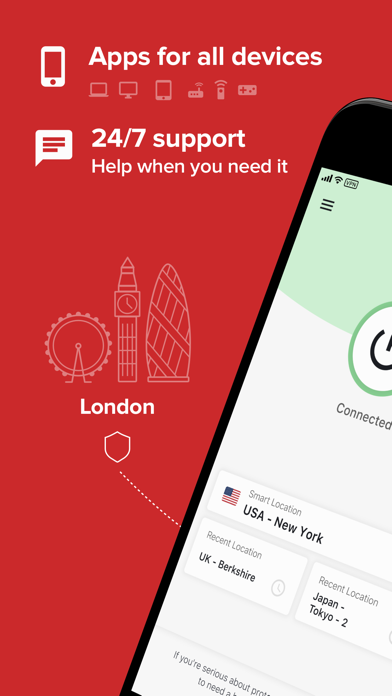 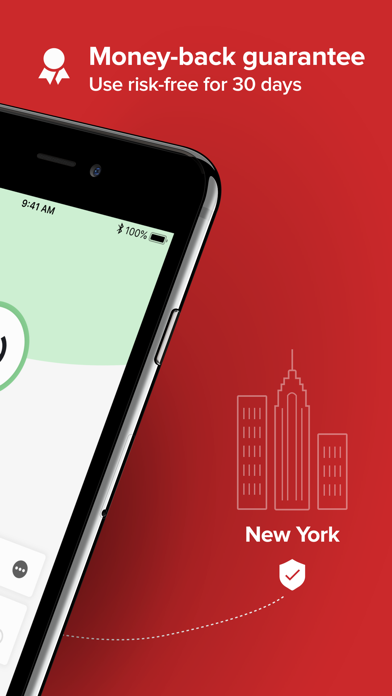 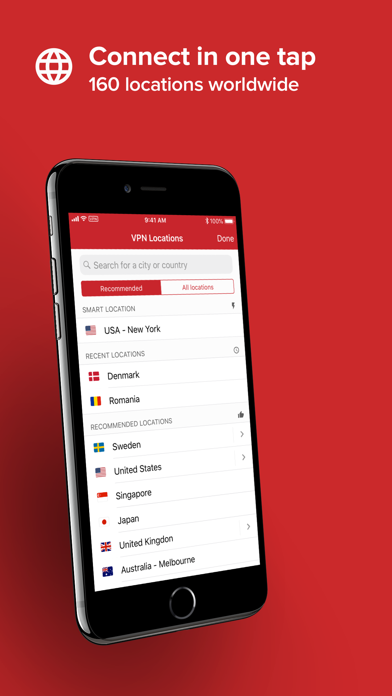 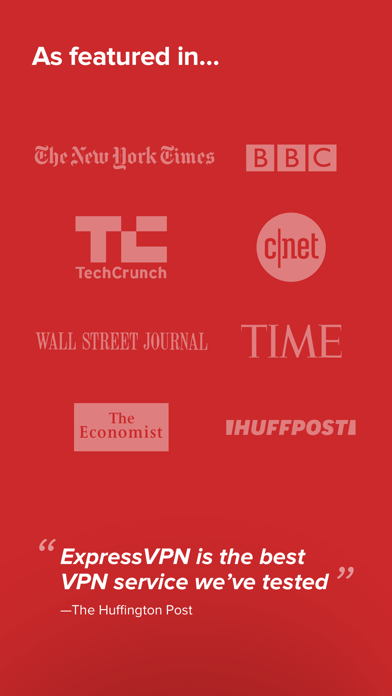