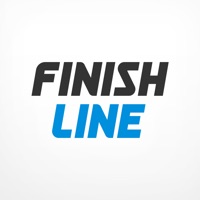 Shop the latest shoes, freshest sneakers, and clothing with the Finish Line mobile app. Get exclusive deals & offers and updates on when the newest releases are dropping so your style stays elite. Whether you’re shopping online for sneakers, basketball shoes, running shoes, casual wear, athletic wear, or the hottest workout fashion, you can buy online to suit your style at Finish Line. Shop the season’s freshest basketball or running shoes & sportswear fashion deals from top brands like Nike, Jordan, adidas & more. Plus, you can always buy online and pick up in-store, so you can get your favorite basketball, running or workout shoes even faster. Finish Line gives you access to: - Sneaker Reservations: Enter a raffle for the chance to cop the latest sneakers - Personalized Shopping: Get a curated list of looks based on your style preferences. Shop and check out right from the app. - Sneaker Feed: Scroll through our latest blog updates, style recommendations, sneaker releases, and more. - Fresh Releases: Find out when the hottest shoes are dropping. Filter to find the releases on your must-have list. Get rewarded for shopping like a VIP when you sign up for the STATUS loyalty program.. Earn STATUS Points every time you shop at JD Sports and Finish Line. 1. Choose Your Welcome Gift - access STATUS rewards to choose your exclusive gift 2. Shop & Earn - get STATUS points on your purchases with JD Sports and Finish Line 3.Access & Redeem Rewards - Shop STATUS Rewards to redeem your STATUS points. 4. Gain STATUS - earn 5000 STATUS Points in a calendar year and gain access to A-List STATUS and exclusive rewards. Download the Finish Line mobile app today for elite global styles and exclusive rewards and releases. 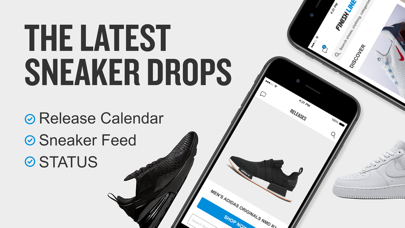 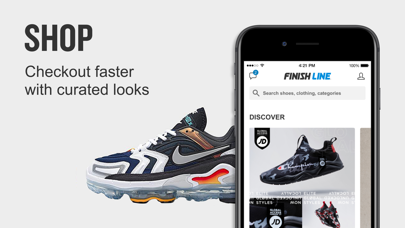 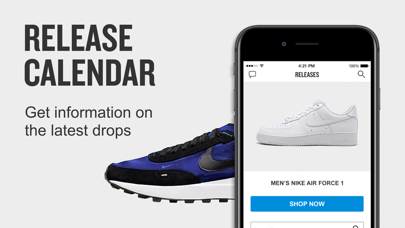 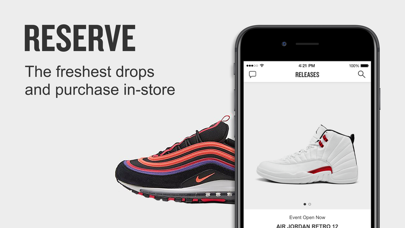 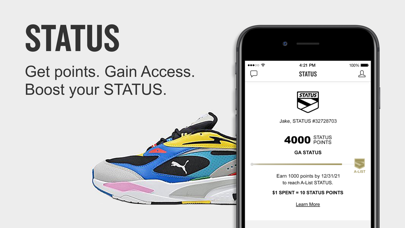