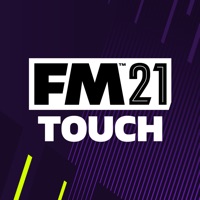 A member of the world-renowned Football Manager family, Football Manager 2021 Touch is the speedier way to experience life at the helm of the world's greatest football clubs. While your role may be streamlined, your choice of clubs isn’t, with 117 leagues from 52 of the world’s biggest footballing nations to choose from. Will you opt for domestic success or an adventure abroad? Tactical presets prime you for success and feature the most popular formations from around the world of football. For more control and personalisation, there’s also a custom setting for you to stamp your individual style and preference. On Matchdays you can enjoy the action from the touchline or skip straight to full time by simulating your results. Smashing through the seasons lets you focus your time on scouting our database to buy global superstars and unearth wonderkids - there are thousands to be discovered. Challenge Mode tasks you with beating various ready-made trials and scenarios. Aim to finish the season unbeaten, see off an injury crisis or battle the odds and avoid relegation over the last few games. No game gets closer to the dream of managing the world’s top clubs and new features take FM21 Touch to new levels. NEW FOR THIS SEASON Matchday Magic Matchdays are like you’ve never seen before in FM21 Touch. Graphical improvements and a redesigned display allow you to see more of the action, all the while receiving more useful information from your Assistant. For the first time in the Touch series, you can communicate with your players during matches by using Shouts, allowing you to really get your point across. Level Up With Data Learn more about your team’s strengths and how to exploit opposition weaknesses. Benefit from new stats and clear data visualisation during matches to help lift performance levels. You’ll also find more analysis in Team Reports, news items, and end of season summaries, showing exactly where you stack up against the rest of the competition. Revel In Your Glory Success will feel all the sweeter, trophy celebrations will be more significant and you’ll get more analysis on what went right, your biggest wins and areas for improvement as you look to cement your legacy. Best-Looking Match Engine Yet Improved animations, an enhanced lighting system and additional stadium elements combine to produce the most realistic match action to date. Privacy Policy: https://www.sega.com/FM_Privacy_Policy_EN EULA: https://www.sega.co.uk/fm21_eula_en © Sports Interactive Limited 2020. Published by SEGA Publishing Europe Limited. Developed by Sports Interactive Limited. SEGA and the SEGA logo are either registered trademarks or trademarks of SEGA Holdings Co., Ltd. or its affiliates. SEGA is registered in the U.S. Patent and Trademark Office. Football Manager, the Football Manager logo, Sports Interactive and the Sports Interactive logo are either registered trademarks or trademarks of Sports Interactive Limited. All rights reserved. All other company names, brand names and logos are property of their respective owners.