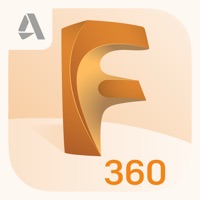 Autodesk® Fusion 360™ for iPhone and iPad lets you collaborate on 3D designs with anyone inside or outside your company. With the Fusion 360 app, you have the flexibility to view and collaborate on your Fusion 360 CAD models—anytime, anywhere. The app supports more than 100 file formats including DWG, SLDPRT, IPT, IAM, CATPART,IGES, STEP, STL, making it easy to share designs with your team, clients, partners, and friends. The free app works in conjunction with its companion cloud-based desktop product, Autodesk® Fusion 360™, a 3D CAD, CAM, and CAE tool for product design and development. * To use Fusion 360 for iPhone and iPad, you will need to sign in with your Fusion 360 account information. FEATURES View • Upload and view more than 100 data formats including SLDPRT, SAT, IGES, STEP, STL, OBJ, DWG, F3D, SMT, and DFX • View and track project activities and updates • Review large and small 3D designs and assemblies • Access design properties and complete parts lists • Isolate and hide components in the model for easy viewing • Navigate by touch with zoom, pan, and rotate Comment • Upload photos to share info or report project status • Comment on project activities Share • Share with stakeholders inside and outside your company • Share screenshots of the design with markups directly from the app Search • Search for parts in the model and see them automatically highlighted in the design SUPPORT: https://knowledge.autodesk.com/contact-support Optional Access + Storage: Store offline data if needed, so you can view your data anywhere, anytime + Photos: Access files or data stored on your device to view, share and markup + Camera: Take pictures such as drawings with app Fusion 360 will still function even if a user does not give permissions to access these functions. 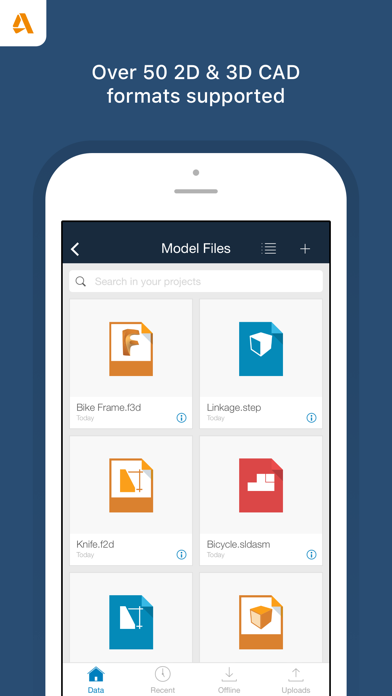 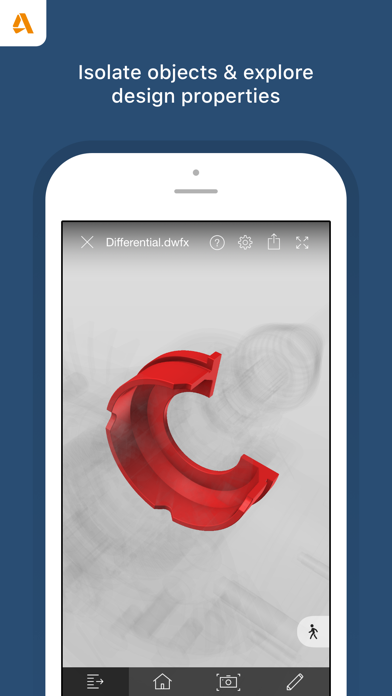 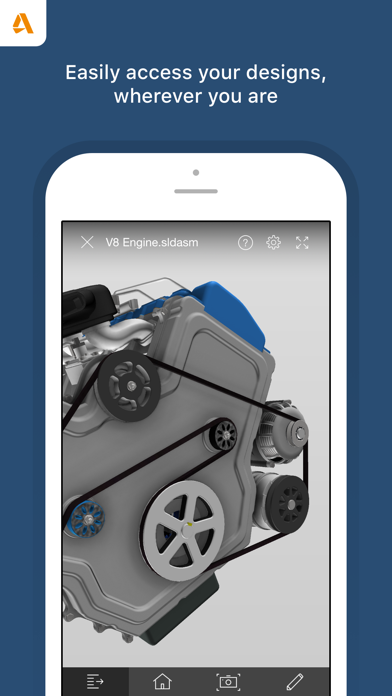