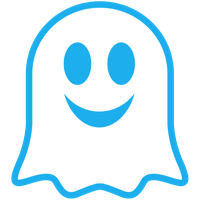 Ghostery Lite for Safari provides fast, simple and safe browsing. It protects your privacy online by stopping trackers from accessing your personal data and blocks ads to keep the websites you visit clutter free. It delivers the tracking protection our users have come to know and love while minimizing the need for customization and maintenance. We created tailored default settings that offer immediate tracker and ad blocking upon installation and do all the heavy lifting behind the scenes, allowing you to visit the websites you love without any hassle. We've also included custom settings for users who would like to select specific tracker categories to block and unblock. Features: + Three comprehensive Content Blockers help you block ads and stop trackers + Daily block list updates + Localized in 14 languages + Easily maintain a list of your trusted websites + Open source software (https://github.com/ghostery/GhosterySafari) Happy browsing! 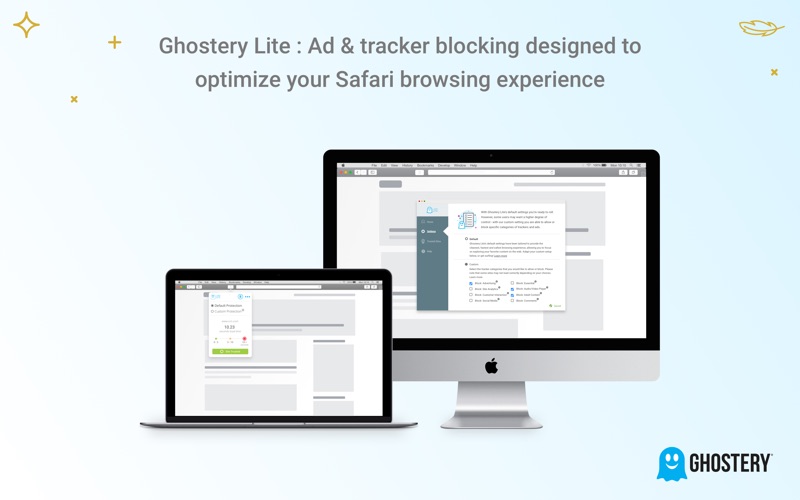 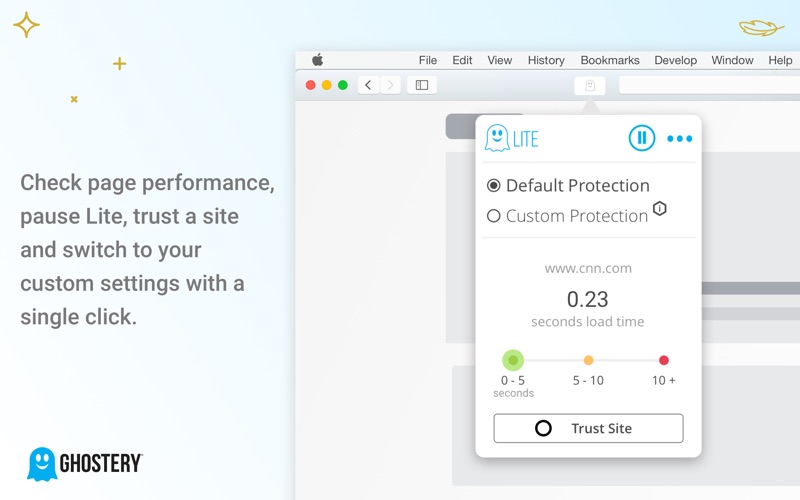 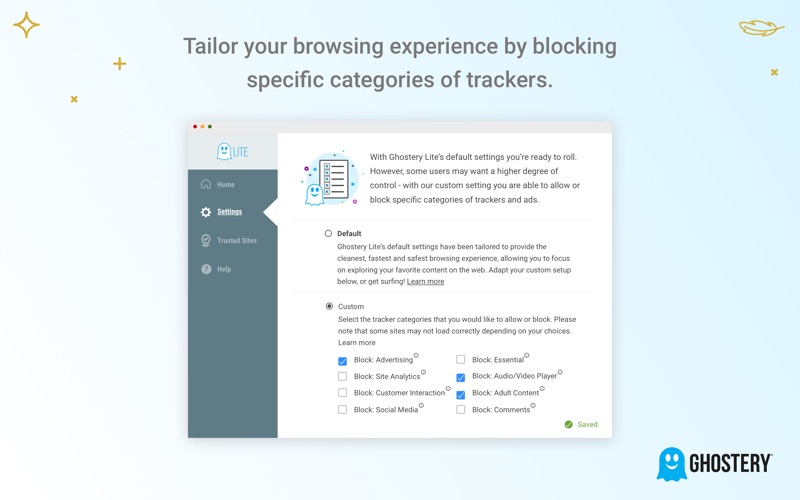 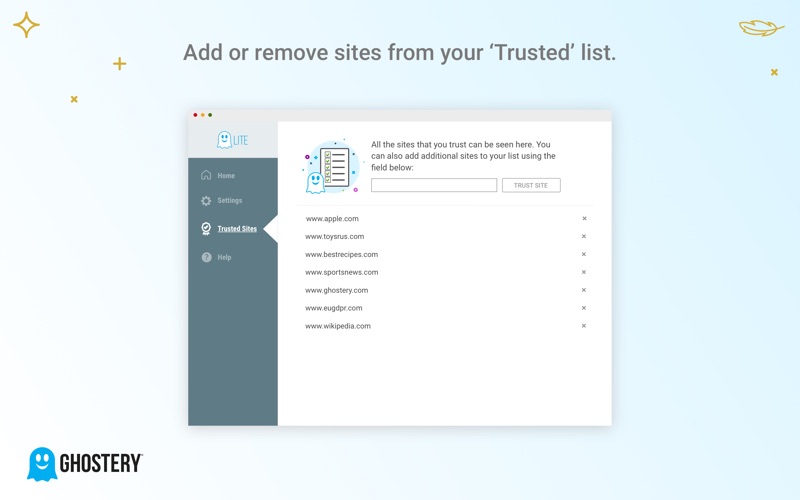 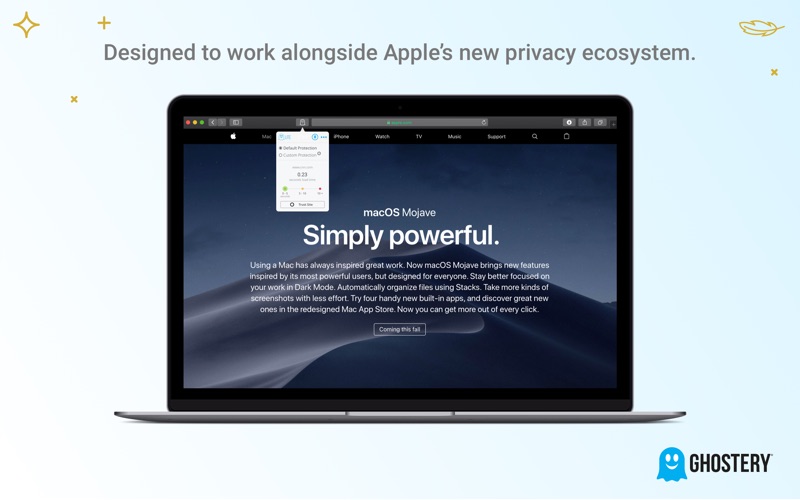 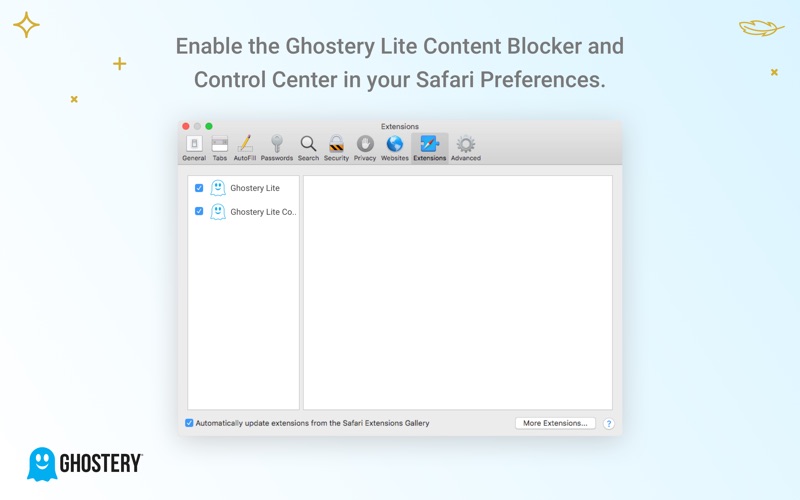 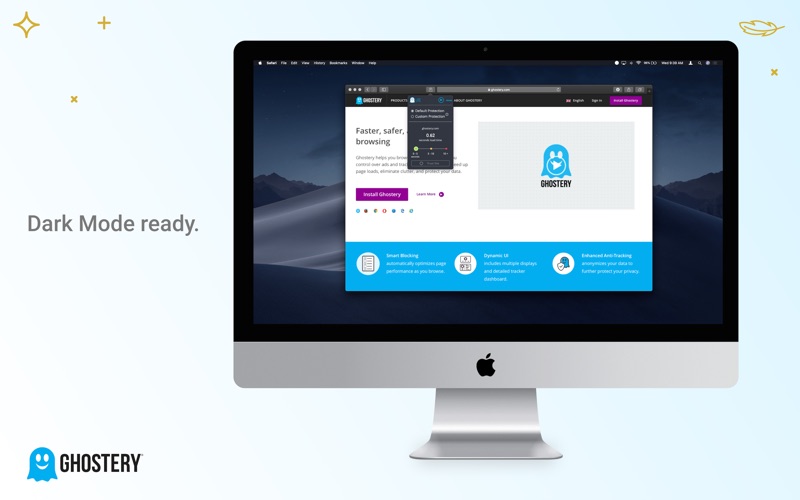