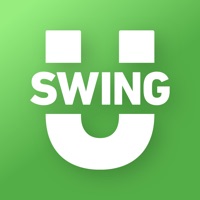 By Swing by Swing Golf, Inc.

SwingU is the top-performing, free golf GPS rangefinder & scorecard app in the world, with more than 5.5 million users around the globe! This is not a "trial" version with "limited functionality" -- it is FREE FOR LIFE and extremely accurate, reliable, and battery-efficient, rivaling any other golf GPS app or expensive golf GPS handheld or watch on the market! WHAT YOU GET WHEN YOU DOWNLOAD * GPS rangefinder that works on every course in the world with distances to greens and every obstacle on the course * Digital scorecard that easily tracks your score & putts and automatically advances hole-to-hole * Free handicap after posting scores for three rounds * On-the-course games including stroke play and skins * Daily golf instruction tip from our team of top-100 instructors * Apple Watch integration - get distances and keep score for you and your friends! * HealthKit features have been included when using the Watch on the course. Track calories burned while you play! WHY DO MILLIONS OF GOLFERS USE OUR APP? * Reliable and easy to use - one tap and you’re playing * Constantly improving with new functionality and new technology * Commitment to user satisfaction with quick, reliable customer service * Community-built course database: works on every course in the world UPGRADE TO PREMIUM FOR A COMPLETE DIGITAL CADDIE EXPERIENCE & YOUR OWN STROKES GAINED ANALYSIS Upgrade to SwingU Premium, our AI-powered digital caddie and instruction platform. With additional technology and functionality on-the-course, you can truly own your game through an integrated strokes gained analysis system, SwingU Versus, that tracks and analyzes every facet of your game. With SwingU Versus, compare your game versus a target handicap, a scratch golfer or a tour pro; and see how you stack up across all five categories on the course: driving, approach shots, chipping and pitching, bunker play and putting. Each facet of your game will be given a “relative handicap” so you can easily and accurately identify the area of your game that needs the most attention. SwingU’s AI-driven algorithm will assign you a prescriptive drill, focusing you on the game-improvement priority that will lower your handicap and scores FAST! * SwingU Versus * “Plays like” yardages * Shot tracking & "smart" club recommendations using live wind speed & elevation * "Zoom-in" distances for greens * Enhanced scorecards & stats with score, putts, driver accuracy, bunker play, and penalty tracking * Additional on-the-course games with handicap-adjusted matches & competitions such as Stableford, Match Play, Nassau, and Syndicates * Exclusive library of 600+ drills and lessons from top-100 teachers including Stan Utley, Gary Gilchrist, Jim Hardy & Chris O’Connell, Jason Sutton and more * Film, save and categorize your golf swings inside your own swing locker * Ad-free in-app experience OTHER INFO Monthly and yearly subscription upgrades are available. Payment for in-app subscriptions will be charged to your iTunes Account at confirmation of purchase. Subscriptions automatically renew unless auto-renew is turned off at least 24 hours before the end of the current period. Account will be charged for renewal within 24 hours prior to the end of the current period. Subscriptions may be managed by you, and auto-renewal may be turned off by going to your iTunes Account Settings after purchase. Any unused portion of a free trial period, if offered, will be forfeited when the user purchases a subscription to that publication, where applicable. As a registered user, you'll be subscribed to the world’s top golf daily newsletter which includes promotions from our partners. You can unsubscribe anytime. Continued use of GPS running in the background can decrease battery life. Full terms and the EULA are available at: - https://clubhouse.swingu.com/terms-of-service/ - https://clubhouse.swingu.com/eula/ 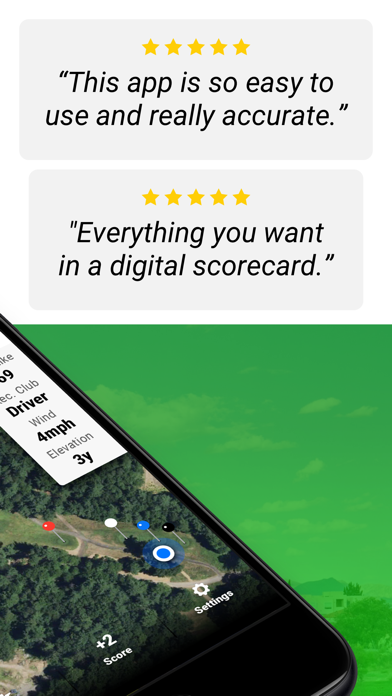 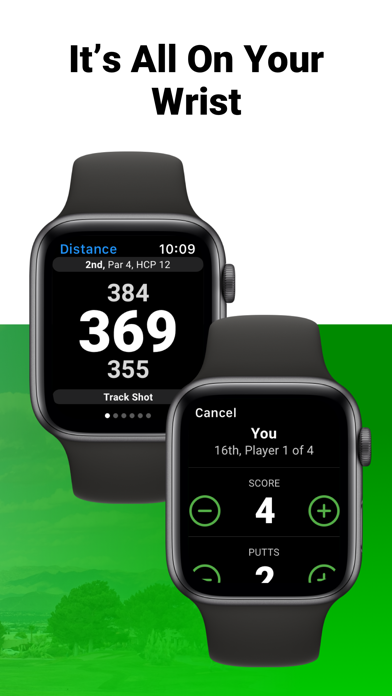 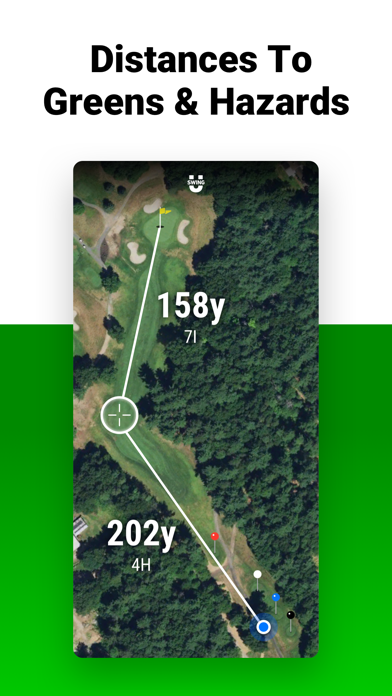 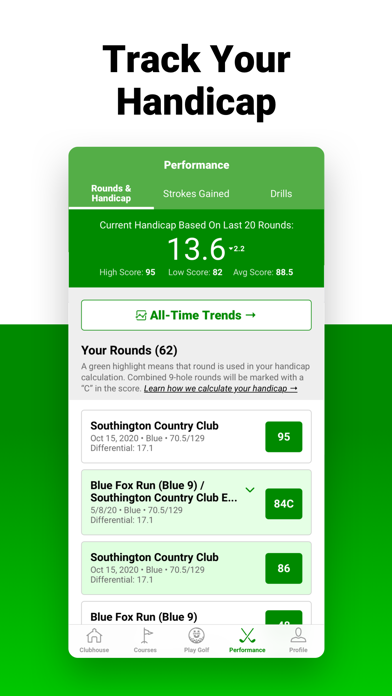 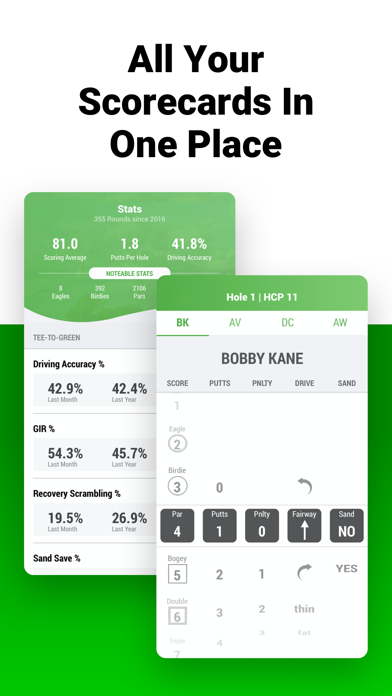 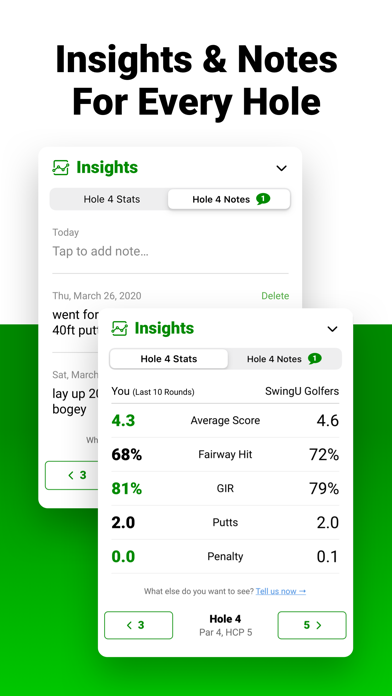 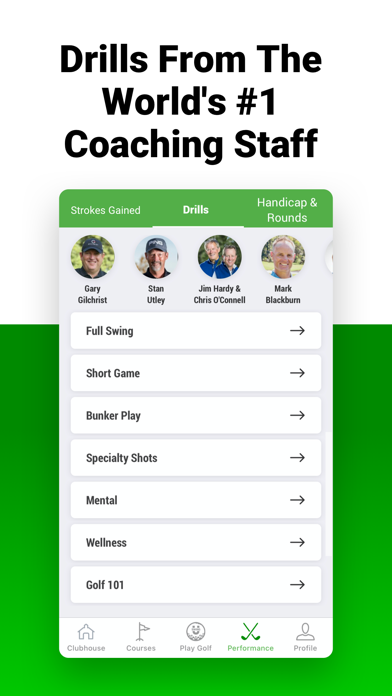 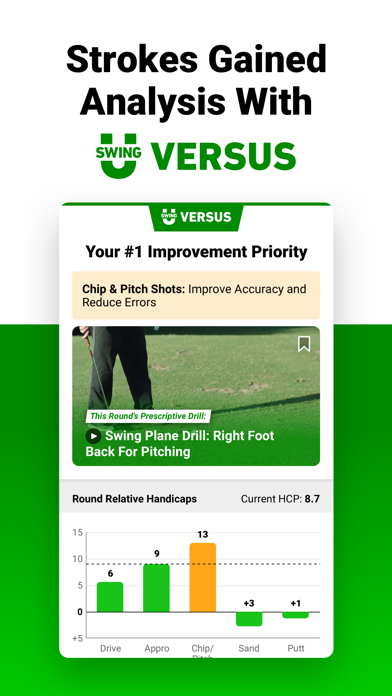