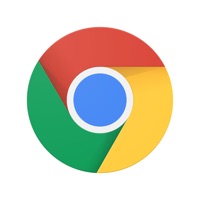 Browse fast on your iPhone and iPad with the Google Chrome browser you love on desktop. Pick up where you left off on your other devices, search by voice, and easily read webpages in any language. • SYNC ACROSS DEVICES - seamlessly access and open tabs and bookmarks from your laptop, phone or tablet • FASTER BROWSING - choose from search results that instantly appear as you type and quickly access previously visited pages • VOICE SEARCH - use the magic of Google voice search to find answers on-the-go without typing • TRANSLATE - easily read webpages in any language • UNLIMITED TABS - open as many tabs as your heart desires and quickly flip through them like a deck of cards • PRIVACY - use Incognito mode to browse without saving your history (learn more at http://goo.gl/WUx02) PERMISSIONS: • Location: Needed to personalize websites and search suggestions based on your device’s location • Photos: Needed to save and download photos to your device • Microphone: Needed to search by voice • Camera: Needed to upload images from the camera to websites and to scan QR codes • Bluetooth Sharing: Needed to find Physical Web devices 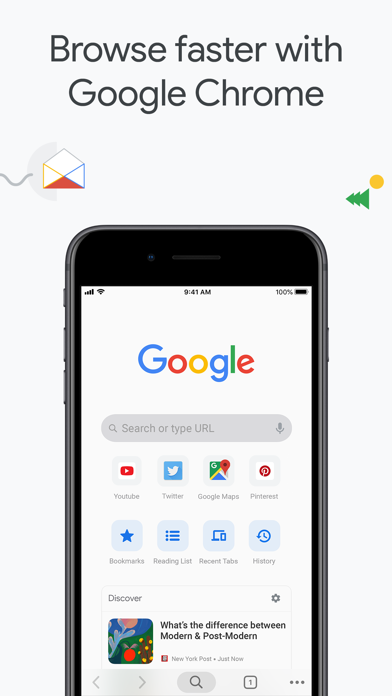 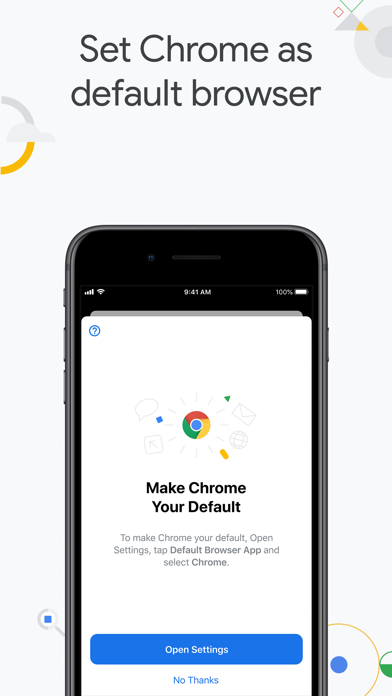 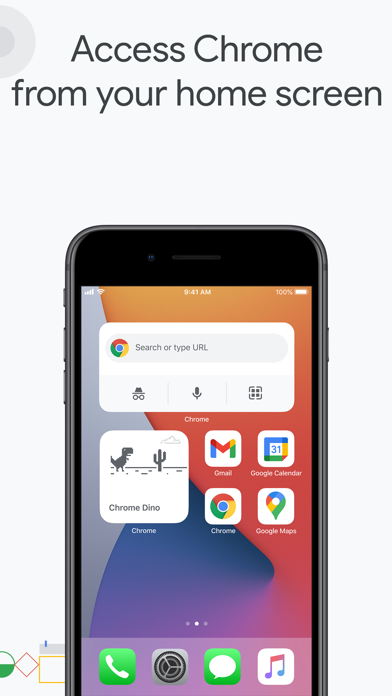 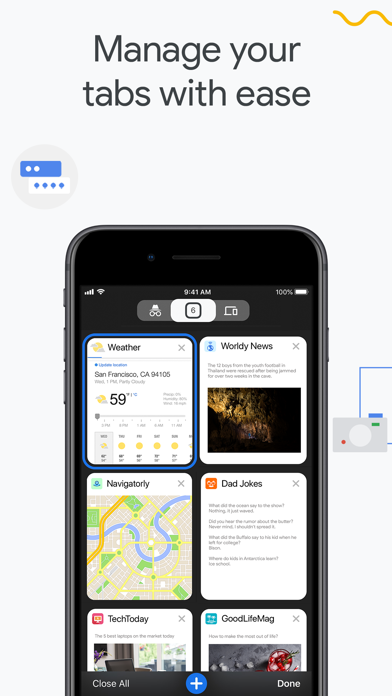 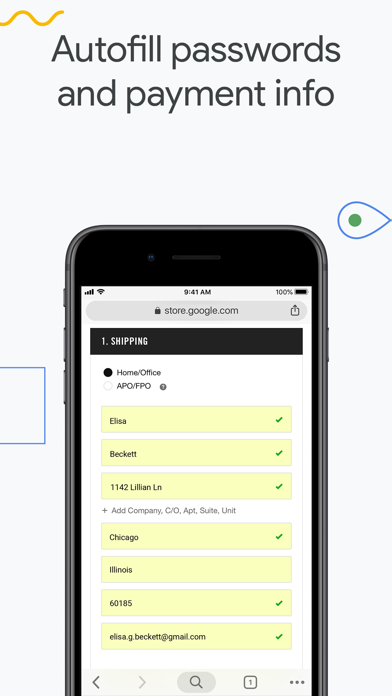 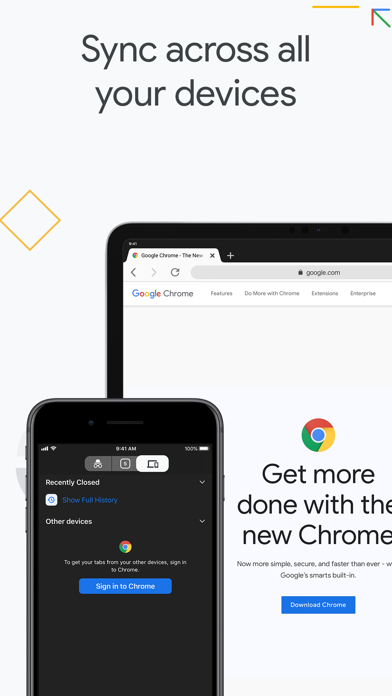 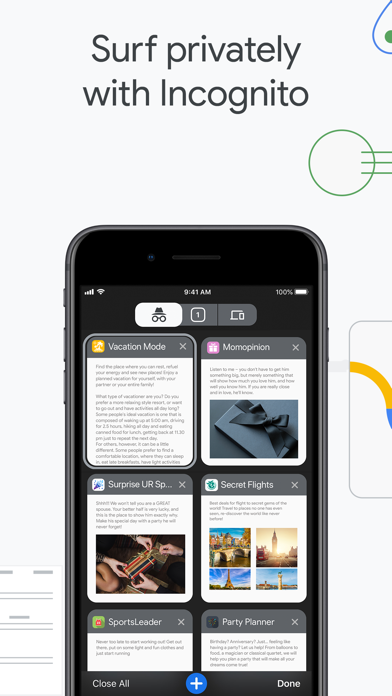 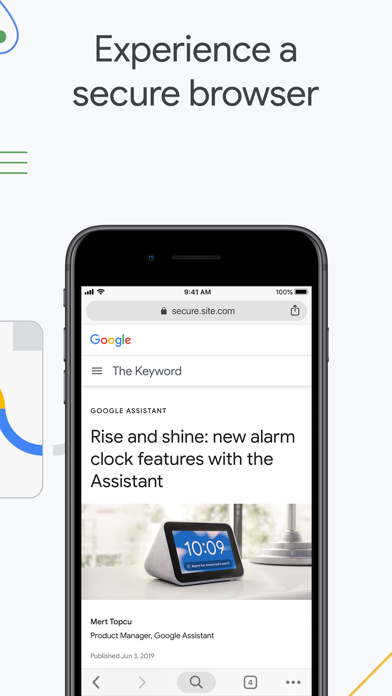 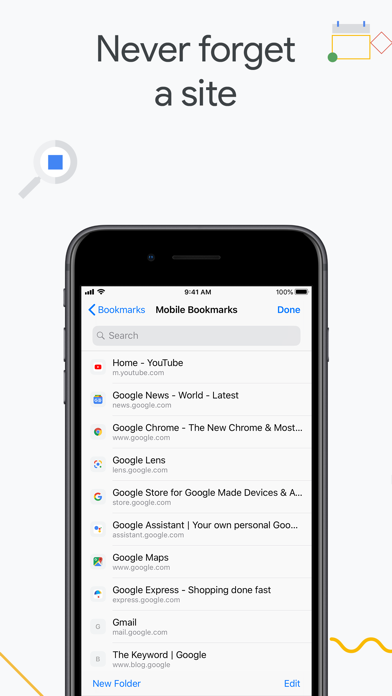 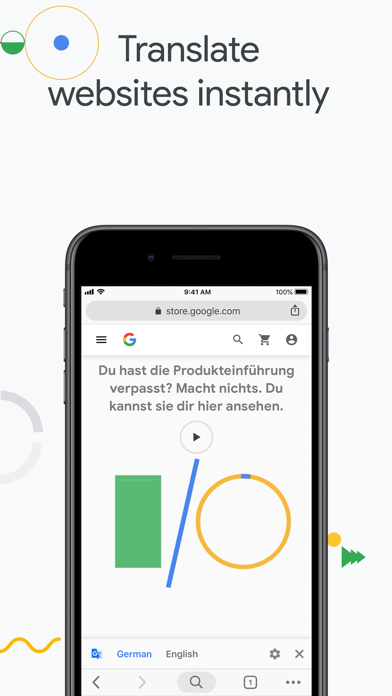