The Google TV app, previously Play Movies & TV, makes it easy to find and enjoy the entertainment you love from across your apps, all in one place. With Google TV, you'll be able to: Find what to watch next Browse movies and TV episodes from across your streaming apps, all in one place and organized into topics and genres. Discover new things with recommendations based on what you love and what’s trending across the services you already have access to. Search for titles to see which apps are streaming them. Create a list for all your discoveries Add interesting shows and movies to your Watchlist to keep track of your new discoveries and view them later. The Watchlist is shared across your devices, so you can even add to your Watchlist from your TV or phone and laptop through Search on any browser. Take your favorites on-the-go Your recommendations, Library and Watchlist go with you wherever you go, whether it is out the front door or just to the other room. Start streaming right on your mobile device, or download your previously purchased entertainment from your Library to watch when you're not connected. Use your phone as your Google TV / Android TV remote With a remote built right into the app, you can find something great to watch even when the couch has eaten your remote. And you can use your phone’s keyboard to quickly type complicated passwords, movie names or search terms on your Google TV or other Android TV OS device Learn more about Google TV: https://tv.google 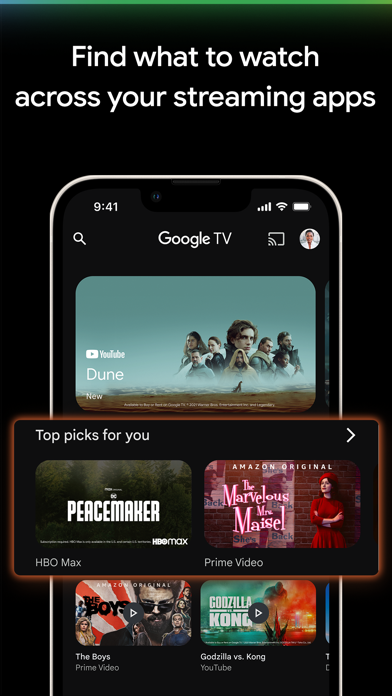 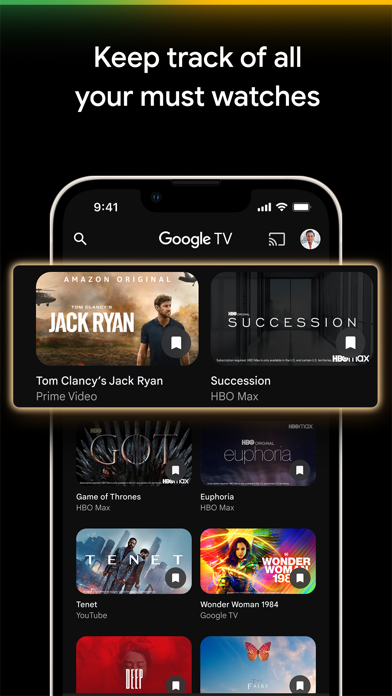 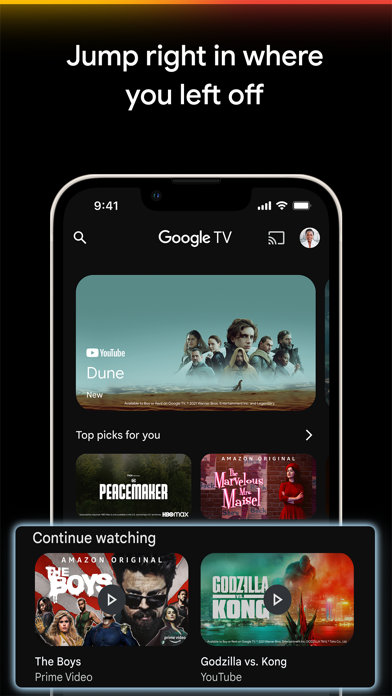 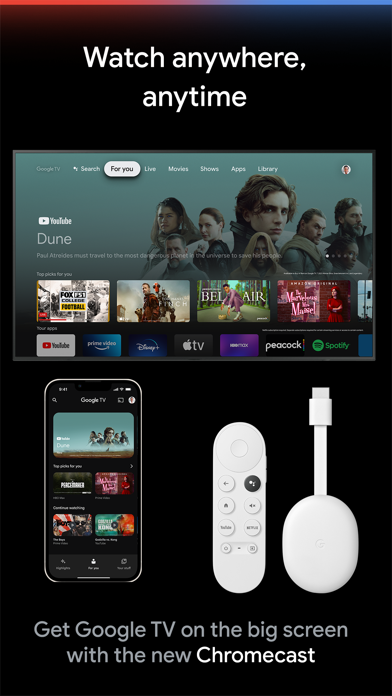