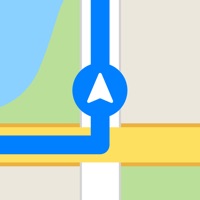 GPS Navigation from skobbler - 3 full-fledged apps in one: Top-rated navigation with voice prompts (turn-by-turn) + World map + Wiki travel guide You get all this even if you are offline. In addition: skobbler NGx cutting-edge map technology. Various search functions. Different map styles. Different route modes. It is quite a package. FULL-FLEDGED NAVIGATION FOR VEHICLES AND PEDESTRIANS, ONLINE OR OFFLINE * Gives you full-fledged turn-by-turn navigation. Functionalities such as speed warnings, street sign displays, 3D-view (isometric) and much more are of course included. All these functionalities are available online and optionally offline (see below). * The already included traffic information feature keeps you updated on the current traffic situation. Avoid being caught up in traffic jams and make a detour round construction sites. * Real-Time Premium Traffic (RPT): This optional upgrade provides you with superior traffic intelligence by international market leader INRIX. RPT will greatly enhance routing during turn-by-turn navigation and displays additional color-coded information on the current traffic situation. ONE WORLDWIDE MAP RATHER THAN A WHOLE LOAD OF SMALL MAPS, ONLINE OR OPTIONALLY OFFLINE * With GPS Navigation you no longer have to worry about finding your way. No need for paper maps. No matter where you are or where the journey takes you, the OpenStreetMap can be used anywhere. You can decide whether you want to use it online of offline. The entire map is always available online. You can also enhance the app for offline use with almost 1000 additions (cities, countries, continents). You get one entire offline country map for free. Download the respective area (ideally via Wifi). Once installed, you will always have it with you, even without an internet connection. And you’ll be able to make full use of all major features. Country maps always include all cities and their street plans or city maps. The map is always seamless. You never have to switch between several maps. SKOBBLER NGX TECHNOLOGY: TOP GRAPHICS, ROUTE CALCULATIONS, VARIOUS PRESENTATION TYPES AND NO OFFLINE HALF-MEASURES * GPS Navigation includes skobbler's innovative NGx map technology. You get maps that look great and move, zoom and rotate with unrivaled ease. Simply touch the map for slightly longer to interact with individual points on the map. You will never get blurred images or useless empty 'map-loading' tiles. Instead, you get different map styles (e.g. night, outdoor) and a route planner for vehicles, pedestrians and cyclists. Something else you won't find anywhere else: all functions can be used both online and offline (in installed map areas). FEATURES - Full-fledged navigation with voice prompts (turn-by-turn) including Traffic service - Completely interactive OpenStreetMap (OSM) - One single map with global coverage - Can be enhanced within the app for offline use of all major functions - You get one entire offline country map for free. - Full functionality with and (after installation) without Internet connection (online and offline) - Ability to install whole countries including their city maps (Wifi recommended) - Continuous free map updates - Extensive Wiki travel guide - Powerful map technology (NGx) - Route planner (vehicles, pedestrians, cyclists) - Various map styles (e.g. night, outdoor) - Various search facilities - Convenient favorites lists - Optional synchronization of favorites with the web portal maps.skobbler.com ! Please note that as with all navigation apps, continued use of GPS running in the background can dramatically decrease battery life. Traffic regulations and current road situations always precede skobbler’s directions! 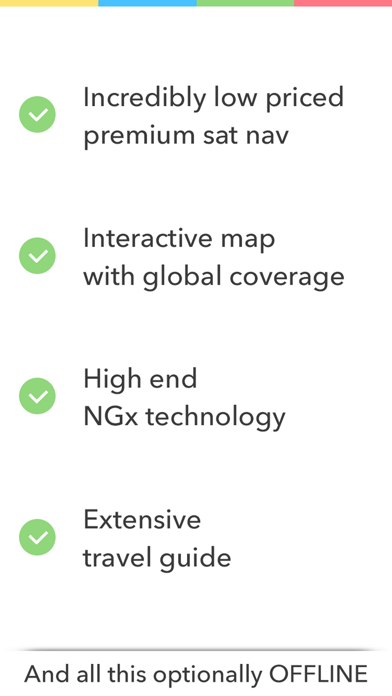 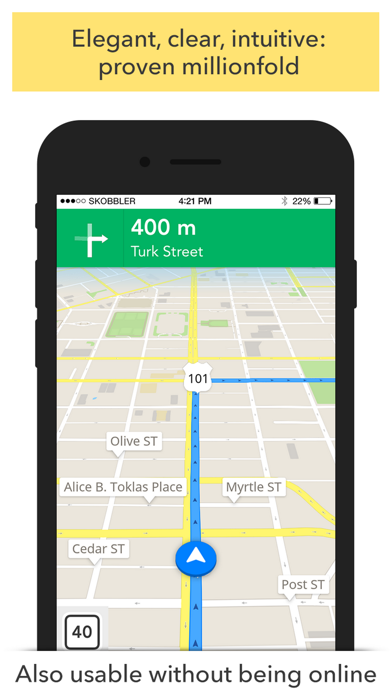 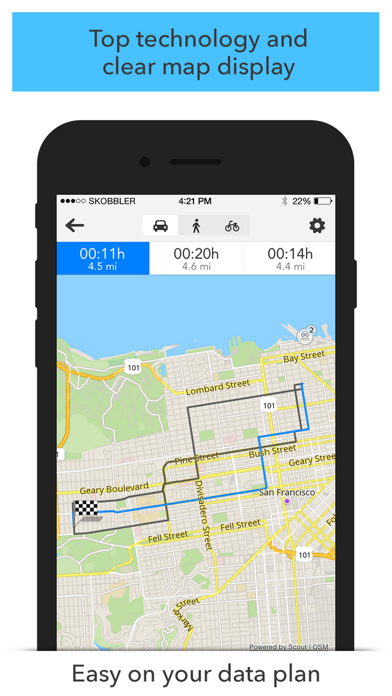 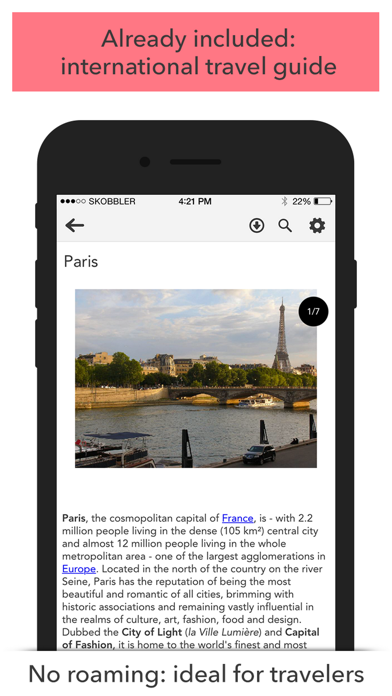