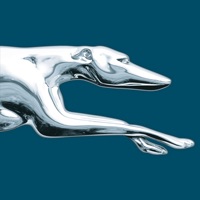 With the Greyhound app, everything about your trip is at your fingertips. It is your personal ticket kiosk – in the palm of your hand. • All access homepage - Access upcoming trips, book a new trip, find travel inspiration, station location information, and track your bus directly from the home screen. • E-Tickets - The future of bus travel is here! We're making bus travel faster and easier than ever before by offering E-Tickets. Now when you buy your bus ticket from the mobile app or on greyhound.com you can choose to have a paperless E-Ticket delivered right to your smartphone – no waiting in lines, no waiting for an email ticket. Spend less time at the bus station and more time enjoying your trip! • Check-In - Check-In for any trip that is E-Ticket eligible from the Home screen or Trip details. Check-In begins two hours prior to your scheduled departure time. We’ll send you a message on your Home screen to remind you it’s time to check-in. • Personalized updates - With our new design, you will get everything you need for your day of travel on the app home screen. Personalized messages will let you know when it’s time to check-in for your trip, count down until it’s time to depart, and even allow you to access your E-Ticket. • Road Rewards Members - Sign-in to your Road Rewards account, and you’ll have easy access to all your trips and tickets in one new convenient place called Trips. You’ll see all of your upcoming trips and have access to your travel details. If you are not a Road Rewards member, sign up now. It's free! • Trip details - You’ll see all your upcoming trip details and get notifications on when you can check-in for your E-Ticket. You can also easily find station location information and contact details, driving directions, or track your bus. For details on what personal data we collect and for what purpose, including location awareness and interest-based advertising, your privacy rights and how to exercise them, visit www.greyhound.com/legal/privacy-policy/ 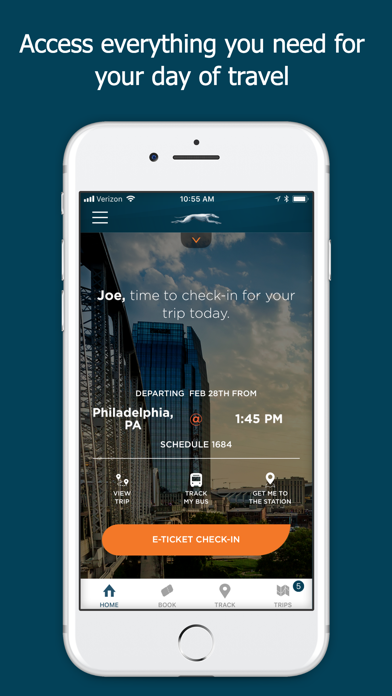 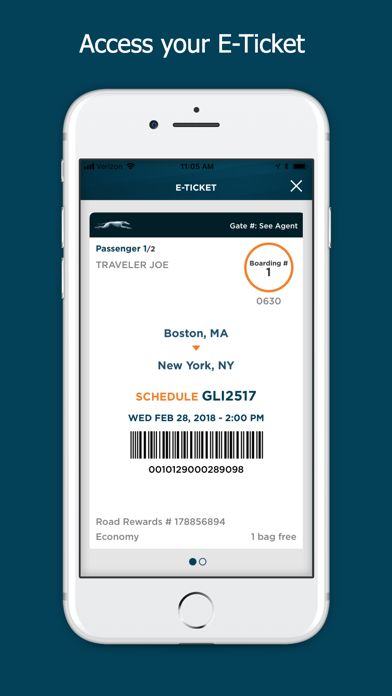 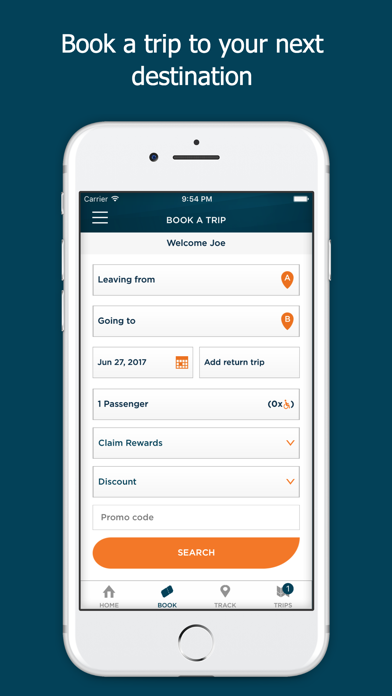 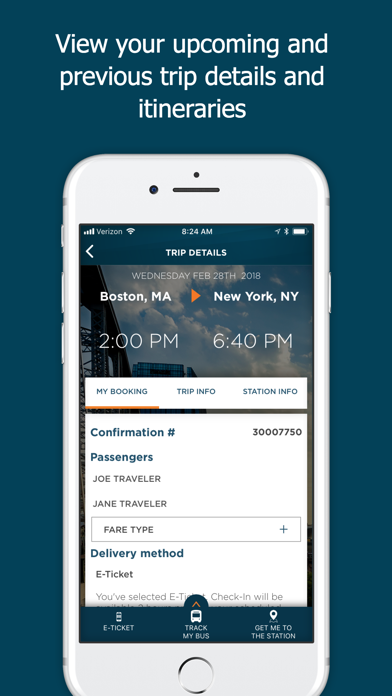 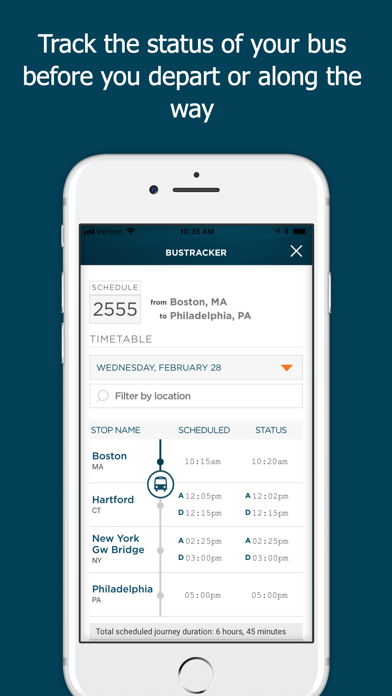