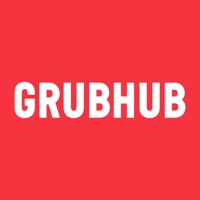 With the largest selection of restaurants, Grubhub delivers your favorite foods to your door. Order with the Grubhub app and get the restaurants you love delivered in a few taps. Feel like getting out for a bit? Great! We also offer pickup for takeout orders. Whether it’s your favorite local spot, a restaurant with a little more fame, or a new place to try while traveling, Grubhub’s got the eats you’re looking for. Join Grubhub+ and get unlimited free delivery from restaurants nearby, exclusive rewards, access to our Elite Care team and much more! Plus, Grubhub will match any donations Grubhub+ members make to No Kid Hungry, so you can double your community impact. Try Grubhub+ free. After that, it’s $9.99/month. Wondering what your next meal will be? Each Grubhub city has different restaurants that you know and love. Arby’s, Buffalo Wild Wings, Cinnabon, Denny’s, KFC, McDonalds (NYC only), Pizza Hut, Potbelly, Taco Bell & more are just a tap away. Here’s a little taste of the foods, local flavor and cuisines you should be excited about: burgers, donuts, pizza, sushi, pho, wings, Italian, Korean, Vietnamese, Chinese, Greek, vegan, vegetarian & more! Order takeout or delivery and get exclusive Grubhub deals. Download today! What Grubhub offers: THE MOST RESTAURANTS - Grubhub offers the largest selection of restaurants in the nation! - Whether it’s Chinese, Greek, Italian or any other food type you’re craving, it’s covered. - With exclusive local restaurant partners like Taco Bell & McDonalds, you’ll find that mom & pop shop AND the national spot you love. EASY TAKEOUT ORDERS - When you order using the iOS app, you’ll avoid the hassle of over-the-phone mistakes. - You can also count on Grubhub’s 24/7 customer support. REAL-TIME ORDER TRACKING - Grubhub offers real-time order tracking so you know exactly when to dash to the door for your delicious meal. MULTIPLE ORDERING OPTIONS - The Grubhub app provides lots of great features. - Order now or preorder your next meal. - Re-order your favorite meals with a tap. - Order takeout and pick up your meal to save time & money. - Pay through a variety of options including Apple Pay, Venmo & Grubhub gift cards. DEALS AND SPECIALS - Gain access to exclusive benefits only available through Grubhub+ QUALITY RATINGS AND REVIEWS - Grubhub has lots & lots of restaurant ratings and reviews, so you can count on getting the best food in your area. - Review the restaurants & menus you try to help other Grubhub customers. Order the eats you love from local restaurants near you. Download Grubhub now! GRUBHUB IS AVAILABLE FOR ANYONE IN THE UNITED STATES! Ready to start ordering with Grubhub? Great! Here’s what to do next: • Download the app • Sign in or set up your account (you can even use Facebook) • Choose from your favorite restaurants or try something new • Pick your perfect meal We suggest you post up with your mates & order your next food delivery in some of these Grubhub cities: Albany, Atlanta, Austin, Baltimore, Boston, Bridgeport, Chicago, Dallas, Denver, Hartford, Houston, Las Vegas, Los Angeles, Miami, Minneapolis, Nashville, New York City, Orlando, Philadelphia, Phoenix, Pittsburgh, Portland, San Diego, San Francisco, San Jose, Seattle, St. Louis, Sacramento, Tampa, Washington DC Just in case you needed a few more reasons to get into Grubhub, here are some rave reviews: • “I love that I can order food while laying on the couch. Grubhub strikes again!!” - @DrFlunkenstein • “Thank god for @Grubhub. The delivery guy and I are going to be the best of friends” - @beatz6 • “Just when I thought I was ready to be an adult and cook, Grubhub” - @kima_jones • “@Grubhub is becoming VERY familiar with my food preferences. I love this app!” - @madelinedenise Free delivery terms: Must be a first-time Grubhub diner; offer limited to one use per diner. Order must be $15.00, before tax, tip and fees. Discount is capped at $5.00 off your order. Valid for Delivery orders only. 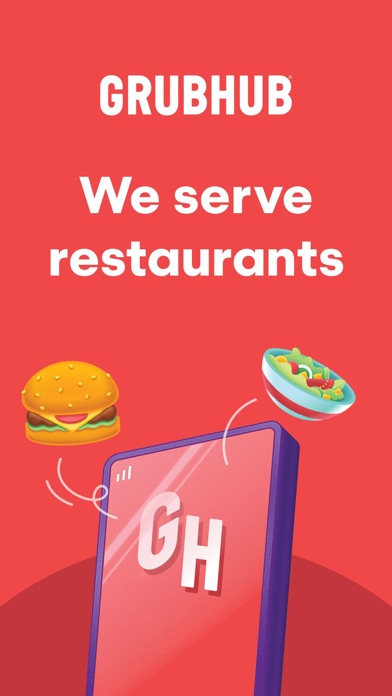 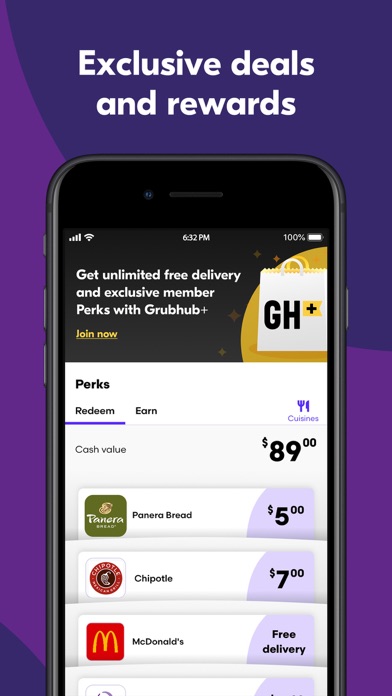 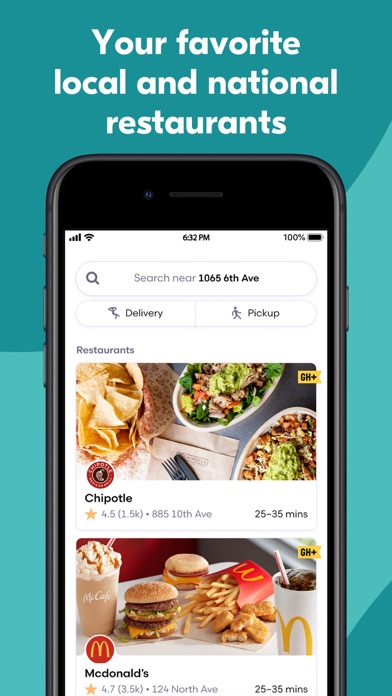 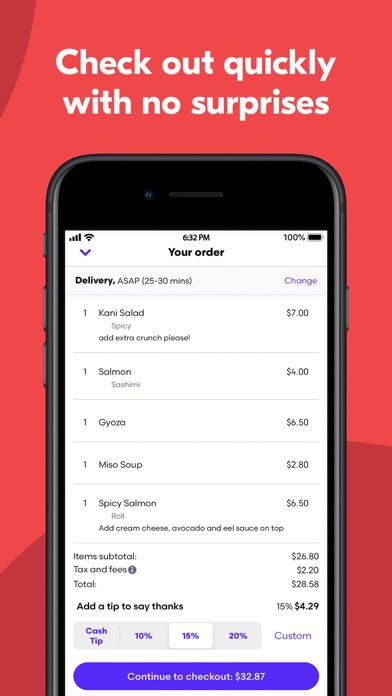 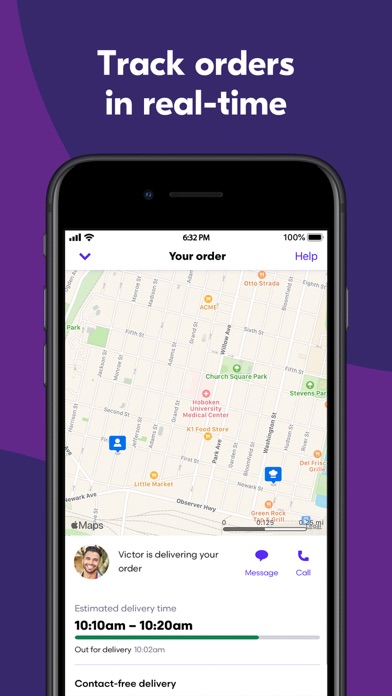 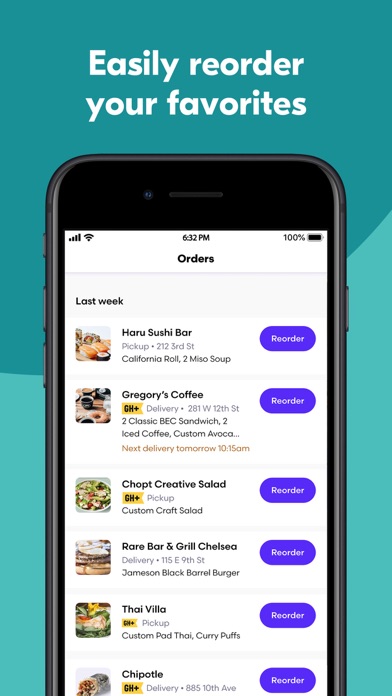 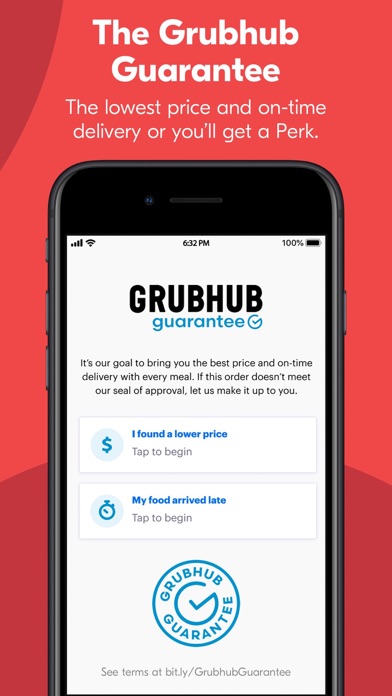