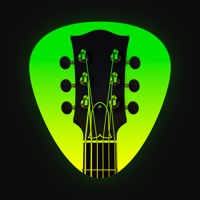 You want to tune your guitar? Discover new chords? Don’t waste your time, Tuner is the app made for you! With Tuner, you can easily, quickly and accurately tune your guitar, bass or ukulele anywhere, anytime. All you need is your phone! With Tuner, you can easily, quickly and accurately tune your guitar, bass or ukulele anywhere, anytime - all you need is your phone and your instrument. That’s all. You don’t need any other accessories to enjoy playing music! This app is perfect to learn how to tune your instrument quickly and whether you are beginner, intermediate or advanced, you can always choose the best mode for you: manual or automatic. Moreover, we provide you a tuning range from Ab1 (51.91 Hz) to D5 (587.32 Hz)! But wait, we have something else for you! Thanks to a huge library of 2640 chords, Tuner offers you the possibility to discover and play many new music notes. Need one chord in particular? Don’t lose your time and use directly the search function! This useful library also permits to visualize all of your chords. And don’t worry, we made the app intuitive and easy to use so you can learn quickly and in good condition. Tuner is the app you were looking for to express yourself musically. Try it, and impress your friends with your guitar skills! Features: TUNER - Easily tune your guitar, bass & ukulele using only your phone - No other accessories are needed, no need for a cable to connect your guitar - Learn to tune your instrument quickly - Chromatic tuner for all your instruments - Use the app anywhere and anytime - Listen to reference notes - Switch between automatic mode and manual mode - Audio input level indicator - Auto lock frequency - An accuracy equal to +/- 0.5 hundredth - A tuning range: Ab1 (51.91 Hz) - D5 (587.32 Hz) LIBRARY - Discover and play 2640 chords - Easily search for a chord with the search function - Visualize your chords - Do not wait any longer and discover Tuner, the application that will make your musical life easier! GAMES - Learn to recognise chords visually with a brand new playful game - Exercise your chords anytime with the ultimate Practice mode BACKING TRACK - Choose your music style: Rock, Pop, Reggae, Hard rock, Electro, Blues, Funk,... - Train with different bpm and key harmonic - Follow the sheet music METRONOME - Time Signature settings - Subdivisions settings The premium subscription unlocks the following features: - 2500+ chords library unlocked: visualize how to play ANY chord with your instrument, listen to how it should sound - All features unlocked for the metronome (tap tempo, subdivisions) - Full access to games & trainings: these are great way to learn chords by heart and where to put your fingers on the fretboard - Ads removed Privacy Policy and Terms of use: http://musicworldmedia.com/products/tuner/tos Any questions? Feel free to write us at [email protected] 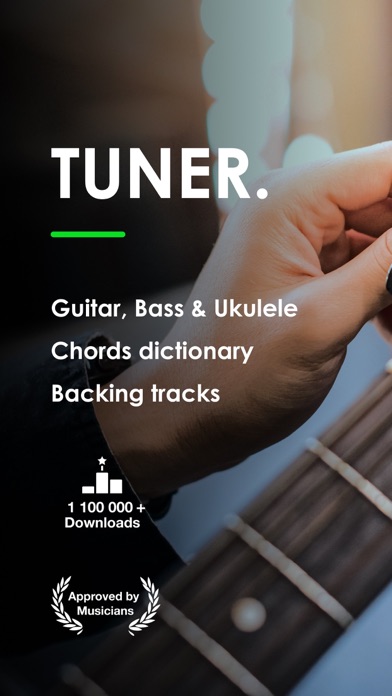 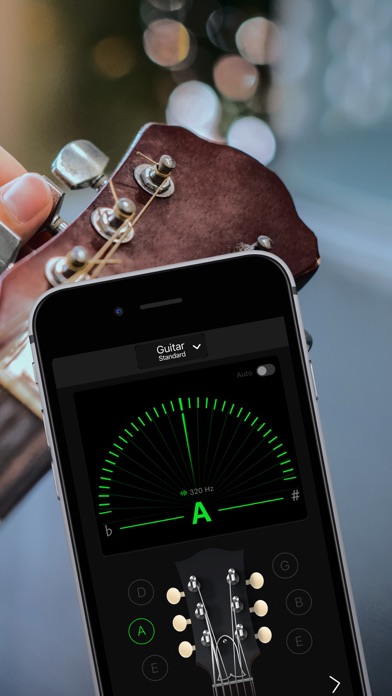 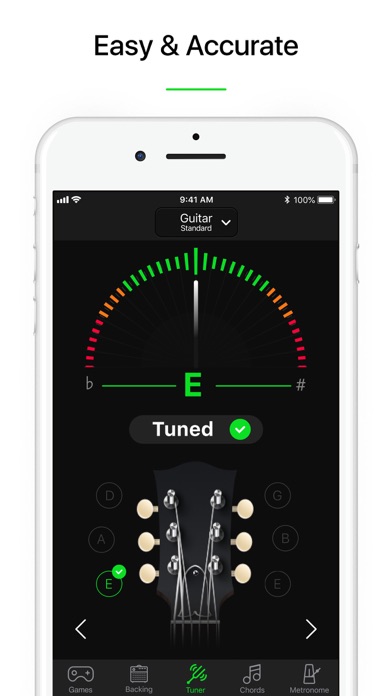 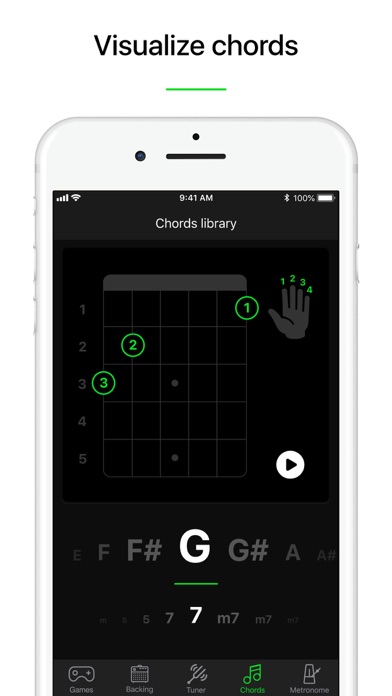 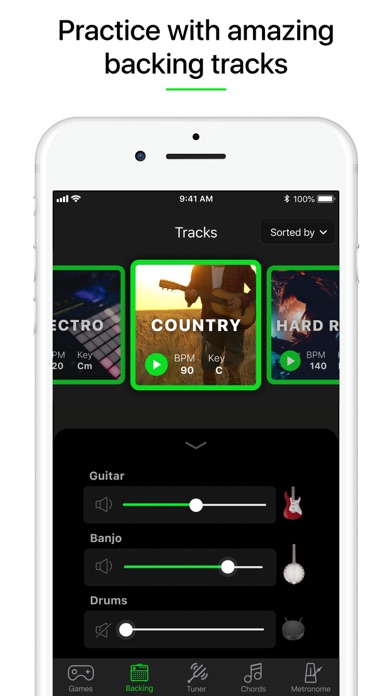 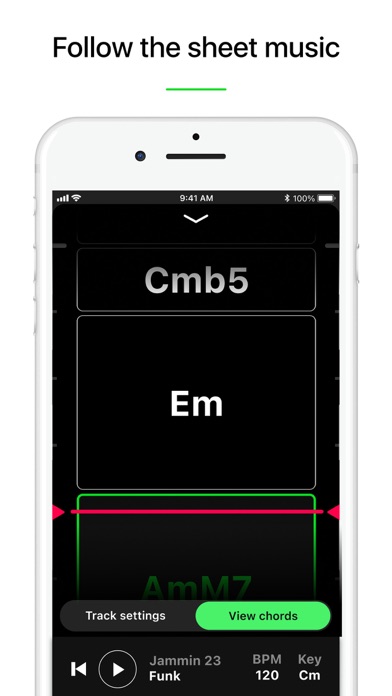 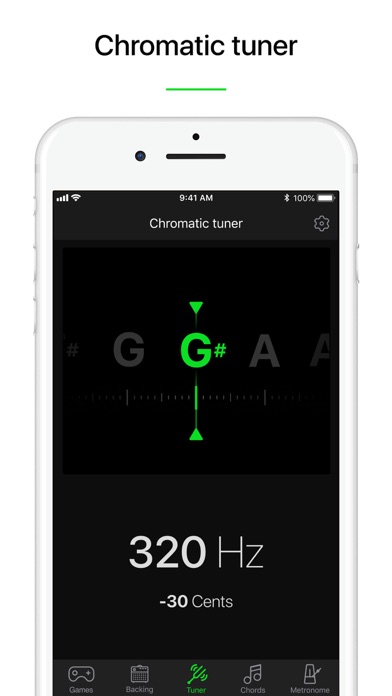 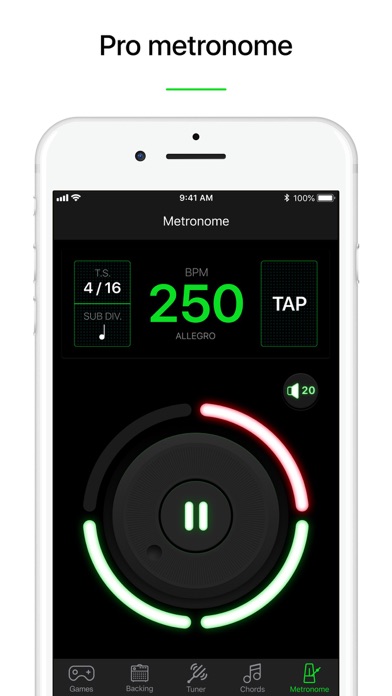 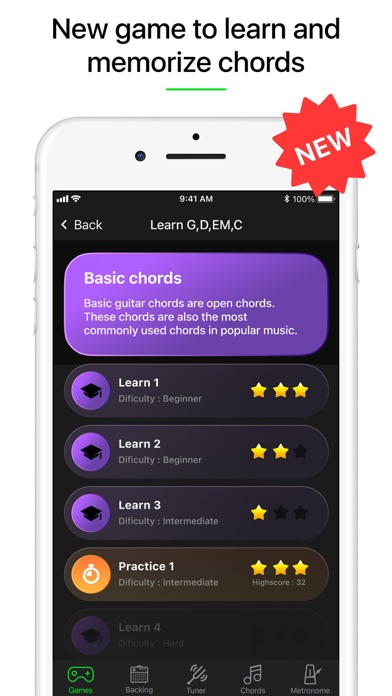 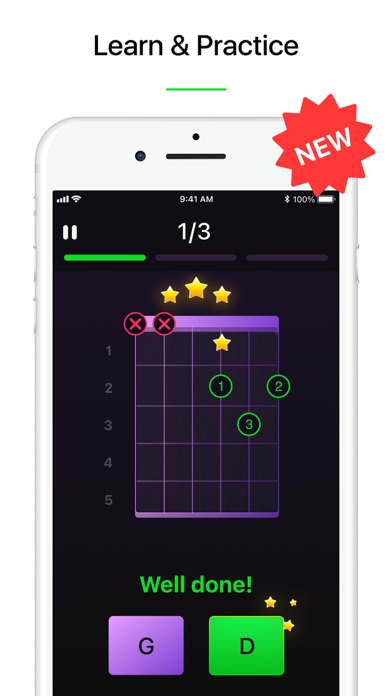