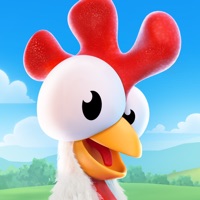 Welcome to Hay Day. Build a farm, fish, raise animals, and explore the Valley. Farm, decorate, and customize your own slice of country paradise. Farming has never been easier or more fun! Crops like wheat and corn are ready to be grown and even though it never rains, they will never die. Harvest and replant seeds to multiply your crops, then make goods to sell. Welcome animals like chickens, pigs, and cows to your farm as you expand and grow! Feed your animals to produce eggs, bacon, dairy, and more to trade with neighbors or fill delivery truck orders for coins. Build a farm and expand it to its fullest potential, from a small-town farm to a full-blown business. Farm production buildings like Bakery, BBQ Grill or Sugar Mill will expand your business to sell more goods. Build a Sewing Machine and Loom to create cute outfits or a Cake Oven to bake delicious cakes. The opportunities are endless on your dream farm! Customize your farm and decorate it with a wide variety of items. Enhance your farmhouse, barn, truck, and roadside shop with customizations. Decorate your farm with items like a panda statue, a birthday cake, and instruments like harps, tubas, cellos, and more! Decorate with special items - like flowers to attract butterflies - to make your farm more beautiful. Build a farm that shows off your style and inspires your friends! Trade and sell items in this farming simulator by truck or steamboat. Trade crops, fresh goods, and resources to in-game characters. Swap goods to gain experience and coins. Level up to unlock your own Roadside Shop, where you can sell more goods and crops. Expand your farming experience and play with friends in the Valley. Join a neighborhood or create your own and play with a group of up to 30 players. Exchange tips and help each other create amazing farms! Download today and build the Best. Farm. Ever! Hay Day Features: Build a Farm: - Farming is easy, get plots, grow crops, harvest and repeat! - Customize your family farm to be your own slice of paradise - Enhance your farm with production buildings like a bakery, feed mill, and sugar mill Crops to Harvest & Grow: - Crops like wheat and corn will never die - Harvest seeds and replant to multiply, or use crops like wheat to make bread Animals: - Quirky animals are waiting to be added to your farm! - Chickens, horses, cows, and more are waiting to join your farm - Pets like puppies, kittens, and bunnies can be added to your family farm Places to Visit: - Fishing Lake: Repair your dock and cast your lure to fish the waters - Town: Repair the train station and go to town to fulfill town visitors’ orders - Valley: Play with friends in different seasons and events Play with Friends and Neighbors: - Start your neighborhood and welcome visitors! - Trade crops and fresh goods with neighbors in-game - Share tips with friends and help them complete trades - Compete in weekly derby events with your neighbors and win rewards! Trading Game: - Trade crops, fresh goods, and resources with the delivery truck or even by steamboat - Sell items through your own Roadside Shop - Trading game meets farming simulator Download now and build your dream farm! Neighbor, are you having problems? Visit https://supercell.helpshift.com/a/hay-day/?l=en or contact us in-game by going to Settings > Help and Support. Under our Terms of Services and Privacy Policy, Hay Day is allowed for download and play only for persons 13 years or over of age. PLEASE NOTE! Hay Day is free to download and install. However, some game items can also be purchased for real money. If you do not want to use this feature, please disable in-app purchases in your iOS device's settings. A network connection is also required. Privacy Policy: http://www.supercell.net/privacy-policy/ Terms of Service: http://www.supercell.net/terms-of-service/ Parent's Guide: http://www.supercell.net/parents/ 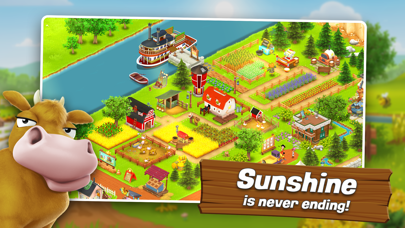 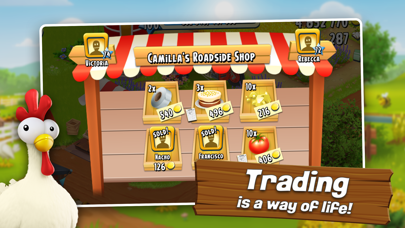 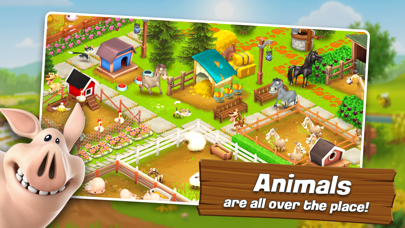 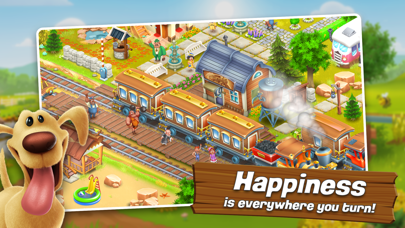 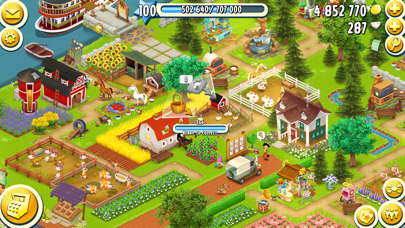