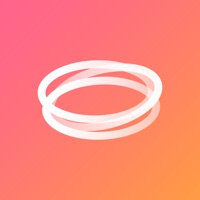 HOW DOES IT WORK? With Hoop, you can make new friends, discover new cultures, grow your Snapchat community, fill your Snap map and much more! How? Super easy: 1. ask the profiles you like for their Snapchat username, 2. get a notification when they accept your request, 3. add them on Snapchat. You can also receive Snapchat username requests KEEP CONTROL Your Snapchat username is private. When a user asks you for it, you can : • accept : we send them your Snapchat username on Hoop, • decline : we don't let them know that you declined COLLECT DIAMONDS You need diamonds to ask for Snapchat usernames, go back to the previous profile and unlock profile’s decorations. To earn diamonds, you can: • share your profile (the reward is doubled on Sundays!) • open Hoop every day • level up (by adding 20 Snapchat friends using Hoop) • watch a video Have fun! 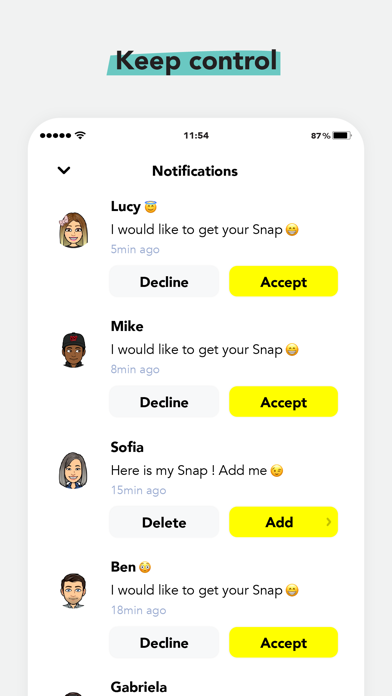 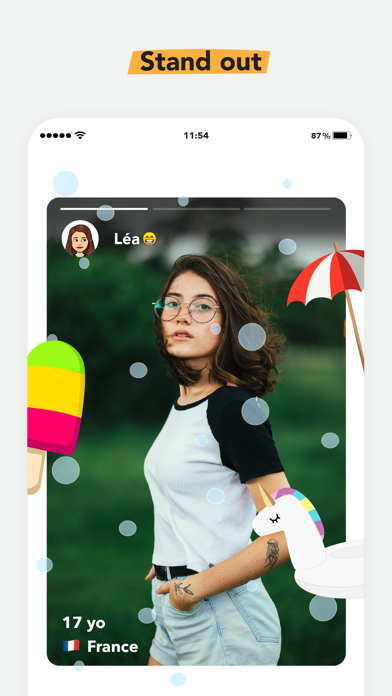 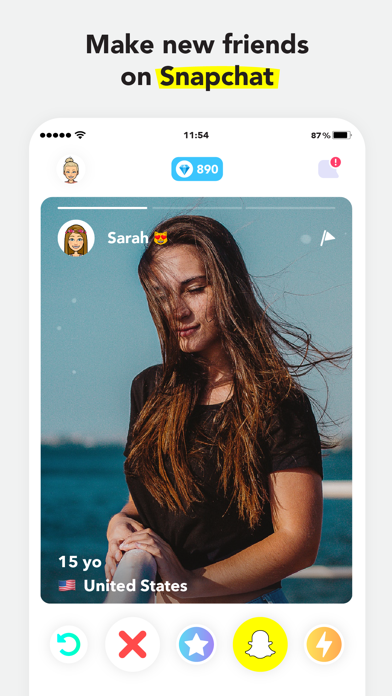