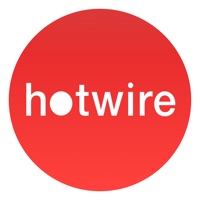 Save even more with exclusive, last-minute travel deals in the Hotwire app. Hot Rate® deals make booking travel easy, exciting, and affordable! 1. You pick the star-rating, location, amenities, and price. 2. We reveal your top-notch, deeply-discounted hotel right after booking. 3. Done and done. We've added new ways for you to hack your trip and get the best deal, available only on the app: • Discounted pricing and app-only coupons. Saving cash looks good on you. • Draw your ideal neighborhood. Circle a specific location on the map, and we’ll find you a Hot Rate® Hotel right there. • Sync with your schedule. You can add trip details directly to your calendar in a matter of seconds. The Hotwire app packs in everything our customers love about our site—and more—including: • Unbeatable deals up to the last minute. Hotwire is the go-to app for booking money-saving, unforgettable trips. Book weeks in advance or the day of. Either way, Hotwire has you covered. • Thousands of hotels to choose from. Think: trendy, boutique properties and iconic brands like Fairmont, Hyatt, and Marriott. • Get 1 of 2 Hot Rate® Hotels. Hacking your Hot Rate® just got easier in the app. We’ll show two hotels, and you’re guaranteed to stay at one of them. • Our low price guarantee. Book with confidence—our rates won’t be beat. • 24/7 customer service. Message our team with any questions, day or night. NEW iOS 14 Features! DEAL WIDGET: Plan a last-minute getaway in just a few taps with Hotwire’s new deal widget! Check out top weekend deals near you, right from your home screen. Just add the widget and enable location services to get goin’. APP CLIP: New to Hotwire? Try out our App Clip, available via Hotwire.com on your mobile device. See app-exclusive features, including hotel reviews, and quickly book using Apple Pay. The App Clip will also keep your reservation details on your home screen for up to 10 days. Can’t get enough? You can also easily download the full Hotwire app! 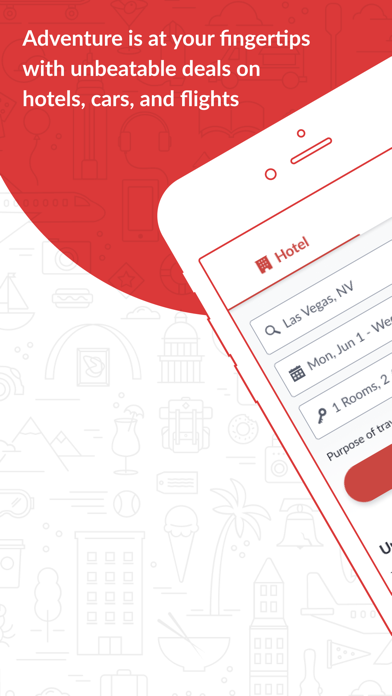 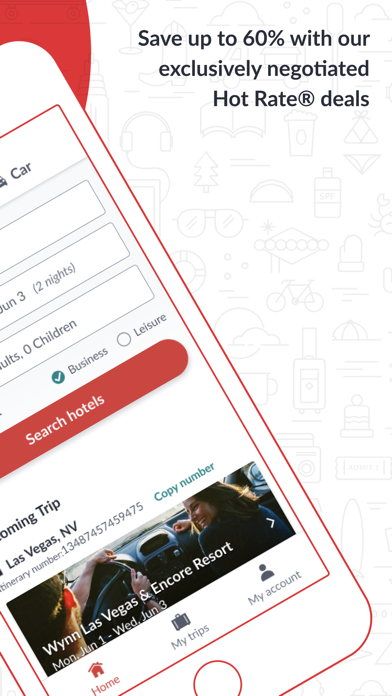 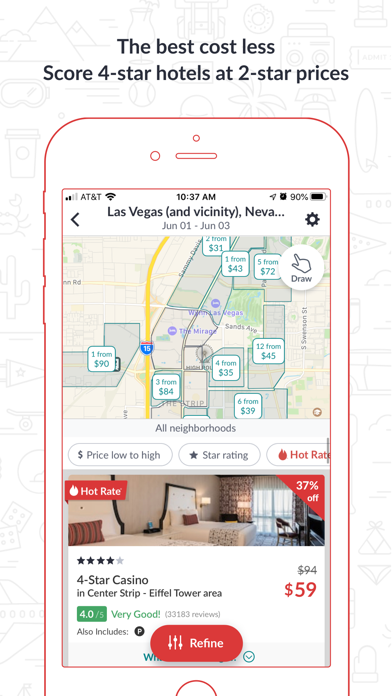 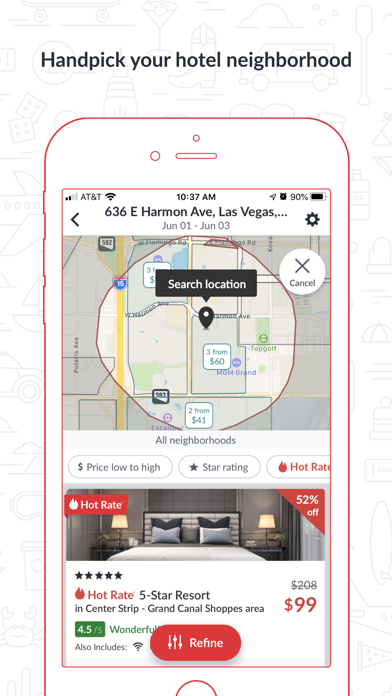 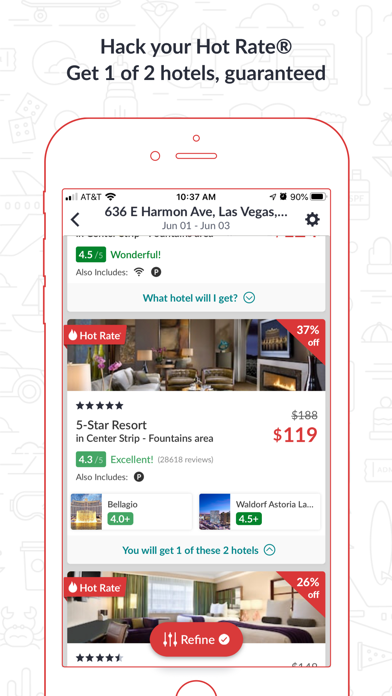 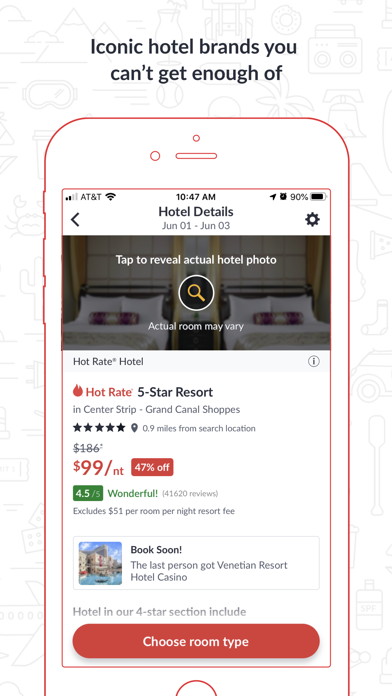 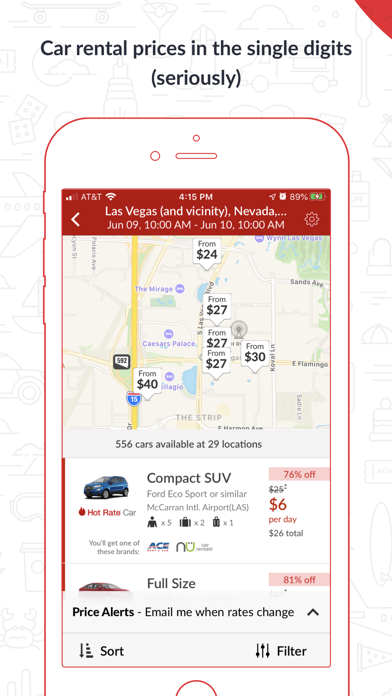 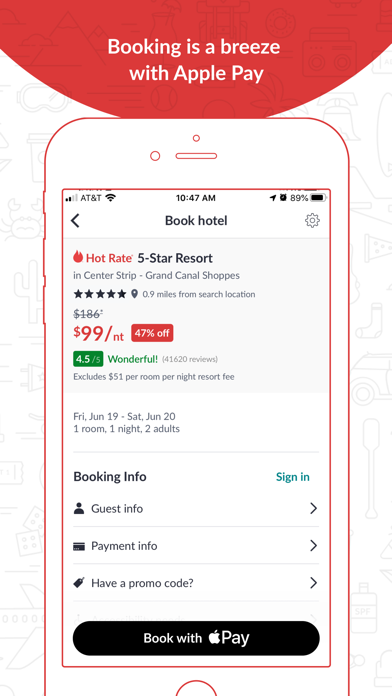 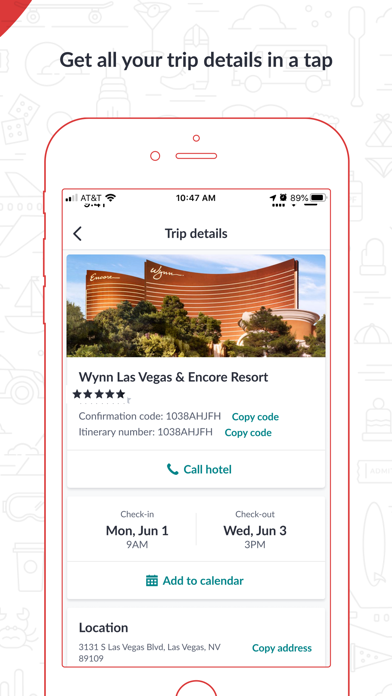 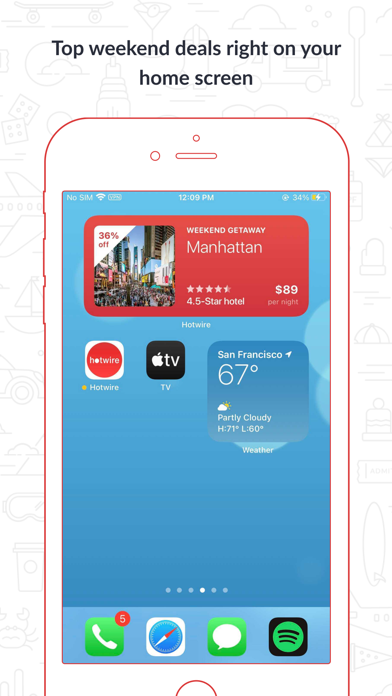