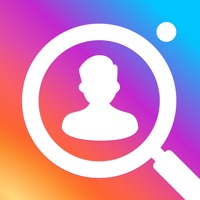 Ig Analyzer tracks & mass unfollows your unfollowers, and measures your performance. Why Ig Analyzer? #Track your unfollowers# - Find out who unfollowed you from mutual following. - Find out the followers who deleted likes/comments of your posts. #Mass unfollow# - Identify those who are inactive or not following you back and unfollow them at a time. #Know your best followers and ghost followers# - Find out who liked/commented you the most and the least. - Find out the most influential followers by the number of their followers. - Find out the followers you are not following back. #Get insights into your posts and stories# - The statistics offer real-time followers lost and gained. - The statistics show real-time likes and comments performance. - The statistics tell you which post gets​ the most likes/comments in the past 7 days. The app contains the following subscription options: - 1 week ($2.99) - Payment will be charged to iTunes Account at confirmation of purchase. - Subscription automatically renews unless auto-renew is turned off at least 24-hours before the end of the current period. - Account will be charged for renewal within 24 hours prior to the end of the current period, and identify the cost of the renewal. - Subscriptions may be managed by the user and auto-renewal may be turned off by going to the user's Account Settings at iTunes Store after purchase. - No cancellation of the current subscription is allowed during active subscription period. Disclaimer: Ig Analyzer is not affiliated to Instagram or any third parties. Terms of Use: https://www.igrow.ai/privacy/ Privacy Policy: https://www.igrow.ai/privacy/ Please send your questions and feedback to [email protected] 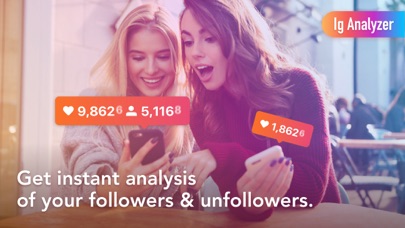 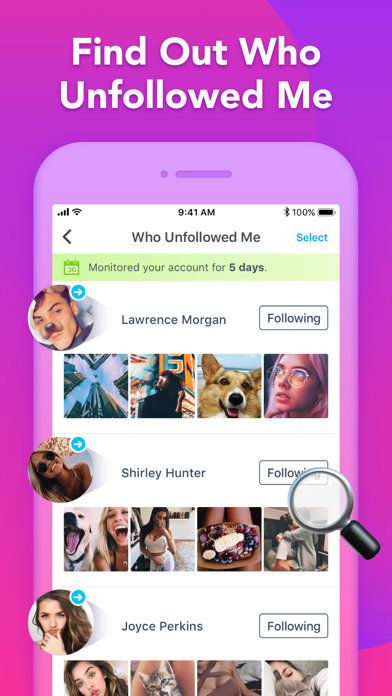 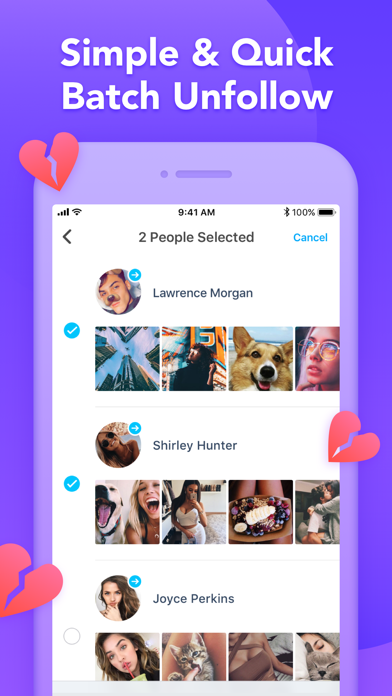 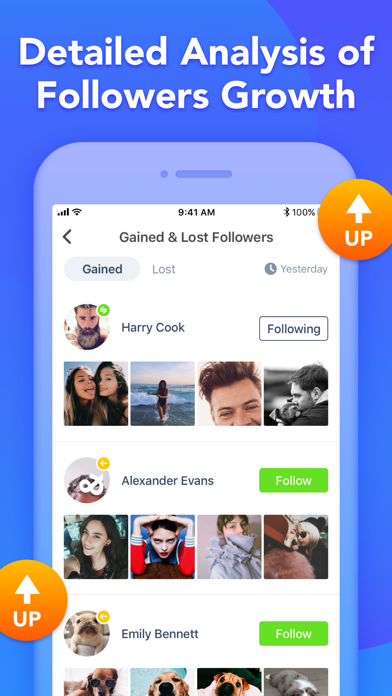 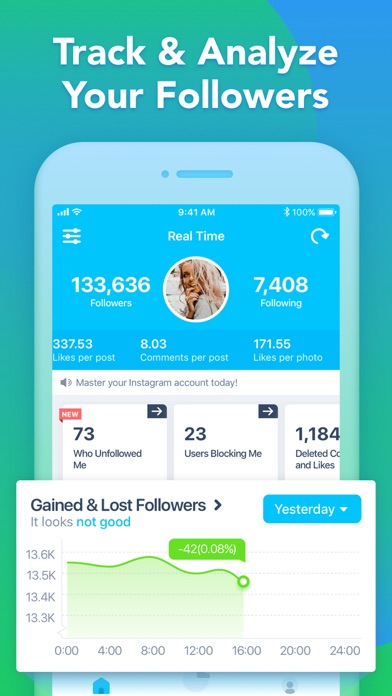 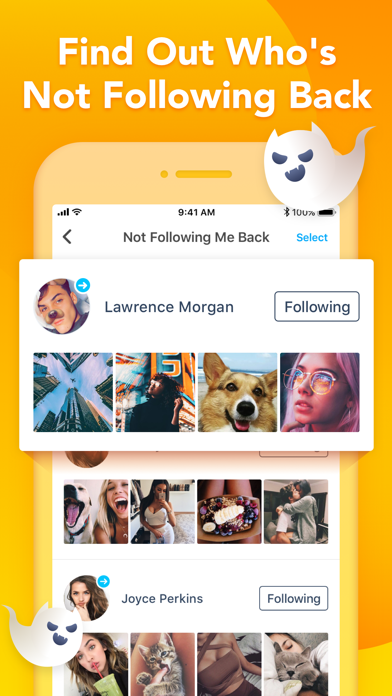