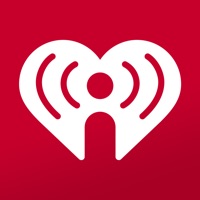 Listen to thousands of live radio stations, tune in to podcasts and stream unlimited music playlists for any mood or activity, all in one app. The iHeartRadio app for iPhone, iPad and Apple Watch is easy to use and best of all, it's FREE. Download the iHeartRadio iOS app today and enjoy your favorite music, live & local radio stations, playlists, and podcasts! The Best Local Radio Stations Live • Discover thousands of live and local AM and FM radio stations near you and from cities all over the world. • Our Radio App allows you to listen to top radio stations, news, sports, music, talk and comedy. • Stream sports radio stations like ESPN Radio, Fox Sports Radio, FNTSY Sports Radio, etc. • Hear top sports personalities discuss the latest news around the NFL, NHL, MLB, NCAA, NBA, Soccer, Golf, and Tennis. The iHeartRadio Podcast App - now #1 for Podcasts • Our Podcast App features the most popular podcasts from ESPN, NPR, Gimlet, How Stuff Works, Podcasts, TED, Wondery, Big Money Players Network, and celebrity podcasts such as The Ron Burgundy Podcast, Anna Faris Is Unqualified Podcast, The Herd with Colin Cowherd Podcast, The Ben Shapiro Podcast, The Joe Rogan Podcast, The Bobby Bones Podcast, The Chelsea Handler Podcast , Armchair Expert with Dax Shepard, and more. • Follow your favorite podcasts and personalities. • Download podcast episodes from the App Store to your iOS Device to listen offline, without the need for WiFi. • Explore popular trending shows with our iHeartRadio Podcast App charts. Tune in every Monday for the refreshed Top 100 Chart. • Our podcast app and podcast player allow you to experience podcast playback at your desired speed of 0.5x, 1x, 1.25x, 1.5x, and 2x. Free Music - Playlists perfect for any moment • Enjoy thousands of hand curated playlists on the free iHeartRadio Playlist App. Organized by mood, activity, decade and genre to make it easy to find something that’s the perfect soundtrack for any moment. • 'Your Weekly Mixtape' makes music sound discovery easy. A weekly playlist of songs we’ve curated based on the music you love and the music you’re listening to right now. Every Monday we refresh your mixtape with a new batch of music tracks we know and can vibe to throughout your week. Play Free Artist Radio Stations • Create personalized music stations based on your favorite artists using our library of millions of songs covering genres like Country, Top 40, Pop, Hip Hop, R&B, EDM, Rock, Alternative, Folk, Gospel, Christian, Dance,Classical, Indie, and more. The Ultimate Station Made Just for You • 'My Favorites Radio' collects all of the songs you love in one free personalized station. Premium Features Take control of your listening experience with iHeartRadio Plus™ and iHeartRadio All Access™ and listen absolutely ads free.. • Search and play any song, album and playlist with our library of millions of songs on demand • Save and replay any song with our music app from the radio • Enjoy unlimited skips • Download music to your iPhone, iPad or Apple Watch to listen offline • Create unlimited playlists Join our community! • Facebook: http://on.fb.me/1F1TcFX • Instagram: http://bit.ly/1e1AOUS • Twitter: http://bit.ly/1HZk5KQ • Blog: http://bit.ly/1GiT59D For Feedback and Help Tell us how we can improve by sharing your thoughts at help.iheart.com Payments will be charged to iTunes Account at confirmation of purchase. Subscription automatically renews unless auto-renew is turned off at least 24-hours before the end of the current period. Account will be charged for renewal within 24-hours prior to the end of the current period, and identify the cost of the renewal. Subscription may be managed by the user and auto-renewal may be turned off by going to the user’s Account Settings after purchase. Any unused portion of a free trial period, if offered, will be forfeited when the user purchases a subscription to that publication, where applicable. iheart.com/terms iheart.com/privacy 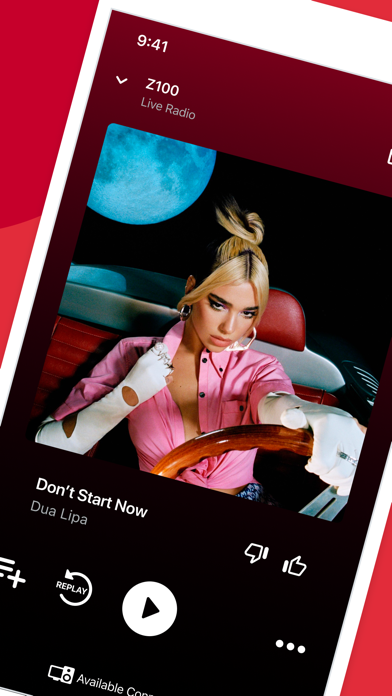 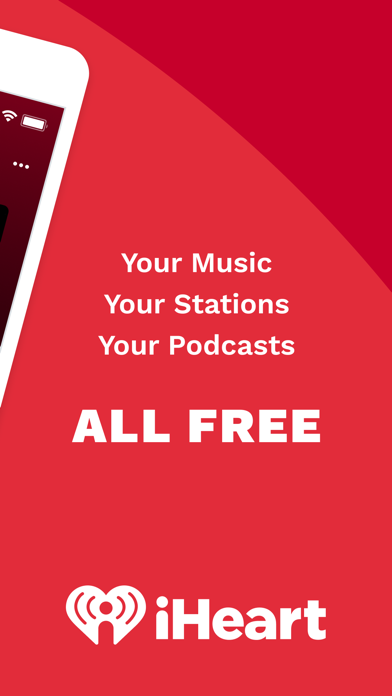 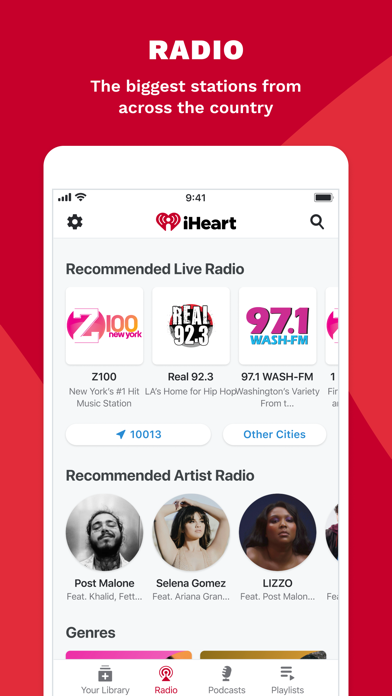 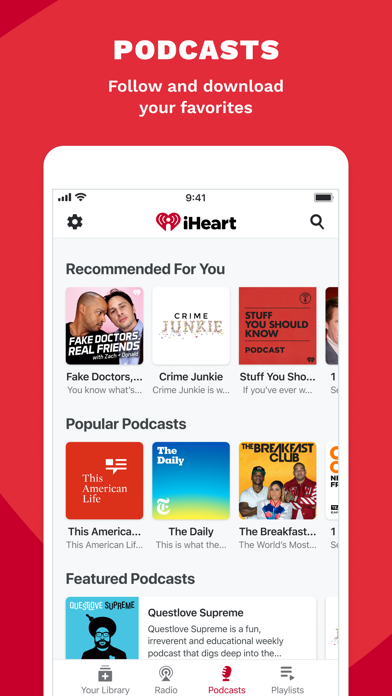 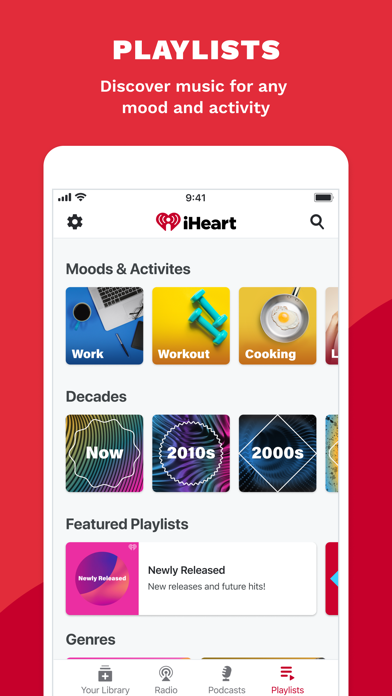 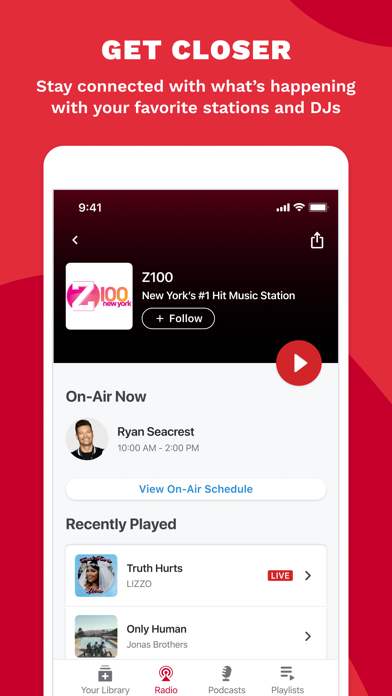 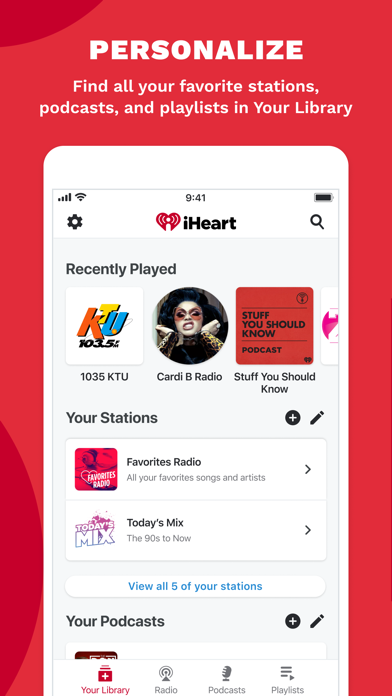 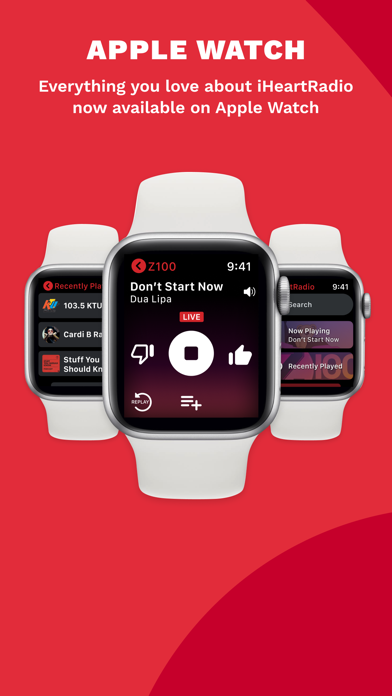