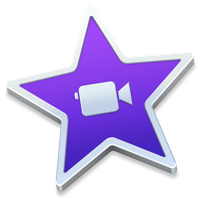 With a streamlined design and intuitive editing features, iMovie lets you create Hollywood-style trailers and beautiful movies like never before. Browse your video library, share favorite moments, and create beautiful movies that you can edit at resolutions up to 4K. You can even start editing movies on an iPhone or iPad, and finish them on a Mac. Browse and share video • See all your video clips and photos organized in one place • Quickly share a clip or a portion of a clip • Background import lets you begin watching and sharing video instantly Make Hollywood-style trailers • Choose from 29 trailer templates with stunning graphics and original scores by some of the world’s top film composers • Customize movie studio logos, cast names, and credits • Select the best videos and photos for your trailer with the help of animated drop zones Create beautiful 4K and HD movies • Edit movies at up to 4K resolution with video from iPhone 6s or later, GoPro, and other Ultra HD cameras on compatible Macs (1) • Support for 1080p HD video at 60 frames per second for smoother, more life-like action shots • Import movies and trailers created using iMovie on iPhone or iPad to finish them on your Mac • Enhance your movie by adding titles, transitions, and 3D globes and travel maps • Speed up and slow down the action with fast-forward and slow-motion effects • Create sophisticated picture-in-picture, side-by-side, and green screen effects • Create a soundtrack using built-in music and sound effects, songs from your iTunes library, songs you’ve recorded in GarageBand, and your own narration Fine-tune every clip • Instantly improve the look and sound of your video using one-click Enhance • Give your video a boost with easy-to-use color controls • Stabilize shaky video for a smoother picture that’s easier to watch • Automatically zoom in on faces and glide across panorama photos with the Ken Burns Effect • Choose from 48 fun video and audio effects • Send your project to Final Cut Pro and take advantage of advanced editing tools, professional effects, third-party plug-ins, and more Share with friends and family • Email videos with Mail Drop when signed in to iCloud • Share directly to YouTube and Vimeo at up to 4K resolution • Share any video frame as an image Create App Previews for the App Store • Import iPhone and iPad screen recording videos captured with QuickTime Player • Highlight features with 11 animated titles designed to showcase apps in action • Export finished videos using the App Preview share option (1) 4K export requires a Mac from 2011 or later with at least 4 GB RAM. Full-resolution 4K playback is supported on iMac with Retina display and Mac Pro (2013 or later) when connected to a 4K display. 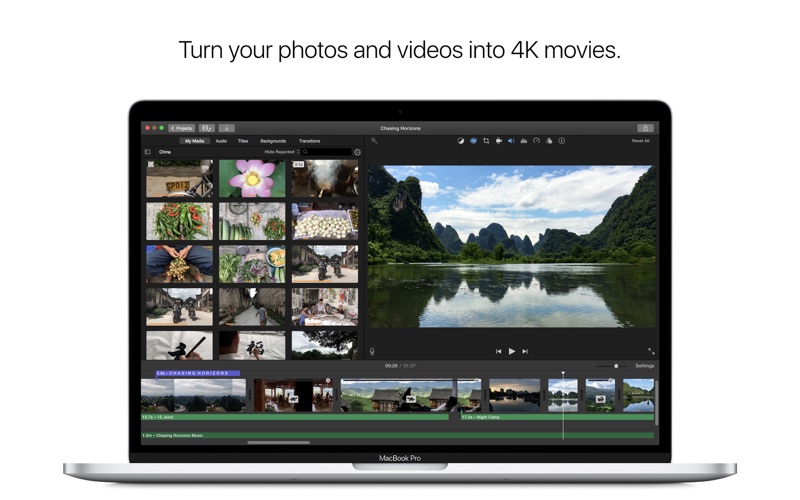 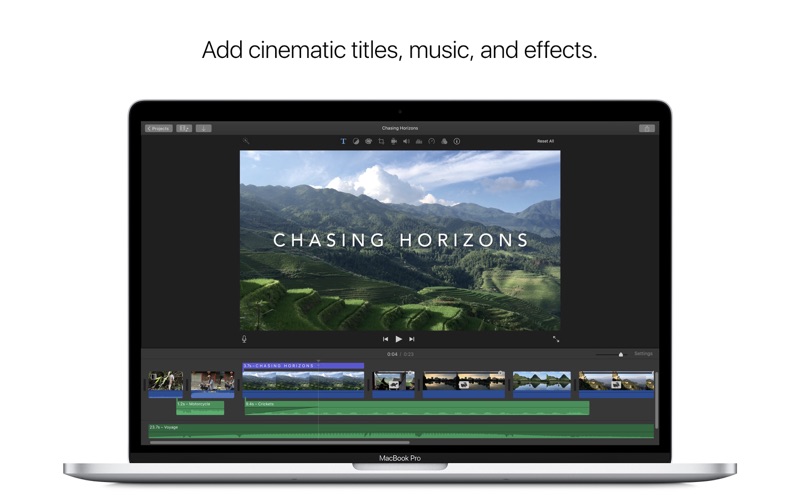 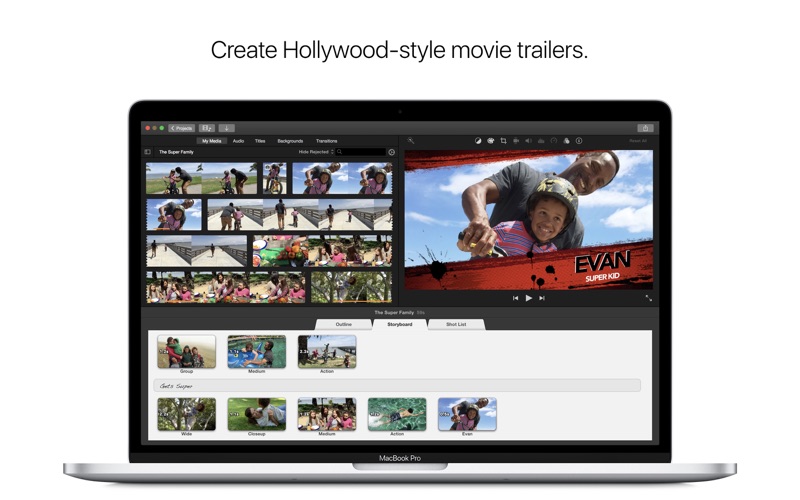 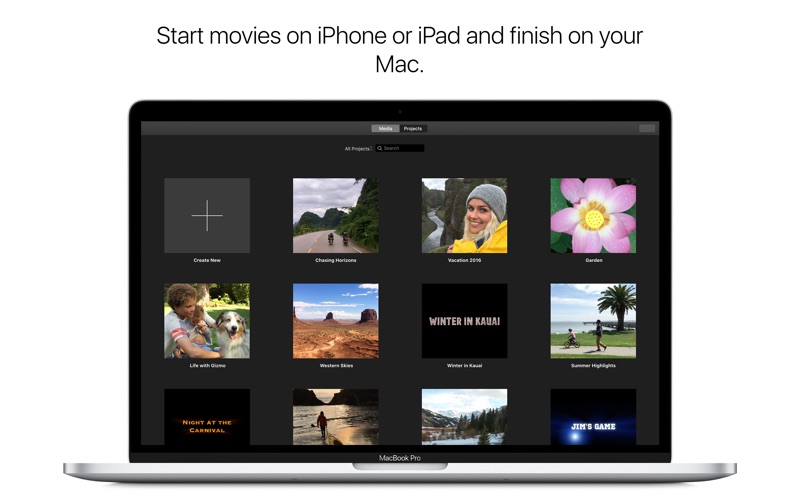 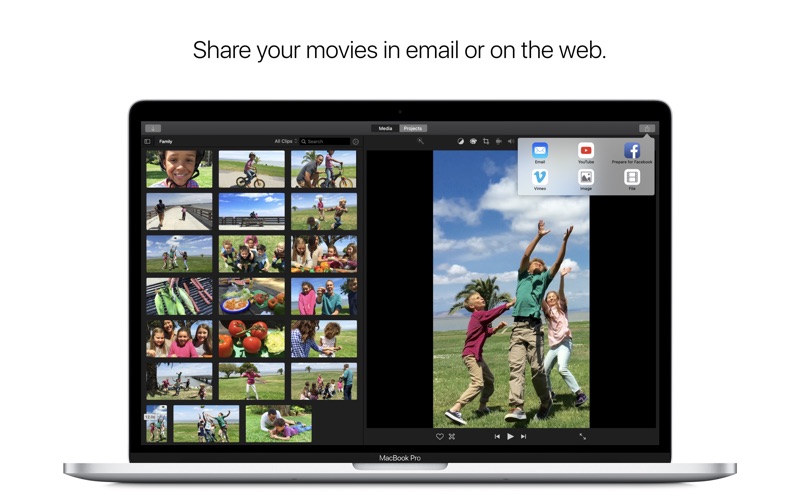