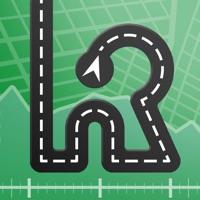 Plan optimal routes or chart your own course using weather, elevation, curves and more. Then navigate safely with voice-guided, turn-by-turn directions that automatically check your route for severe weather. ***Featured as a Best New App on the US App Store for Navigation*** ***As seen on the TODAY show in the Traveling This Summer segment*** “adding to both the safety of the ride and the pleasure of knowing beforehand what to expect” - Florin Tibu, “autoevolution” “I used InRoute for planning six world record attempts. No weather app gives you more information, period.” - Carl Reese, Multiple World Record Holder Key Features (some require inRoute Pro--see below): • Voice guided navigation of up to 150 locations with automatic severe weather alerts (alerts are currently available in the US, Canada, and EU) • Optimize waypoint order for fastest time, or manually reorder • Import from XLSX, GPX and KML files • Create custom routes based on weather, elevation and curviness, or build your own route from available alternates on each leg of a route • Interactive charts showing route elevation, curviness, weather (temperature, humidity, precipitation, wind speed/direction, severe weather alerts), and sunrise/sunset times • Search along a route—the whole route, every x miles/hours, or the next x miles/hours from a place—find gas, hotels, campgrounds or places to eat close to a route • Set Departure and Layover Times—weather forecasts, road conditions (e.g. congestion), and travel times accurately reflect conditions throughout the trip • Save your favorite routes and places, sync between devices, organize into folders, print via Airprint, and share with family and friends • Easily add places to the map using a Dropped pin, Search, or Contacts • Export routes to Apple Maps, Google Maps, Navigon, and Waze. Some apps use inRoute's "Agenda Nav" feature. See the in-app FAQ for more info • Export to GPS devices and apps compatible with GPX files • Routes are stored on your device so you can access them even if you lose connection inRoute Pro (for iPhone, iPad & Mac): - $4.99 monthly, or $39.99 annually. 1 week free trial - Create routes with up to 150 locations (8 in free version) - Sync routes and pins between devices - Weather charts/custom routes - Severe weather alerts during navigation (US, Canada, EU areas) - Export/share routes as GPX files Price may vary by location. Subscriptions will be charged to your credit card through your iTunes account. Your subscription will automatically renew unless canceled at least 24 hours before the end of the current period. Manage your subscriptions in Account Settings after purchase. Privacy Policy and Terms of Use: http://carobapps.com/privacy-policy Note: Since continued use of GPS running in the background can dramatically decrease battery life, inRoute will automatically shut down if you haven't used it in a while. 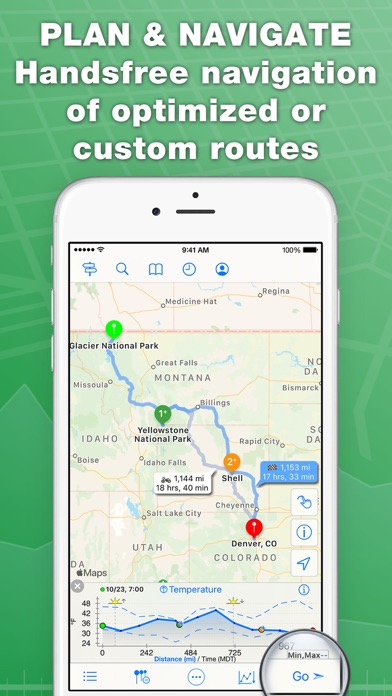 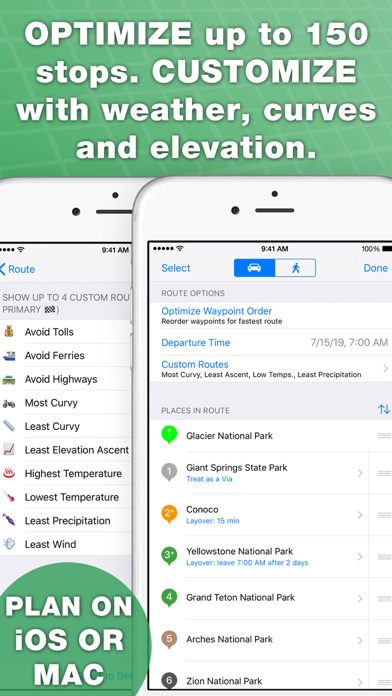 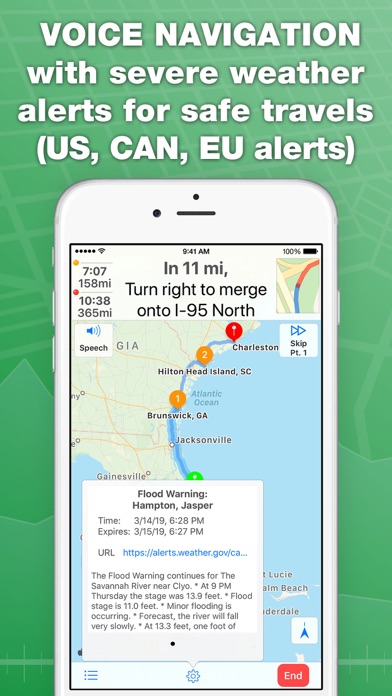 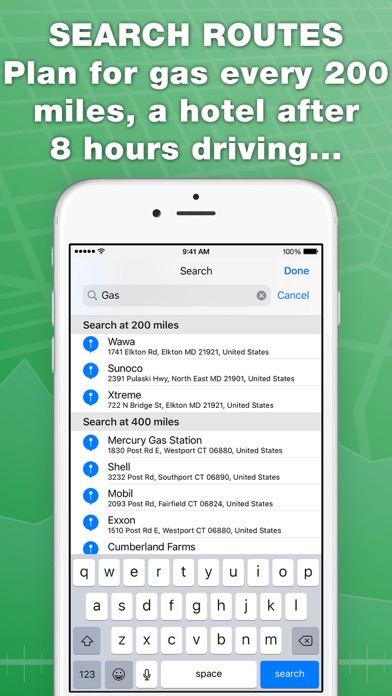 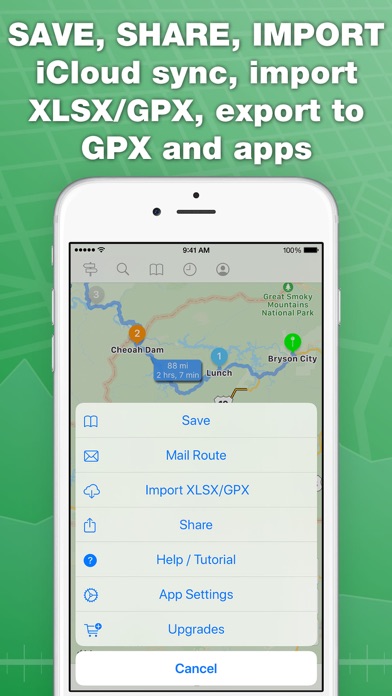