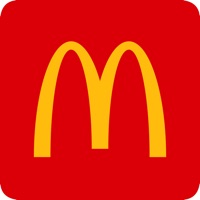 This App is going to change the way you experience McDonald’s®. Just tap “install” to receive exclusive McDonald’s coupons, offers and more! It’s as simple as that! Bring the App to a nearby participating McDonald’s and redeem your meal deal. Mobile Order & Pay Pick a McDonald’s deal, and then pick up your meal at participating McDonald’s. Mobile Order and Pay lets you create your next McDonald’s® order in just a few taps and swipes. With Curbside, Counter and Drive Thru Pickup available, you can enjoy your McDonald’s meal quickly! Exclusive Deals and App Offers Enjoy App-exclusive offers and food deals that are as delicious as your meal. McDelivery Order McDelivery through the app and get your food delivered to your door. Save Your Favorites Customize & save your favorite foods to reorder with ease. Restaurant Locator Where are you going when McNuggets® call your name? Open the map and find McDonald’s store hours and a location near you! Download the McDonald’s App and register today to get more out of your meals at McDonald’s! Data rates may apply. Prices and participation may vary. Offers available only at participating restaurants. Check https://www.mcdonalds.com/us/en-us/terms-and-conditions.html for Terms and Conditions and more information. © 2021 McDonald’s 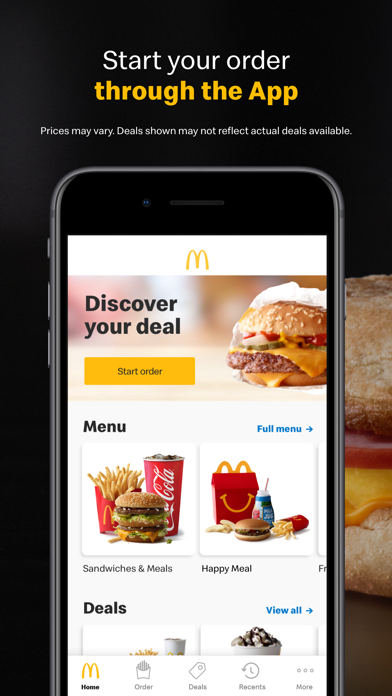 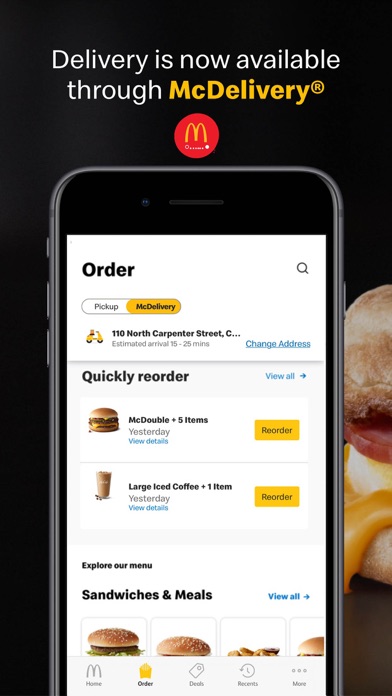 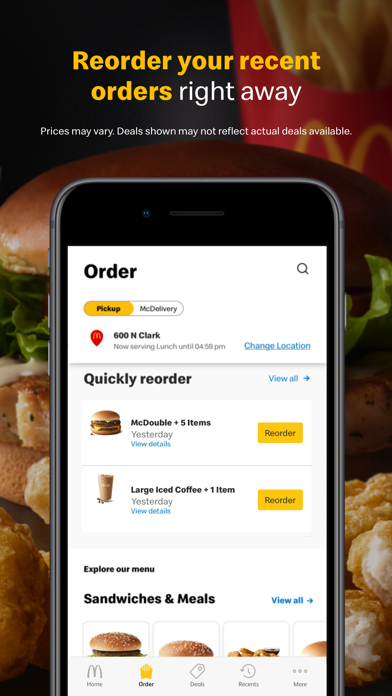 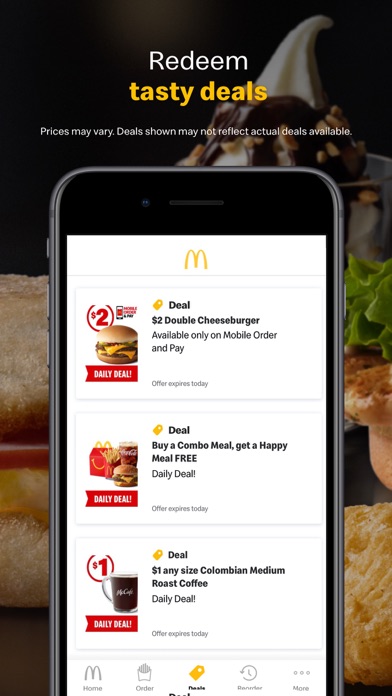