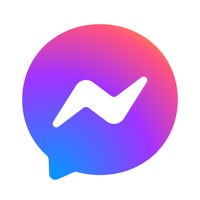 Be together whenever, with our free* all-in-one communication app, complete with unlimited text, voice, video calling and group video chat features. CROSS-APP MESSAGING AND CALLING Connect with your Instagram friends right from Messenger. Simply search for them by name or username to message or call. PRIVACY SETTINGS New privacy settings let you choose who can reach you, and where your messages are delivered. CUSTOM REACTIONS Lost for words? You can customize your reactions, with lots more emojis to choose from. CHAT THEMES Choose from fun themes and colors, like Tie-Dye or Love, to make your chats more personal. WATCH TOGETHER Watch videos, tv shows, and movies with your friends over Messenger Video Chat and Rooms when you can't be together. Capture every moment and reaction in real-time. FREE* VIDEO CALLS TO STAY CONNECTED Keep your friends and family close with unlimited live video chatting.Host group video calls with up to 8 people, with high-quality audio, high definition video, and interactive video features like face filters. UNLIMITED FREE* TEXT & PHONE CALLS Skip exchanging phone numbers and simply send a message to your Facebook friends, even if they’re across the world. Enjoy high-quality voice and text messaging on mobile, tablet, and desktop. TURN OFF THE LIGHTS IN DARK MODE Give your eyes some rest with a sleek new look that darkens the colors of the chat interface. RECORD AND SEND VOICE AND VIDEO MESSAGES When text just won't cut it, just hit record and send. Say, sing, show, or shout it out loud. EXPRESS YOURSELF WITH STICKERS, GIFS, AND EMOJIS Use custom stickers to show your creative side. You can even add effects and filters to video calls. SEND FILES, PHOTOS, AND VIDEOS There’s no limit to the number of files you want to share with your friends. PLAN AND MAKE IT HAPPEN Make plans to get together with polls and more. Suggest a meeting spot or tell friends where you are by sharing your location with just a few taps. SEND AND REQUEST MONEY WITH NO FEES Send and receive money securely and quickly—right in the app. Split payments in group chats to share rent, travel, and other expenses. Start sending money to friends and family by adding your debit card, PayPal account (fees may apply), or prepaid card. Only available in the US. CHAT WITH BUSINESSES Easily connect with your favorite businesses to make reservations, get customer support, find deals and more. COMPATIBLE ACROSS PLATFORMS Chat with friends across an array of devices, like desktop, Portal, and others. Privacy Policy: https://www.facebook.com/about/privacy/ LEARN MORE about Messenger texting and group video chat at: http://messenger.com * Data rates apply Some Messenger features may not be available in your country or region. 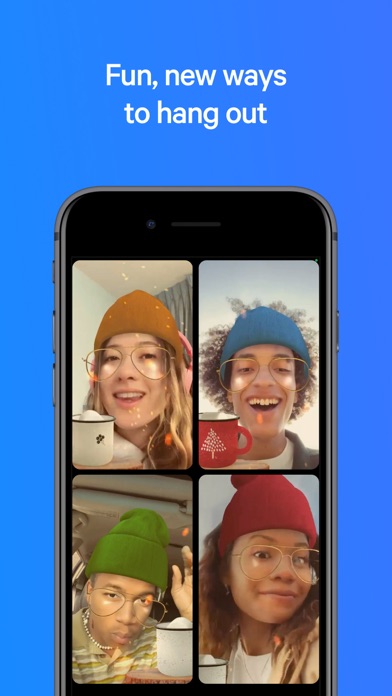 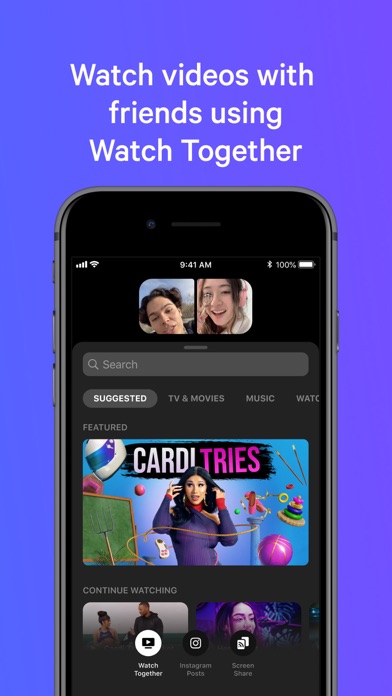 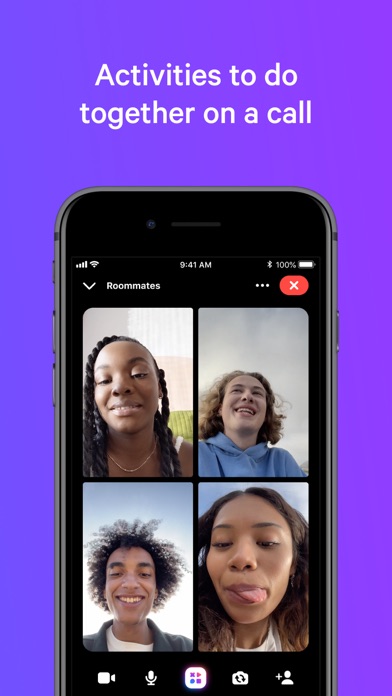 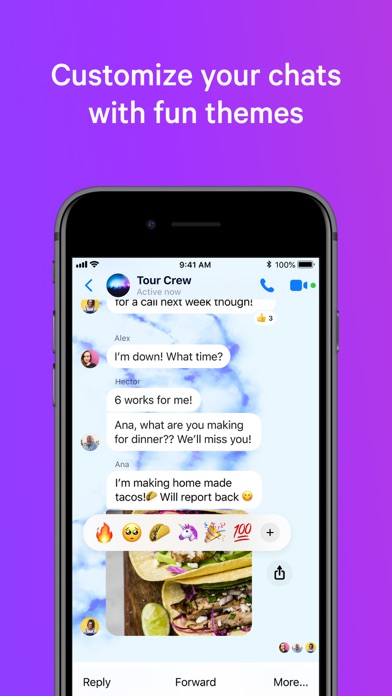 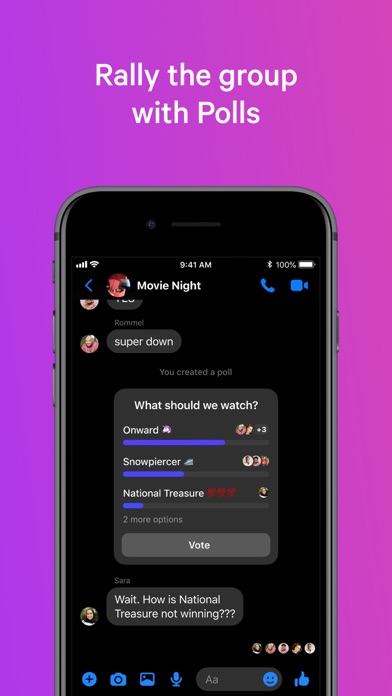 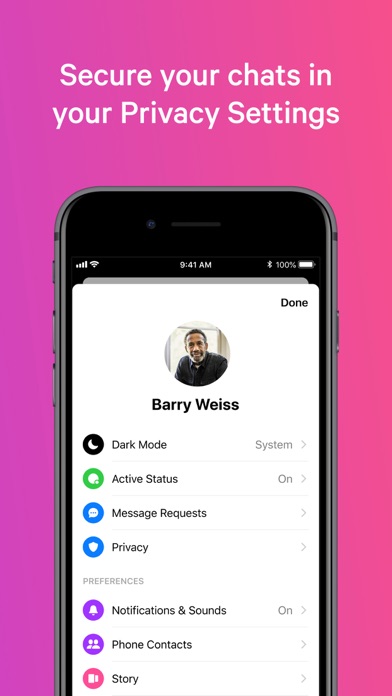 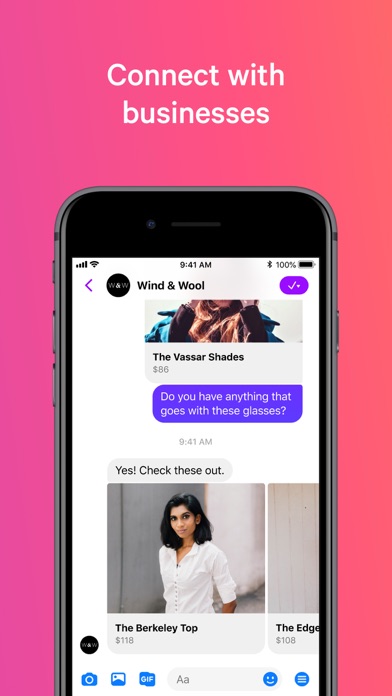