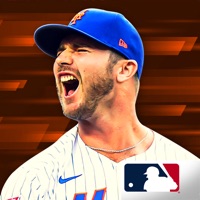 STEP UP TO PLATE! Featuring Home Run Derby Champion Pete Alonso, MLB Home Run Derby brings the non-stop action of the Home Run Derby to you. Do you have the skill to be a Home Run Derby Champion? With three distinct game modes, 100+ batters to collect, and constant live events - there is always a reason to swing for the fences in MLB Home Run Derby! 3 DIFFERENT MODES FOR SMASHING HOMERS! - Duel online with other sluggers in live PVP contests that see how many home runs you can hit on a timer! Earn the best rewards in online competition! - Head to the Arcade to hit targets and score big points! Stay in the slugfest as long as you can keep sending them yard! - Compete in the Derby to take on the best batters in baseball for a Home Run Derby Championship! Can you win 3 rounds against the top home run hitters in MLB? BATTLE THE BEST ONLINE FOR TOP REWARDS! - Play against millions of MLB fans from around the world! - Unlock exclusive new content in the Season Pass, with new content every month! - Win baseball packs with every online victory - with new and unique rewards cycled daily - New limited time events every week to unlock rare players! - Top the leaderboards daily to unlock the best rewards! Earn more wins to climb to the top! - Join the Classic Tournament every weekend for the best way to earn Classic Packs and legendary players like Jorge Posada, Chipper Jones, Keith Hernandez, and Jackie Robinson! AUTHENTIC MLB ACTION - Unlock new 2022 sluggers like Freddie Freeman (Dodgers), Josh Donaldson (Yankees), Trevor Story (Red Sox) as well as Epic versions of club favorites like DJ LeMahieu (Yankees), Randy Arozarena (Rays), or Eloy Jimenez (White Sox) - Signature batting stances for your favorite sluggers - Change the uniform of your classic sluggers to any of your favorite teams they played on throughout their careers! - Unlock Home, Away, and Alternate uniforms for all MLB teams! - Dodger Stadium, home of the 2022 Home Run Derby, is FREE! Plus, unlock every MLB ballpark with in-app purchase STAY IN THE COMPETITION WITH LIVE EVENTS - New batters released with live events like team specific events ( such as “NYY vs BOS Week” ), or themed events like “Catchers Pack” event - Exclusive gear dropped frequently throughout the year - New bundles, packs, and rewards available for each new event COMPLETE YOUR COLLECTION! - Over 100 batters to collect so you can find your favorite slugger! - Unlock Retro uniforms to suit up your batter in classic style - Free Daily Rewards in a monthly calendar - Free rewards with every Season Pass - Free Packs every four hours -- just login to redeem! Follow @HRDerbyGame on Twitter and Like @hrderbygame on Facebook! © 2022 MLB Advanced Media, L.P. All rights reserved. Developed for and Published by Major League Baseball. Officially Licensed Product of MLB Players, Inc. MLBPA trademarks, copyrighted works and other intellectual property rights are owned and/or held by MLBPA and may not be used without the written consent of MLBPA or MLB Players, Inc. Jackie Robinson ™ is a trademark of the Estate of Jackie Robinson & Mrs. Rachel Robinson. 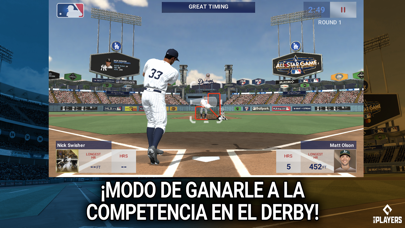 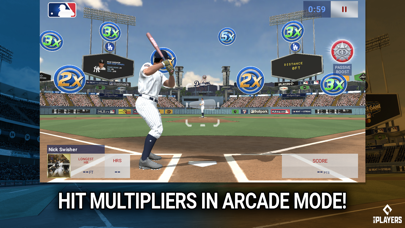 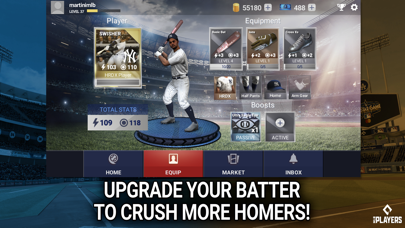 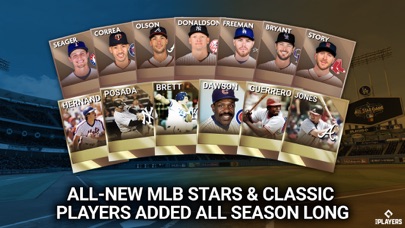 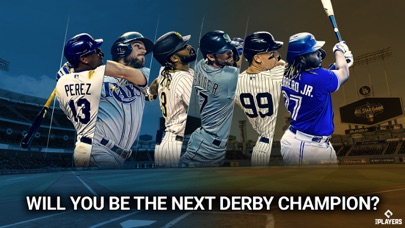