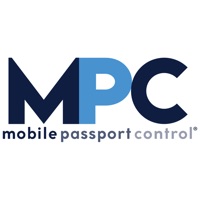 By US Customs and Border Protection

Effective Feb. 1, 2022, the U.S Gov't CBP Mobile Passport Control (MPC) application will be the only authorized application for MPC traveler entry into the United States. Mobile Passport Control streamlines your U.S. Customs and Border Protection processing experience. Simply fill out your profile and answer CBP’s questions – then go straight to the “Mobile Passport Control” lane at the airport. CBP Mobile Passport Control is a voluntary program which can be used by U.S. Citizens and Canadian citizen visitors at any of the supported airport and seaport locations found on our website: https://www.cbp.gov/travel/us-citizens/mobile-passport-control CBP Mobile Passport Control can be used in 5 simple steps: 1.) Eligible traveler(s) download the application and create a profile(s) using biographic information from their passport(s) and take a “selfie”; all eligible members in a family group can create a profile, submit their CBP form (up to 12 eligible members per trip), and store their information completely free to be used for future travel. 2.) Upon landing, travelers select their method of travel, port of entry and terminal, answer CBP inspection related questions, certify the truthfulness and accuracy of their answers, and submit their profiles and responses to CBP. 3.) Once submitted, CBP sends an encrypted Quick Response (QR) code back to the traveler’s device. 4.) Travelers proceed to the MPC designated queue upon arrival and present their QR code to a CBP Officer along with their passport. Please note: MPC does not replace your passport; your passport will need to be presented to the CBP Officer. 5.) The CBP Officer will complete their inspection. MPC provides a more efficient, secure in-person inspection process for the CBP Officer and the traveler, and shortens overall entry wait times. 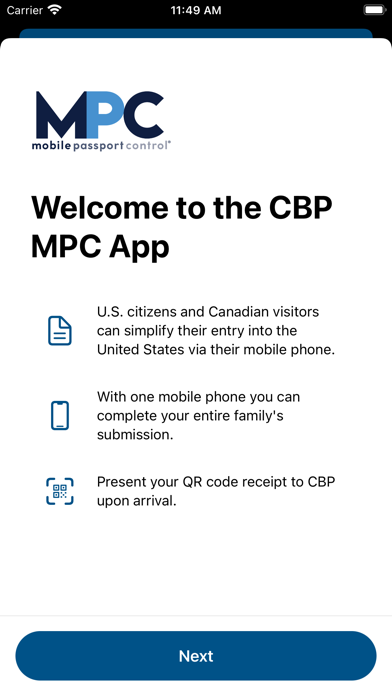 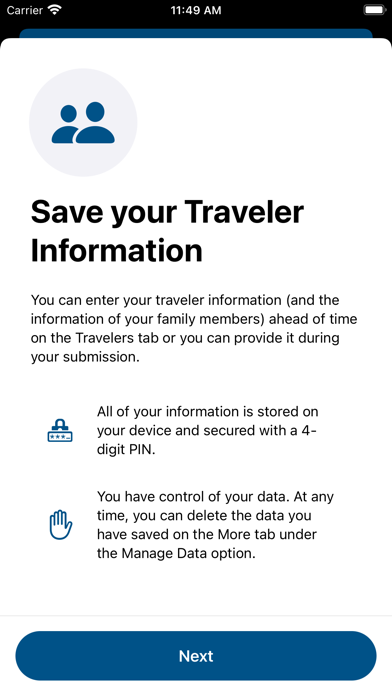 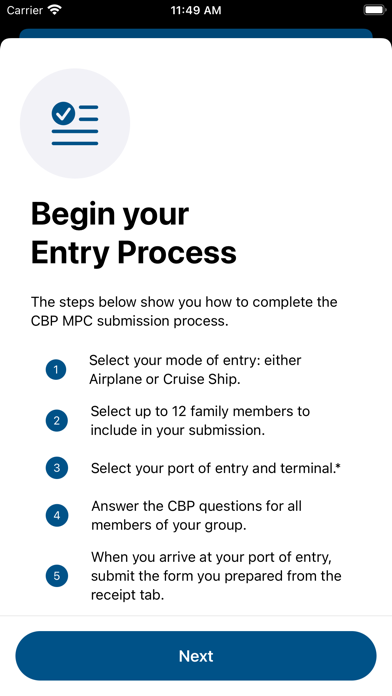 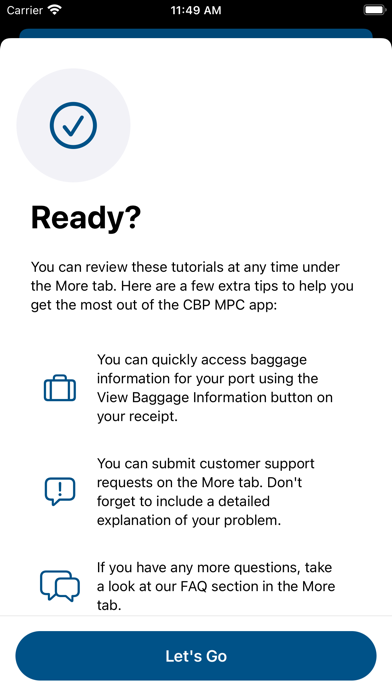 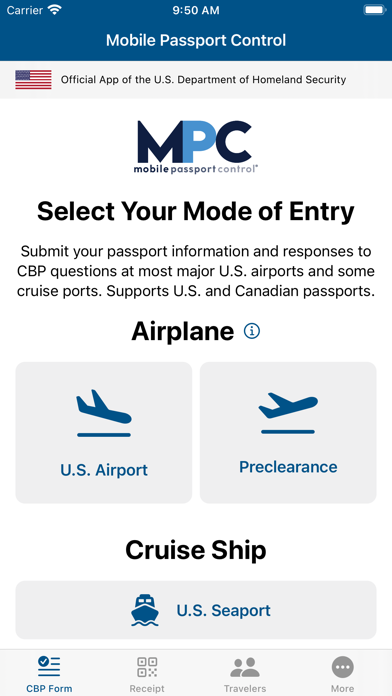 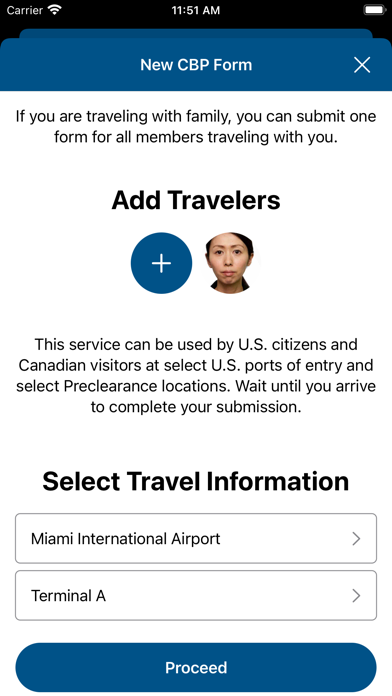 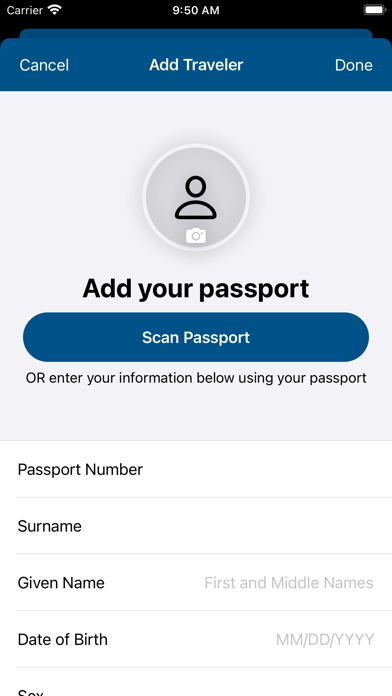 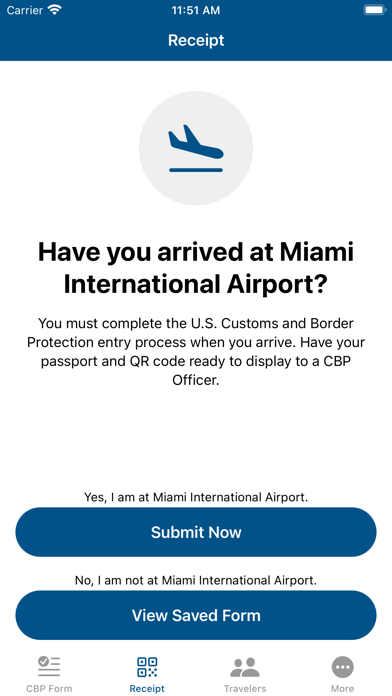