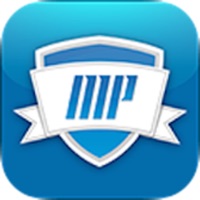 MobilePatrol connects you to important safety information, news, and critical alerts for places you care about. We partner with public safety and law enforcement agencies nationwide so you can receive timely access to information that keeps you and your loved ones safe. MobilePatrol focuses exclusively on public safety, so important information won’t get lost between your friends’ cat photos and the latest viral video! “A good resource to find accurate information instead of listening to what you hear on the gossip vine!” – Lennie B., 2014 “This app is very useful, especially if you have children. I look for sex offenders in my neighborhood on a regular basis.” – Alecia M., 2014 “The MobilePatrol app is a one stop shop for the community to be able to connect with our Agency.” – Lieutenant Larry Pace, Rutherford County, TN Here are some of our users’ favorite features: • Set up Neighborhoods where you and your loved ones live, work and play. We deliver important safety information from public safety agencies that serve your Neighborhoods. • Quickly view relevant safety news and alerts from your Neighborhoods right on your Newsfeed. No more combing through daily social chatter to find important information! • “Report it!” lets you contribute to your community’s safety. Share crime tips, traffic alerts, broken mains, fallen trees … even lost pets! Add related photos/videos to each report. • Receive timely alerts and news from your Neighborhoods directly on your mobile device. Alerts from trusted public safety officials make sure you don’t miss any important news or events going on in your area. • Conveniently access the most up-to-date public records for jail bookings, most wanted lists, sex offenders, and warrants. 24 hours a day. Every day. Simply enter zipcodes of places where you and your family live, work, and play. You will automatically receive alerts and updates from public safety agencies that serve those areas. Stay on top of what’s going on at home, at work, at your child's school, or where your aging parent lives. MobilePatrol is powered by partnerships with law enforcement agencies across the nation. Several thousand agencies are already online, and we are adding new partners every day. Can’t find any safety information from an agency serving your favorite Neighborhood? Please tell us at [email protected] If you are a member of law enforcement, you get access to our suite of tools designed specifically for you, at no cost! Your agency can: • Send custom news and alerts to your community (Mobile, Facebook & Twitter all from one place) • Receive crime tips and offender sightings from your community • List your public records in one easily accessible location Join thousands of other agencies already on MobilePatrol. Signup to access your FREE law enforcement dashboard and start posting today: http://www.appriss.com/mobilepatrol.html Have questions? Check out our website: http://www.appriss.com/mobilepatrol.html “People here in Butler County, they thrive on wanting to help find people. Tips emailed through the app have already lead to 10 arrests.” – Sheriff Mike Slupe, Butler County, PA. Already follow your law enforcement agency’s Twitter and liked their Facebook page? Great. MobilePatrol integrates social media from local agencies and allows you to see every new post or tweet, all in one place. Other key features: • Locate Sex Offenders in your neighborhood. • View Missing Children in your area. • Obtain information on Delinquent Child Support Warrants. • Are you a victim of crime? Register to be notified immediately of the status of offenders through our most powerful information service system VINE® (Victim Information and Notification Everyday). For more information about VINE, please visit www.VINELink.com. App provided by: Appriss Inc. “Keeping Communities Safe and Informed” www.appriss.com We want to hear from you. Send any feedback, suggestions and comments to [email protected] 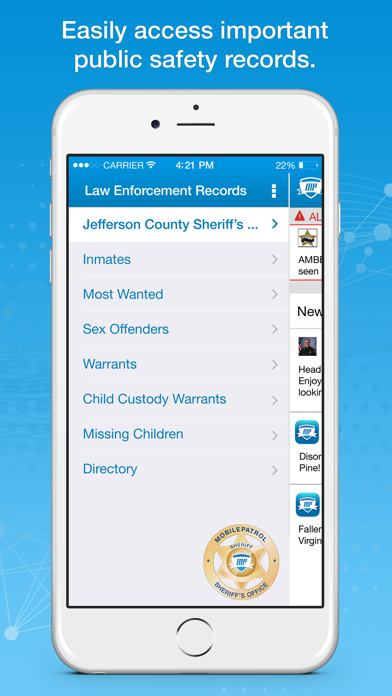 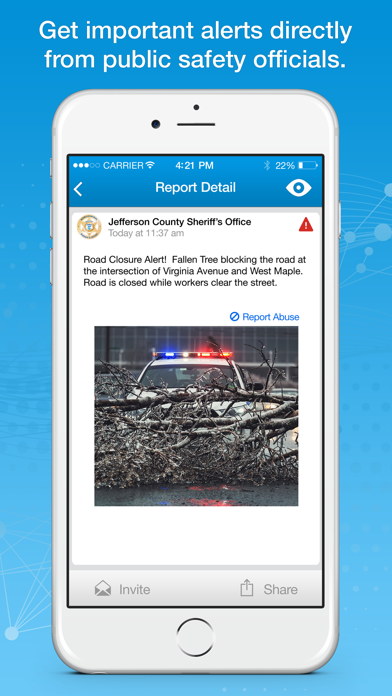 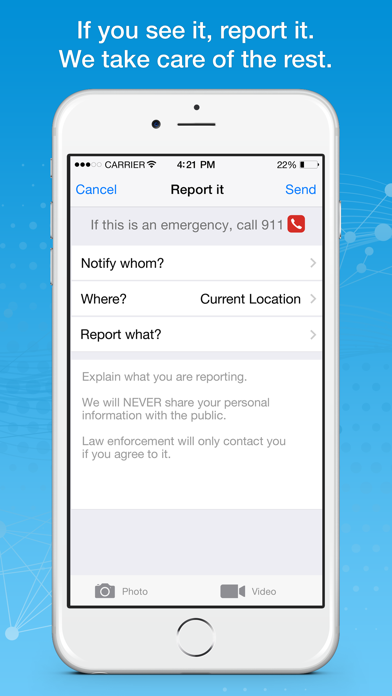 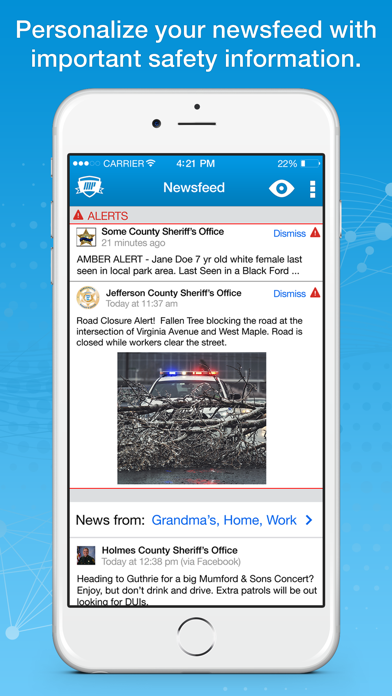 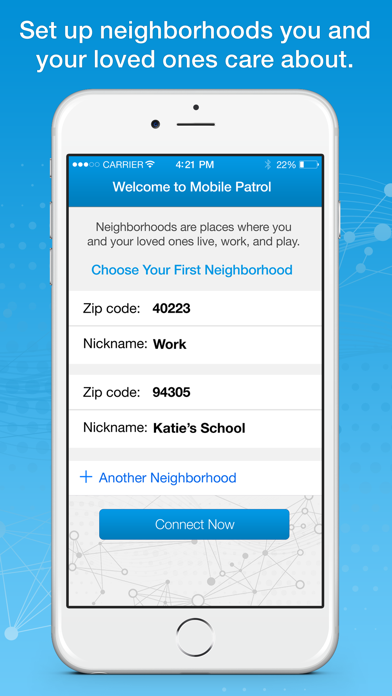