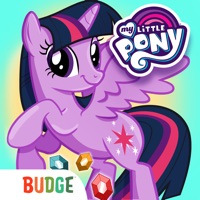 Go on a magical adventure to spread the spirit of friendship across Equestria! Gather all 6 ponies, use their special powers together and save the Tree of Harmony. Chase evil minions, solve puzzles and play fun mini games to bring back the six mystical jewels known to ponydom! MAGICAL ADVENTURES • TRAVEL to 6 regions across Equestria • CATCH the evil minions • FIND hidden keys and traps • RESCUE captive ponies • RECOVER the 6 Elements of Harmony 6 PONIES, EACH WITH THEIR OWN SPECIAL POWERS • PRINCESS TWILIGHT SPARKLES: Move Objects and Solve Puzzles • FLUTTERSHY: Lullaby and Animal Language • APPLEJACK: Shake N Break and Catapult • RAINBOW DASH: Fly through and Drop • RARITY: Uncover and Stylize • PINKIE PIE: Hypnotic Dance and Pinkie Sense Play this fun and free adventure game for girls and boys. Let your kids solve puzzles, play mini games and discover the world of Equestria! PRIVACY & ADVERTISING Budge Studios takes children's privacy seriously and ensures that its apps are compliant with privacy laws. This application has received the “ESRB (Entertainment Software Rating Board) Privacy Certified Kids’ Privacy Seal”. For more information, please visit our privacy policy at: https://budgestudios.com/en/legal/privacy-policy/, or email our Data Protection Officer at: [email protected] Before you download this app, please note that it is free to try, but some content may only be available via in-app purchases. In-app purchases cost real money and are charged to your account. To disable or adjust the ability to make in-app purchases, change your device settings. This app may contain contextual advertising (including the option to watch ads for rewards) from Budge Studios regarding other apps we publish, from our partners and from third parties. Budge Studios does not permit behavioral advertising or retargeting in this app. The app may also contain social media links that are only accessible behind a parental gate. TERMS OF USE / END-USER LICENSE AGREEMENT This application is subject to an End-User License Agreement available through the following link: https://www.budgestudios.com/en/legal/eula/ ABOUT BUDGE STUDIOS Budge Studios was founded in 2010 with the mission to entertain and educate children around the world, through innovation, creativity and fun. Its high-quality app portfolio consists of original and branded properties like Barbie, PAW Patrol, Transformers, Strawberry Shortcake, Hello Kitty, DC Super Hero Girls, and more! Budge Studios maintains the highest standards of safety and age-appropriateness, and has become a global leader in children’s apps for smartphones and tablets. Visit us: www.budgestudios.com Like us: facebook.com/budgestudios Follow us: @budgestudios Watch our app trailers: youtube.com/budgestudios HAVE QUESTIONS? We always welcome your questions, suggestions and comments. Contact us 24/7 at [email protected] MY LITTLE PONY and all related characters are trademarks of Hasbro and are used with permission. © 2017 Hasbro. All Rights Reserved. Licensed by Hasbro. BUDGE and BUDGE STUDIOS are trademarks of Budge Studios Inc. 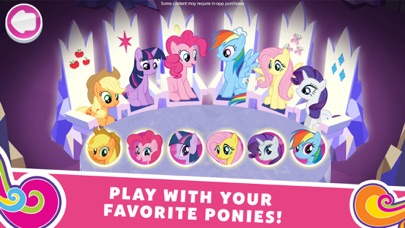 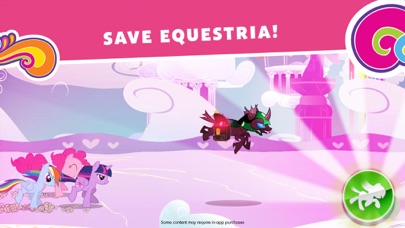 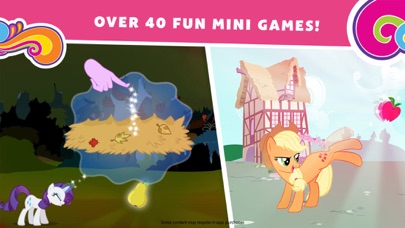 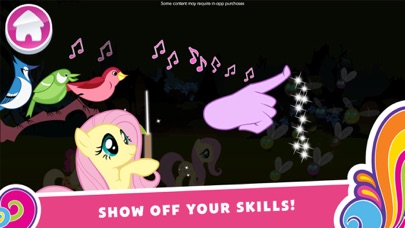 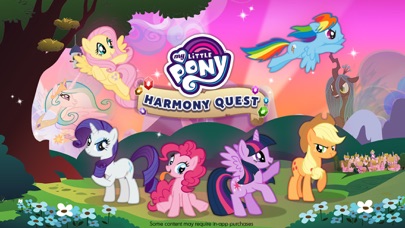