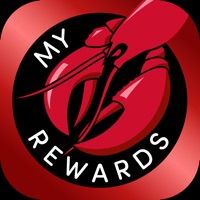 My Red Lobster Rewards℠ Earn points toward delicious rewards every time you eat at Red Lobster. Valid at any Red Lobster location in the U.S. (excl. PR and Guam) MEMBERSHIP IS DELICIOUSLY SATISFYING You’ll earn 1 point for every $1 you spend on meals at Red Lobster. YOUR PERKS START RIGHT AWAY That’s over halfway to your first mouth-watering reward. It’s just a little welcome gift from us to you! EASY EARNING Just scan your receipts with the app, then watch your points pile up to free rewards. CHOOSE THE REWARD YOU WANT Every time you reach 125 points, your reward is up to you. Choose 1 of 3 tempting options. MEMBERSHIP BENEFITS Get exclusive offers, level up for incredible extras, and earn points toward irresistible rewards. GET DELICIOUS DEALS Members are the first to hear about Red Lobster offers and events. MORE TASTY FEATURES Use the app to find the closest Red Lobster, join the Wait List, order Red Lobster To Go and explore our mouthwatering menu. Subject to terms and conditions at redlobster.com/terms-conditions 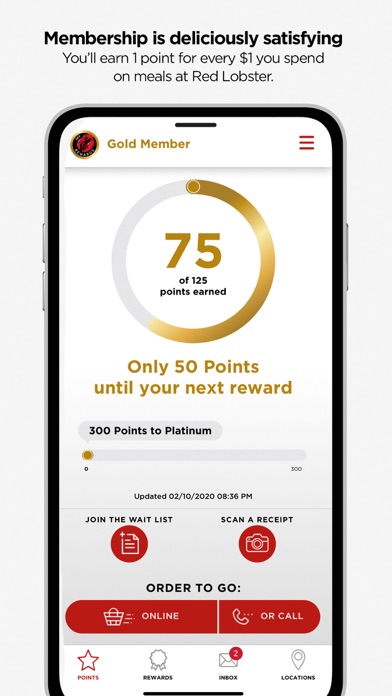 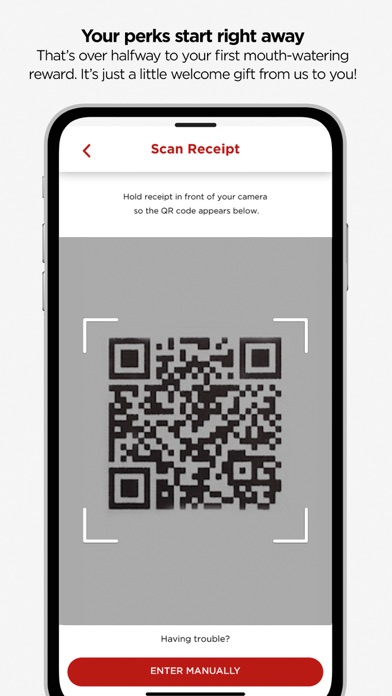 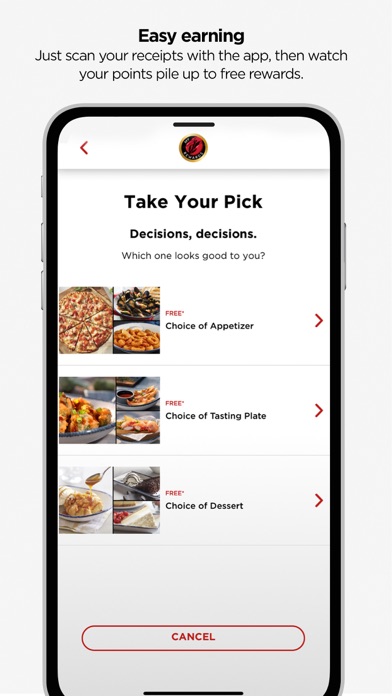 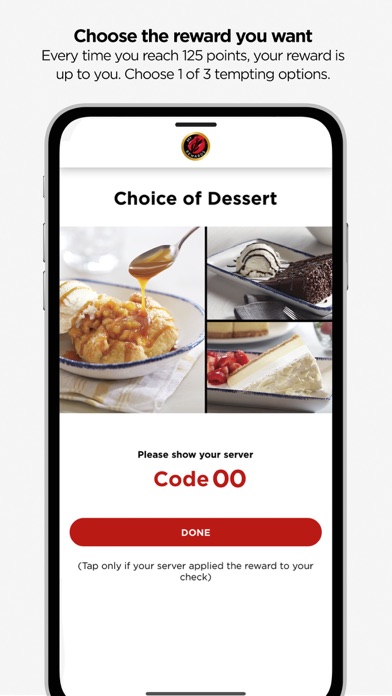 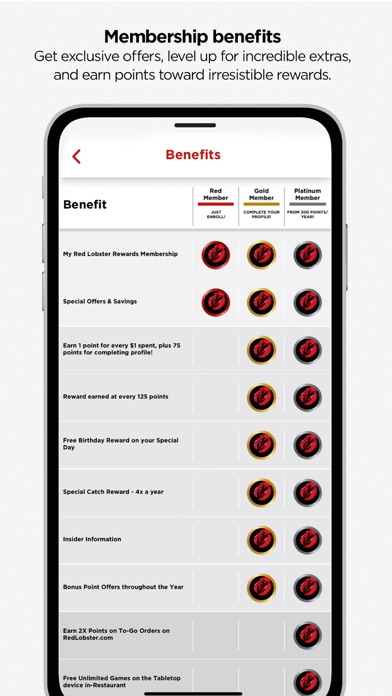